Indianapolis woman claims she parked legally downtown, but her car was towed 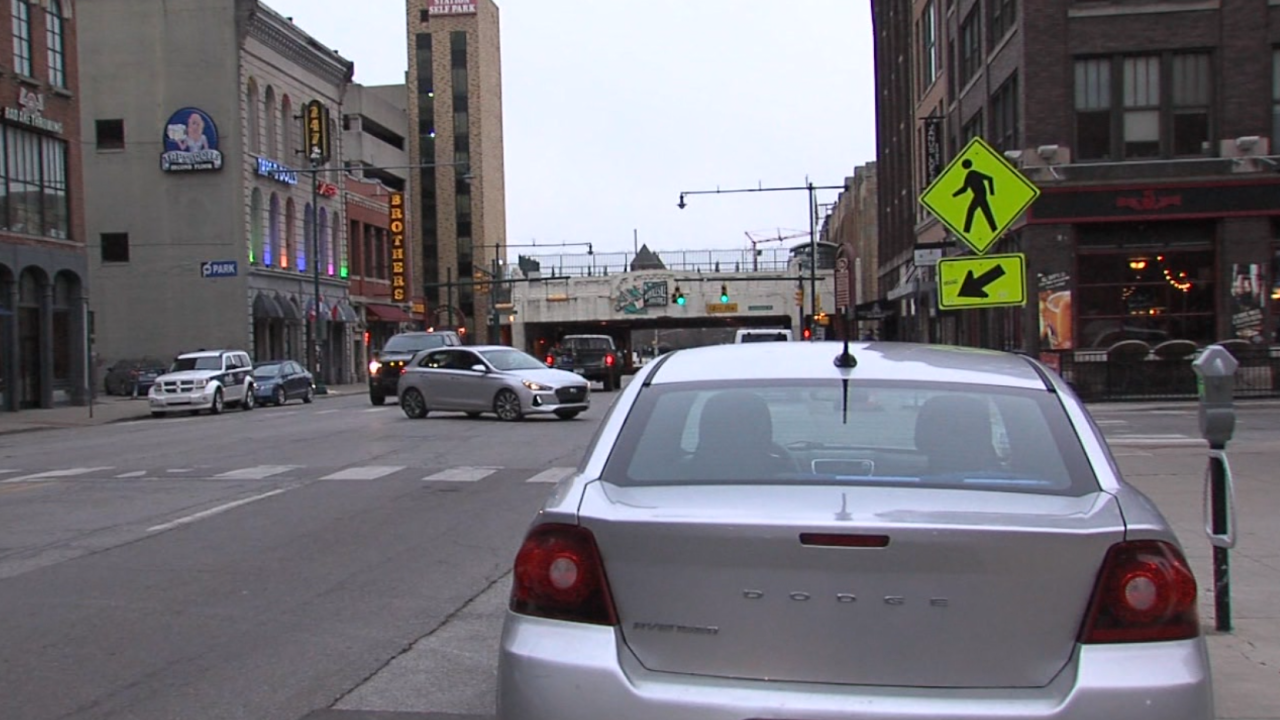 Correction: Due to an error in the reporting process, a previous version of this story did not include a response and context from the Indianapolis Metropolitan Police Department regarding Ms. Guzman's assertions. A full response from IMPD has been added. Video that was previously attached to this story has been removed because it did not reflect a fair and balanced account of the situation. RTV6 regrets the error.

INDIANAPOLIS — When Amy Guzman parked her car downtown at 9:30 p.m. Saturday, she expected it to be there when she returned. But after spending a few hours in the bars on South Meridian Street, she realized her car was gone.

"So I went over there was like a line of police cars and I went and asked three different ones," Guzman said. "None of them would admit who did it, but they all said it was a police officer and then they told me where to go to get my car."

Guzman learned her car was towed and ticketed by the Indianapolis Metropolitan Police Department. The ticket written at 11:15 p.m. led to a $20 fine and a $150 fee to get her car from the towing company. Guzman said she was legally parked, but her ticket tells a different story.

"The police over here said maybe it was a place that we weren't supposed to park, even though the actual meter and everything on that street says its fine to park, but then I got a citation that said I wasn't parking in an actual spot," she said.

Guzman said she parked her car in a place where three cars can physically fit, but the city says it's only metered for two.

In the time RTV6 met with Guzman Thursday evening, another car parked in the same spot.

"There's no signs. I don't even know if there's any law on the books that says you cannot park if more than one car fits in a space. If they want a ticket for that I could see, but to tow you I don't think that legal as far as I'm concerned," she said.

RTV6 received the following response from the Indianapolis Metropolitan Police Department regarding the situation:

There are parking restrictions on the meters on South Meridian between Jackson and Louisiana overnight from 9PM-7AM on Fridays and Saturdays, into Sunday morning. There is one handicapped meter in the area is not affected and is not enforced by those same restrictions...In this particular instance, this individual was parked north of Jackson where there are no regular weekend restrictions - thus, when you visited the area, there would have been no signs. However, the area of 210 S. Meridian in question has parking for one meter and one handicapped meter only. The individual had parked their car behind these spaces...which is not a valid parking space. For this reason, the car was ticketed and towed.

Guzman is a single mother in school and she said she doesn't have room in her budget to pay for parking tickets. She said she hopes the city does something to make the rules for parking on South Meridian a bit more clear, or at least as clear as the fine print on her parking ticket.

"Like in Broad Ripple, there are signs that are very clear about where you can park and where you can't park and when you can be towed, so they need to make it clear either by laws or signage or something," Guzman said.