The application process is open now 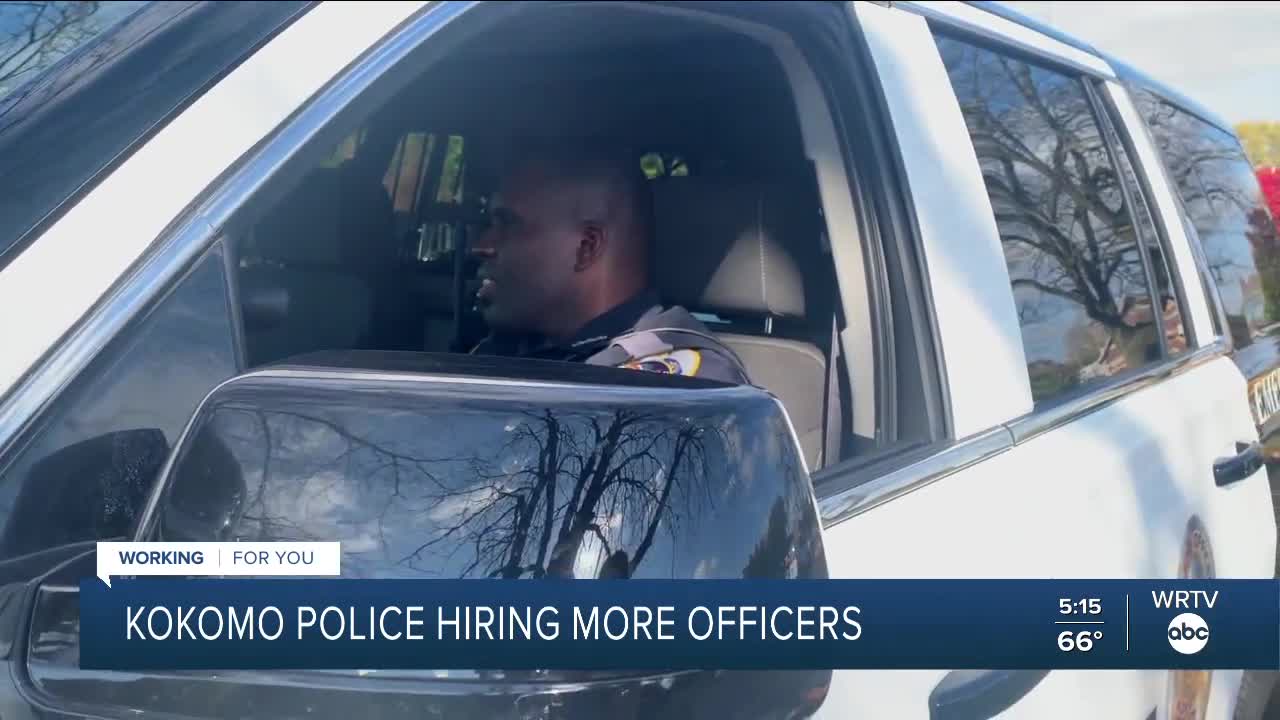 Kokomo Police are looking to hire two dozen new officers to better meet the needs of the community.

KOKOMO — A major recruiting effort is underway in Kokomo as the city looks to increase the size of their police department and better meet the needs of the community.

The department is looking to add 24 officers to its current force of 79.

Mayor Tyler Moore says he made public safely a priority when he took office this year. He said the police department has been understaffed for a while now, and this is an effort to fix that.

Recruiting new officers isn’t easy though. Moore says they recently released a commercial that will air in the Indianapolis and South Bend markets as they look for experienced applicants.

The commercial also says officer pay will increase by 20 percent over the next few years.

“The goal behind it was to let those in law enforcement know that despite a lot of calls for other parts of the country to defund police departments and such, here in Kokomo we've taken a different approach," Moore said. "We appreciate law-enforcement. We support law enforcement and we wanted to get that message out."

He says having the appropriate staffing will also allow officers to better connect with those they serve.

“The current diverse chemistry of the department does not accurately reflect this community, so one of our goals is definitely to improve the diversity to better mirrors the make-up of our community,” KPD Chief Douglas Stout said.

Overall, he says the impacts of additional officers will be felt by both the department and community.

“What the community is going to see is better response times and with an increase in morale from the officer comes an improved quality of service and that's what I believe this is going to accomplish,” Stout said.

One officer who has been with the department for 18 years said he knows the right applicants are out there. He is hoping they will consider moving to Kokomo.

“It's not tough being a policeman when you're born with a service heart," Officer Edith Forestal said. "Regardless of what's going on, it doesn't matter what kind of volcanoes are going off, you have a service heart. You want to serve. You want to protect.”

According to Moore, the city budget already allows for the hiring of 14 new officers. An additional 10 will be funded through grants.