Local, state and federal agencies all working together 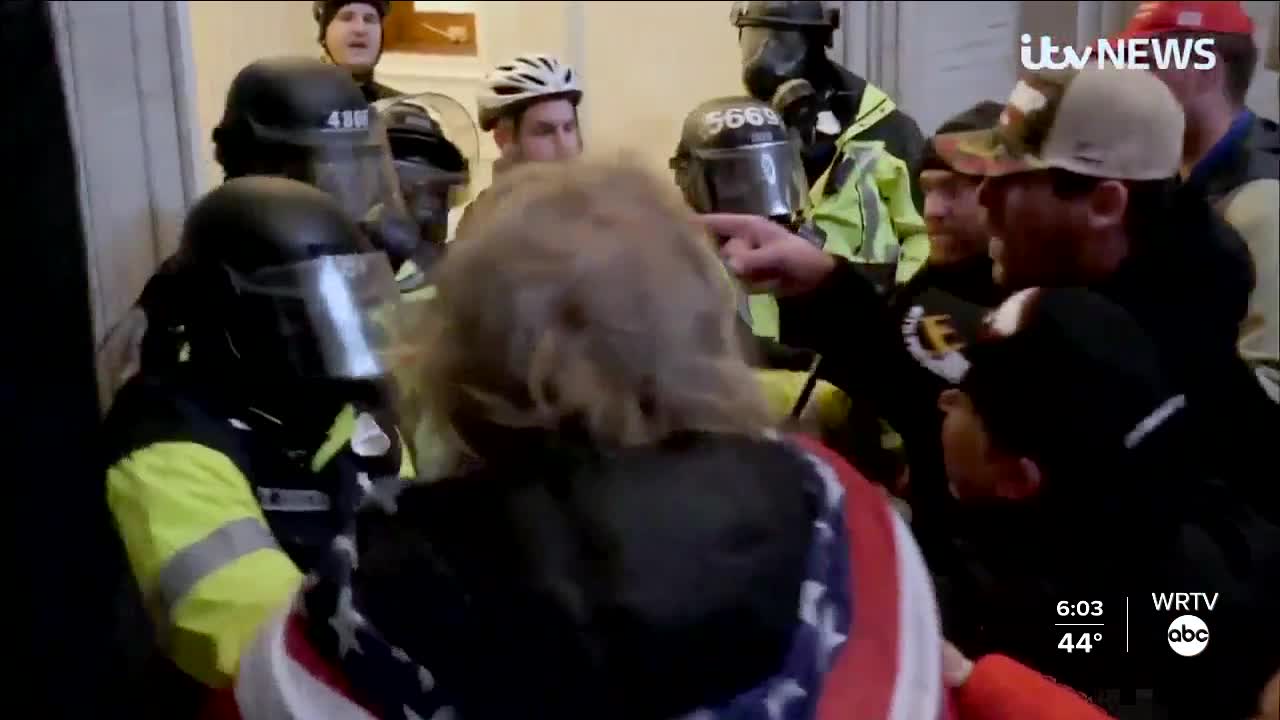 Law enforcement agencies are hard at work gathering information and making plans after a bulletin from the FBI warned of potential armed protests at all 50 state capitols ahead of President-elect Joe Biden’s inauguration. INDIANAPOLIS — Law enforcement agencies are hard at work gathering information and making plans after a bulletin from the FBI warned of potential armed protests at all 50 state capitols ahead of President-elect Joe Biden’s inauguration.

It was a chaotic scene some law enforcement and public safety experts say should have never happened.

“There are eight signs of a terrorist event, but really what you're looking for are threat, intent, and capability,” said William A. Foley, Jr. Foley is a Senior Lecturer at IUPUI and his background includes working with the Department of Homeland Security and Department of Defense.

He said while he can’t talk specifics, he can tell us why local and federal officials are working to prepare for any additional protests.

“They've got threat and they've got intent, so what they're doing now is they are preparing capabilities," Foley said. "They are going to get resource capabilities out to stop something like this.”

He said there is also a lot of research happening around the clock.

He said all of those agencies are working together to share information.

He also thinks there is something to be learned from what happened at the Capitol last week.

“I think more attention will be paid to capabilities," Foley said. "Threat assessments are good, but you have to marry that to your own capabilities, and they fell short there. We have the right of the First Amendment for demonstrations, and we need them. That is what keeps democracy vibrant, but when a demonstration turns into a riot that's a different matter.”

They released the following statements.

Indianapolis Metropolitan Police Department:
“IMPD is closely coordinating with local, state, and federal law enforcement agencies in Indianapolis as Inauguration Day approaches. We are aware of the reported social media chatter and will remain focused on monitoring all available intelligence over the coming days and weeks. Officers will continue to have a visible presence at any planned demonstrations in our community and are prepared to intervene should violence or property damage occur. Residents who may have information about a potential threat to our community are asked to report it to Crime Stoppers of Central Indiana at 317-262-TIPS.”

Indiana State Police:
“We are aware of postings on social media and we will continue to monitor that while also communicating with our local and federal law enforcement partners. While we do not speak to specifics as they pertain to operational and security measures, we are prepared to provide the necessary security for the Statehouse and its adjacent campus.”