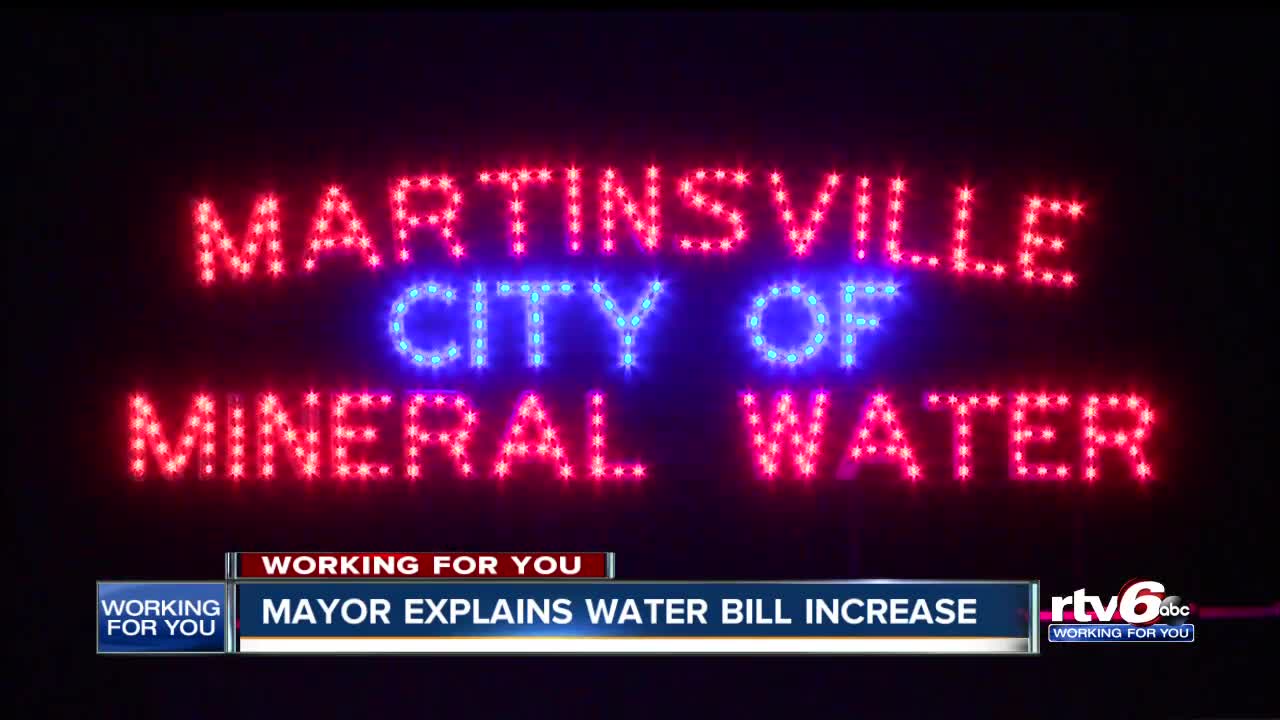 Martinsville's mayor explained water and sewer rate hikes and an abandoned plan to pay for an entertainment stage using those funds.

MARTINSVILLE — Water bills have been a touchy topic for people living in Martinsville.

In November, residents reached out to RTV6 after they noticed a hike in their sewer rates.

At the end of January, RTV6 received several messages about something else water related. This time, it involved an entertainment stage. The city council voted to use some money from the water and sewer funds to help purchase it.

Mayor Kenny Costin says the rate hikes for sewer were needed to maintain infrastructure. He says it’s something that should have happened years ago, but kept getting pushed back.

“If it had been a situation where over the last ten years, the sewer rate would have been increased five dollars a year, no one would have really noticed,” Costin said.

At Monday’s Board of Public Works Meeting, six addresses were approved for a sewer adjustment. Costin says the city is always willing to go over your bill with you and make adjustments as necessary.
He also says smart meters are now allowing for more accurate readings, that’s why water rates for some people have gone up.

A entertainment stage costing no more than $150,000 is now on hold after an incredible amount of backlash. Costin says he should have known better than to allow some of the money to pay for the stage come from water and sewer funds, considering people are still upset about last fall’s rate hike.

"That's completely my fault," Costin said. "It should not have been voted to take those funds out of water and sewer."

Costin says he and the council are looking over the city’s finances to find the best way to buy the stage. It’ll be discussed at a later city council meeting that’s TBA.

Despite ongoing concerns about the water, the mayor says it is safe to drink because of the filtration system they use to deal with contamination from the Pike and Mulberry Streets Superfund Site.

“The water is safe to drink as long as we’re running it through our charcoal filter,” Costin said.

Last week, citizens learned about the health risks associated with the contaminants and how they city, with the help of state and federal groups, plan to clean it up.