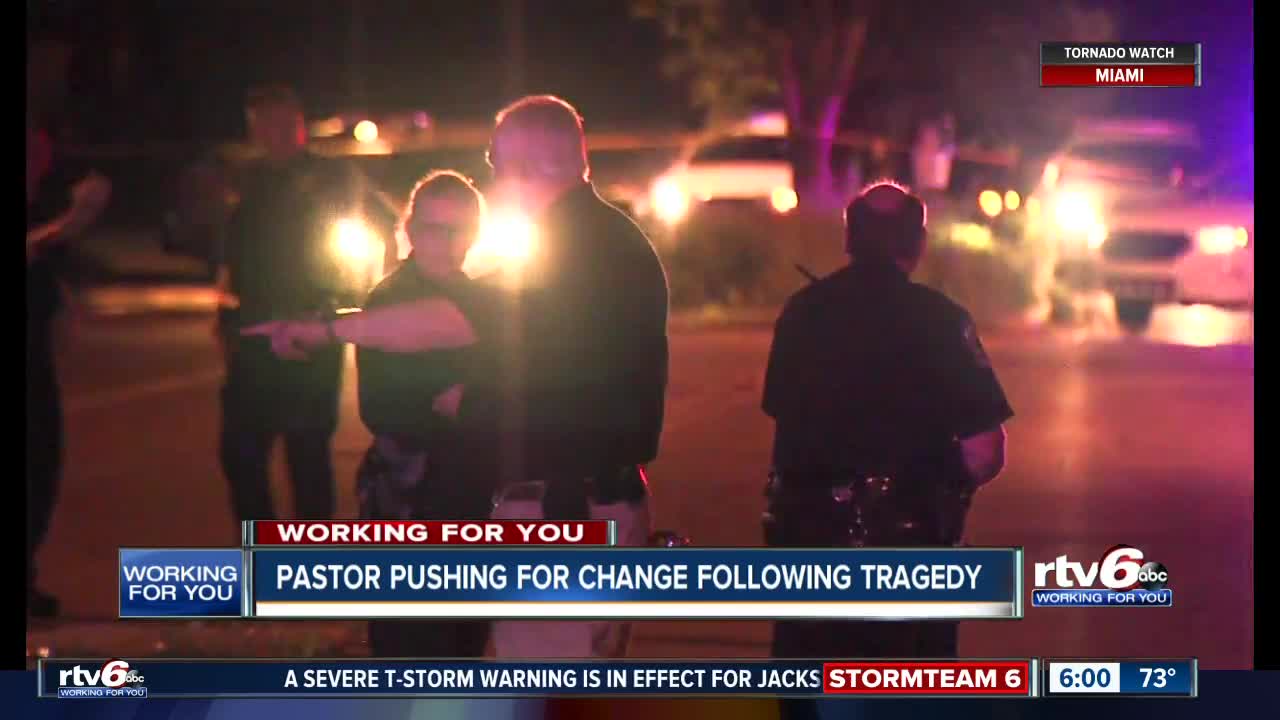 A local minister is calling for change and sidewalks after three teenagers were struck and killed early Saturday morning on the northwest side of Indianapolis.

INDIANAPOLIS — A local minister is calling for change and sidewalks after three teenagers were struck and killed early Saturday morning on the northwest side of Indianapolis.

The teens were struck just before 1:30 a.m. while they were walking on the road near West Kessler Boulevard North Drive at Nobscot Drive, police say.

Their identities have not been released.

Purpose of Life Church Pastor David Greene Sr. says he wants this to be the last time yellow crime scene tap is brought out in front of his church.

"My heart was saddened because we have been talking about the need to get some sidewalks down the street, especially in an incident where these young people were just walking back to this destination," Greene said.

This is alarming, he says, because it isn't the first tragedy here.

Greene says he's reached out to city officials and is hoping they will make changes.

"We need sidewalks to get from here down to the closest bus stop, which is 30th and Kessler," Greene said.

He says the city could extend a trail down to 38th Street and Kessler Boulevard to help keep people walking in the area safe.

The church is holding a vigil at 10 a.m. Monday in memory of the victims.

RTV6 has reached out to the city of Indianapolis and is awaiting a response.