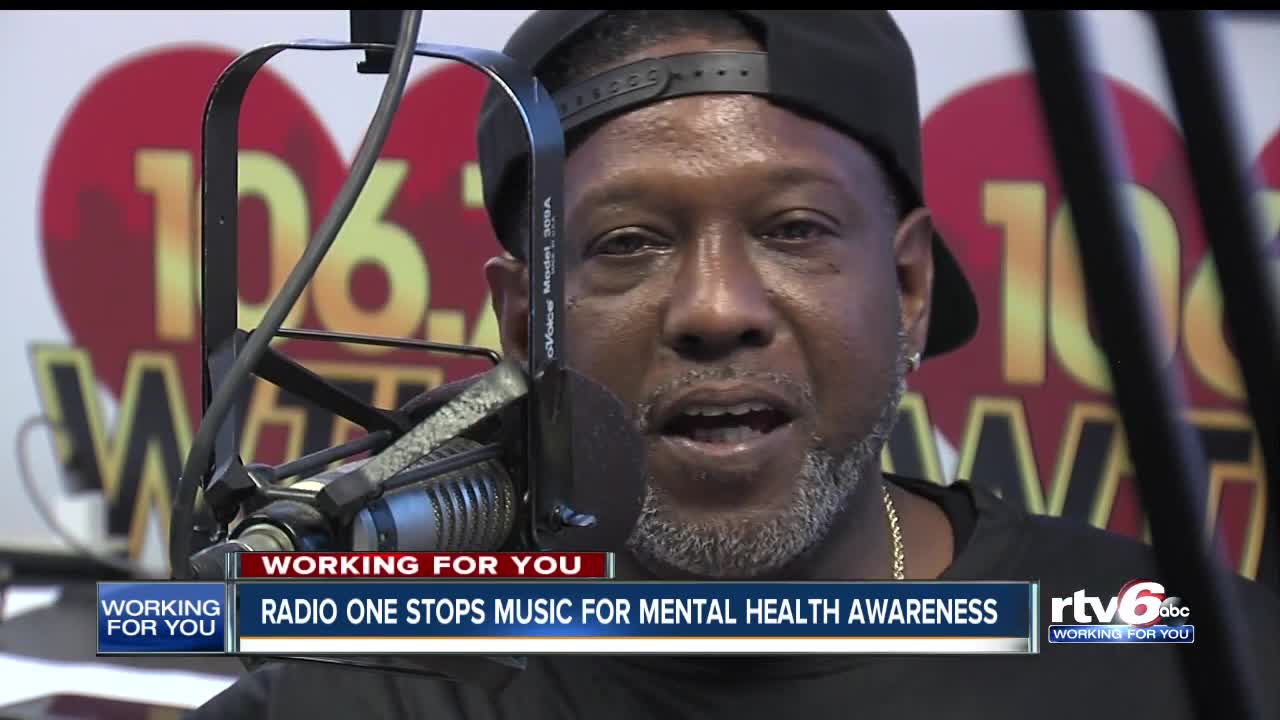 INDIANAPOLIS — In radio, when a station that is supposed to play music isn't playing music, that's usually a big problem. But that is about to be done on purpose when Radio One stations stop the music to talk about suicide prevention and mental health.

Tuesday is World Suicide Prevention Day, and Radio One Indianapolis wants to get rid of the stigma surrounding mental health by turning off the music from 10 a.m. to noon and talking about the warning signs.

In broadcasting, it is said those behind the mic have a duty beyond entertaining, to inform and serve. That's a mission Radio One regional vice president Deon Levingston is making priority one when his five Indianapolis stations stop normal programming to talk about an issue hitting black and brown families especially hard.

"For World Suicide Prevention and Awareness Day we are gonna stop the music for two hours. Suicide is impacting teenagers, young adults, the Hispanic and African-American Community at alarming rates and we're going to address it," Levingston said.

"The stigma in the African-American and Latino community is real," Levingston said. "And as people are addressing more and more mental health issues we have to break through that stigma so people realize its OK to talk to a counselor. It's OK to tell people this is happening in your life."

Levingston said he realized it was a conversation that needed to be encouraged after talking to his own children who have friends who have tried to end a temporary problem with a permanent solution.

"I have a 24-year-old and a 20-year-old and, unfortunately, they have seen several members of their class attempt suicide," Levingston said. "That's something at that age, you're just beginning your life. You shouldn't be ending your life at 20 and 24."