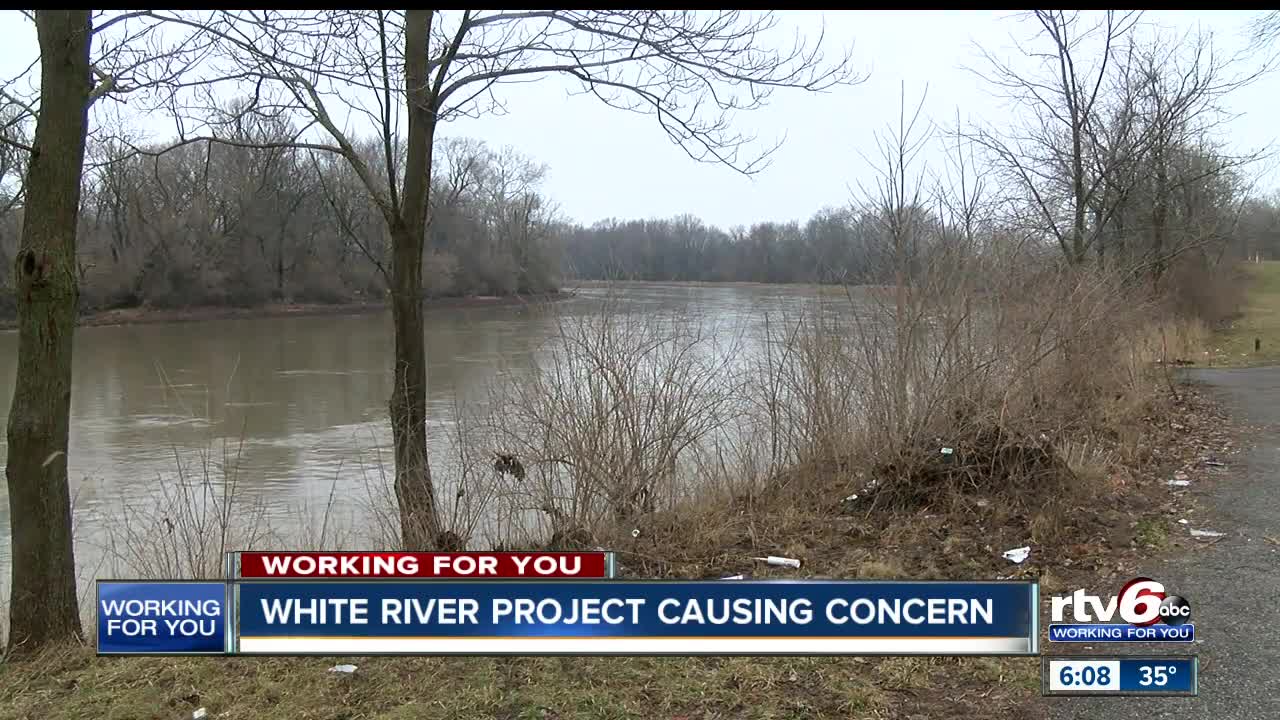 People who live in the Riverside area along the White River on the near west side are worried about a Citizens Energy Group proposal that could shake up their neighborhood plans. INDIANAPOLIS — For more than a century, the Emerichsville Dam did its job before it was damaged in 2018.

Residents like Derek Tow moved to the Riverside neighborhood to be next to Lake Indy, which was created from the White River.

"We want to rebuild the dam so we have our full river back," Tow said. "It's a beautiful river. It is a nice, big flowing river."

Residents fear the big, flowing river might become a stream since Citizens Energy Group proposed construction of a rock ramp. The energy company said water intake has suffered since the dam failed because the water is too shallow.

"It's really an insurance policy for our water supply right here in Indianapolis," Citizens Energy Group communications manager Dan Considine said. "It's vitally important that we have the ability to pump that water right out of the river into the canal."

Considine said location where the dam was once located won't work. It is too expensive and energy customers could end up footing at least some part of the price of the project. Taking that into consideration, Citizens Energy does not want to pass along a larger than necessary bill.

"We are really narrowing it down to two sites. One north of 30th Street, which would be least expensive, but easiest to build," Considine said. "One located in Riverside Park south of the boat ramp, and that site would restore much of what was known as Lake Indy."

The project won't start until the summer of 2021. Considine said Citizens Energy Group is still listening to residents' concerns.

Tow and Ronald Rice said they don't want to fight, but they want solutions and they said they have some ideas that should accommodate everyone. They said they have planned their entire future around the river, and they aren't ready for the change construction in a new location could bring.

"The masterpark plan is basically set up around the river," Rice said. "That is what Riverside is known for. It is our greatest natural resource."

Three neighborhood meetings will be held to discuss the plans for the White River in Riverside: