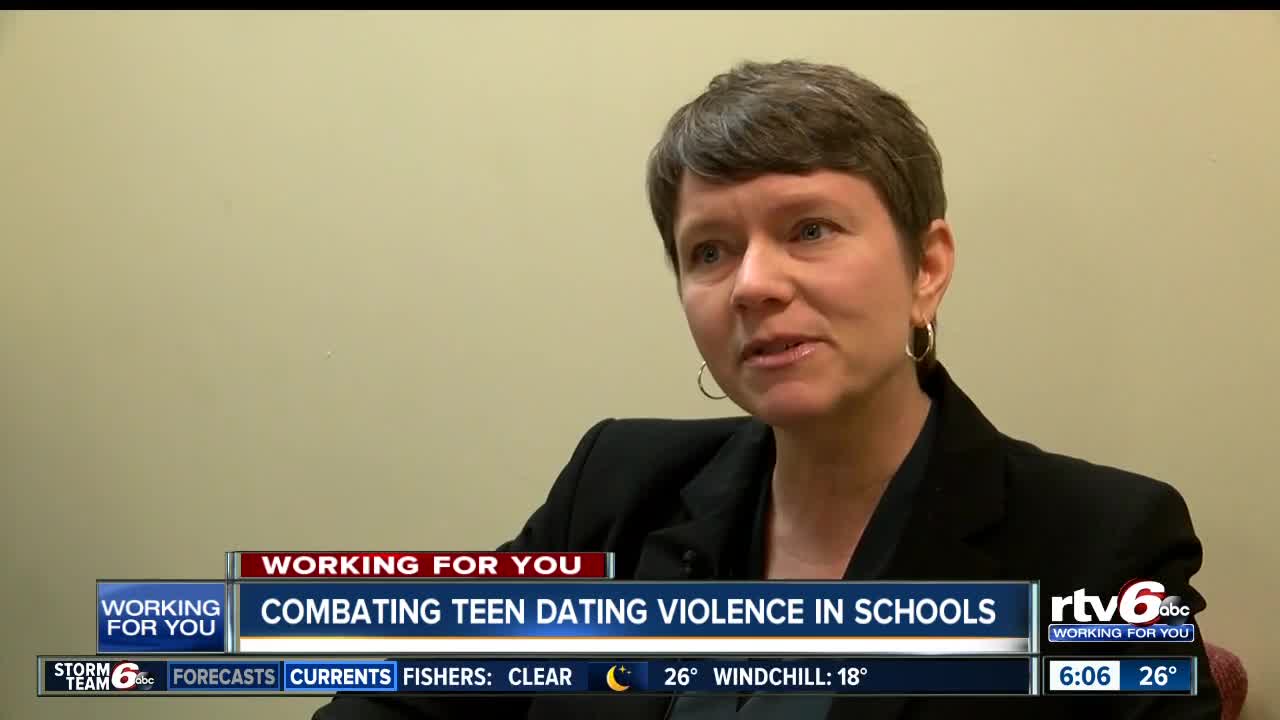 MUNCIE — Dating violence among teens is a growing problem across the country, and school policies are being looked at as a way to curb the increasing number of students impacted by it.

According to a study out of Ball State University as of right now, most schools don't have a plan when it comes to taking action against teen dating violence.

What this study found is that more than 75% of the high school principals interviewed nationwide said they didn't have a set protocol when it comes to responding to teen dating violence. Meanwhile, more than 50% of those same principals said they've assisted survivors in the past two years.

She said it's vital that schools are proactive when it comes to combatting teen dating violence by adopting new policies.

"It clarifies for staff what their responsibilities are; it gives them guidance. Most policies include training for staff to prepare them to notice when abusive behaviors are happening so that they can proactively intervene and stop it before it escalates," said Yeakle.

The author of the study says some principals said dating violence is a minor issue and said quote "we are not here to deal with dating problems."

"You know eight hours a child has to spend with you, and it becomes your responsibility whether you want to call it a social responsibility, moral, ethical legal it is a responsibility, and you have to believe that children find schools to be their first source of contact for health care, social problems, academic problem, and relationship issues," said Jagdish Khubchandani, professor of health at Ball State University.

Yeakle said because of the Title Nine Law here in Indiana, schools are supposed to have policies in place when it comes to violence and abuse.

Click here for a link to model policies that can be used in your school.