'She deserved something as magnificent as that:' Officer Leath's parents grateful for IMS 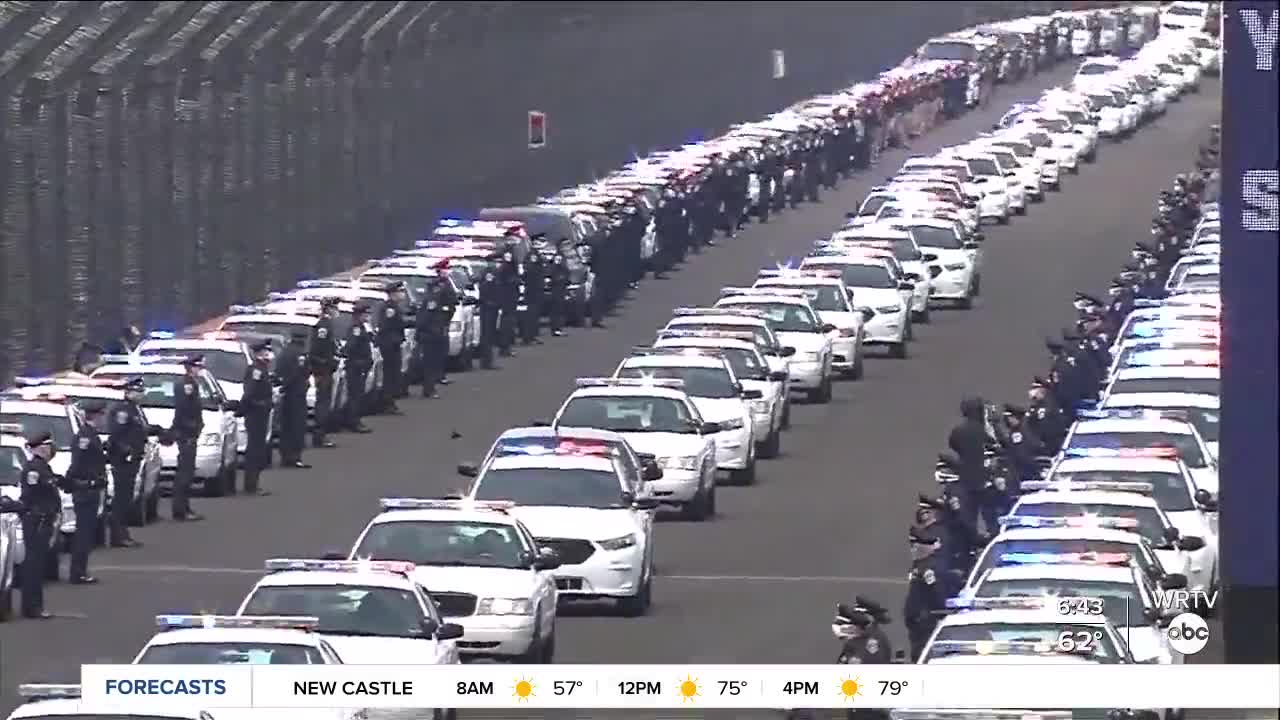 INDIANAPOLIS — Although the Indy 500 was moved to August because of the pandemic, it will still be a special race weekend for Indianapolis families.

The iconic race track has taken a new meaning, especially for those remembering a hero—those in need of a diploma, and those hoping for the end of a curse.

The oval at 16th and Georgetown is where speed is defied, where drivers dream of a destiny with the Borg Warner trophy, a place that's shifted gears bending to the curves of history.

The Indianapolis Motor Speedway has served as an airfield during World War 1, the hosting site of the high school graduation for Speedway High School seniors during the coronavirus pandemic, and, in April, routine tours and tire testing gave way to tears and testimonials for fallen Indianapolis Metropolitan Police Department officer Breann Leath.

"She deserved something as magnificent as that," Jennifer Leath, Breann's mother, said. "She was always kind, always tried to do the best, and help somebody out."

Because of COVID-19, the track offered the best and most prominent space and place for officers to social distance.

"The grandeur. It was breathtaking, it was absolutely beautiful," Jennifer said.

"It will be forever etched in my mind," Tom Leath, Breann's father, said.

Breann's parents have never been to the race because, as members of law enforcement, they usually work on race day. Mom was a dispatcher, and dad is still a Marion County Sheriff's reserve deputy.

"I know all the efforts that go into having a good race day, so the day of the funeral when everything — all the planning and stuff — it blows your mind," Tom said.

The couple who raised a community champion is well aware of those on track to make history, most notably Marco Andretti taking the pole among 33 drivers, 33 years after his grandfather Mario marked a similar milestone.

"I grew up with Mario winning, so I'd like to see that name Andretti so that name means a lot to race fans, so I hope he has a good day."

For the Leath's family, the Speedway is a place of solace, to them a site like no other.

"They put their heart, and it's showing that love of the 500 to my daughter. I will forever see that track totally different. I see it for race fans but also to families too, that lost a hero," Tom said.

A memorial fund has been set up to benefit Bre's 3-year-old son, Zayn. The Central Indiana Police Foundation is managing the fund.