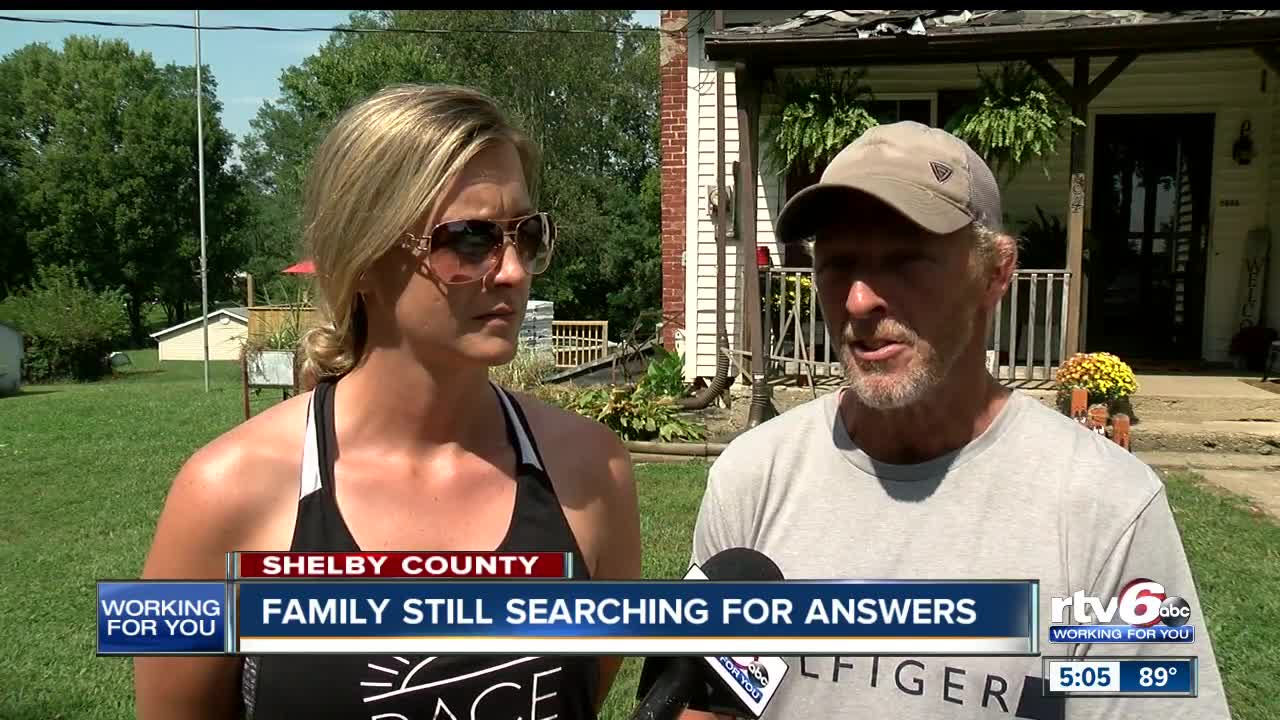 The Giles family spent Monday night camping at Heflin Park in Edinburgh. They expected to make a quick stop at home to select clothes for their children's picture day at school and then return to the campground, but those plans quickly changed.

SHELBY COUNTY — A family is still looking for answers a day after they returned home from a camping trip to find their roof missing.

Kevin and Shellie Giles first made the unwelcome discovery Tuesday morning when they entered the driveway of their Shelby County home and found a situation nobody expects.

Someone had removed the roof shingles from their house and while they first thought it was vandalism, they quickly realized it was likely roofers who went to the wrong house, started working and left without providing an explanation.

The Gileses said they are waiting for a contractor to provide an estimate and another has offered to do part of the work for free, but the insurance company will not be able to assess the situation and take pictures for two days. They can finally move forward once that is handled, but the threat of rain later in the week means the clock is ticking.

"It's been aggravating, you know, to be on the phone, all the time, with the insurance and waiting and having contractors come out to give estimates," Shellie Giles said. "It seems like we're getting nowhere and the rain is coming Friday, so we've gotta get something done soon."

But the biggest unanswered question remains: Who removed their roof, and will they accept responsibility?

"We haven't heard anything from the police to find anyone," Kevin Giles said. "We've traveled around looking for places that may be roofing their houses to see people, but we haven't seen anyone. So, we're still at a standstill for the moment.

"We understand people make mistakes. Obviously, come back and make it right. You can't just leave someone's home torn apart and not come back and say something."