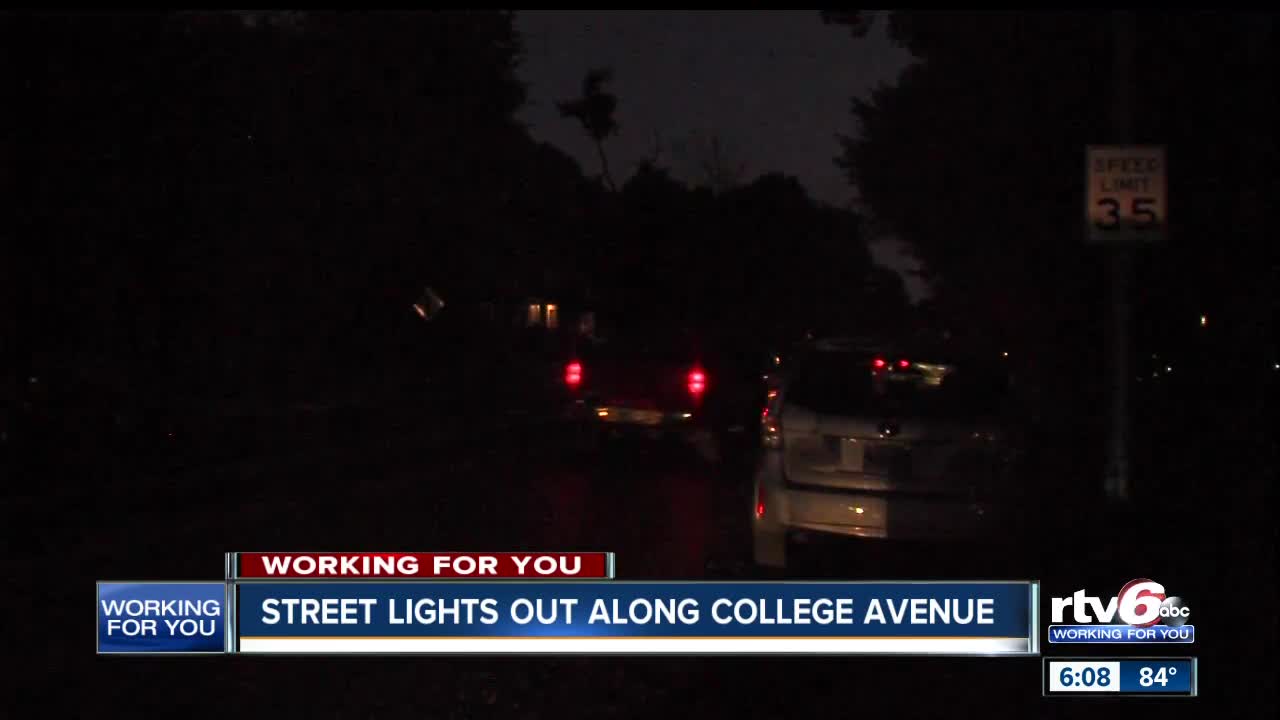 INDIANAPOLIS — The only thing lighting the street between 38th Street and 42nd Street on College Avenue at night time are car lights.

"We have lights on, and then poof one day the lights are gone, and we are left out in the dark — literally and figuratively — as to what's going on," Jared Hall, who lives along College Avenue, said.

With more people getting on and off the new IndyGo Red Line, folks who live in the area say they can't walk to and from in the area at night when it's completely dark outside.

When Hall reached out to Indianapolis Power and Light — like some of his other neighbors — he was met with confusing responses.

First, they told him the lights were out for Red Line construction. Saying: "They needed to be disconnected temporarily for safety and construction reasons."

Then, a month later and construction now complete, IPL told him they either weren't notified of its completion, the city could have decided not to restore the lights, or there could be underground damage they weren't aware of.

"We all keep getting the run-around," Hall said. "Either it's because of the Red Line construction, which is now done, or it's because IPL just doesn't know what's going on."

No matter the excuse, Hall just wants to be able to see and walk around safely at night.

"That's all I want. I just want the lights back on so it's safer," Hall said. "I've got a family and three kids. My wife comes out at night too sometimes, and everybody around us, we should feel safe out here in our homes in our neighborhood where we live."

IPL says there is still a lot of Red Line post-construction work that crews have to do. Their team is meeting with Red Line contractors to develop next steps to repair the cables underground and turn the lights back on quickly.