Teen speaks about vaping safety concerns after being on life support 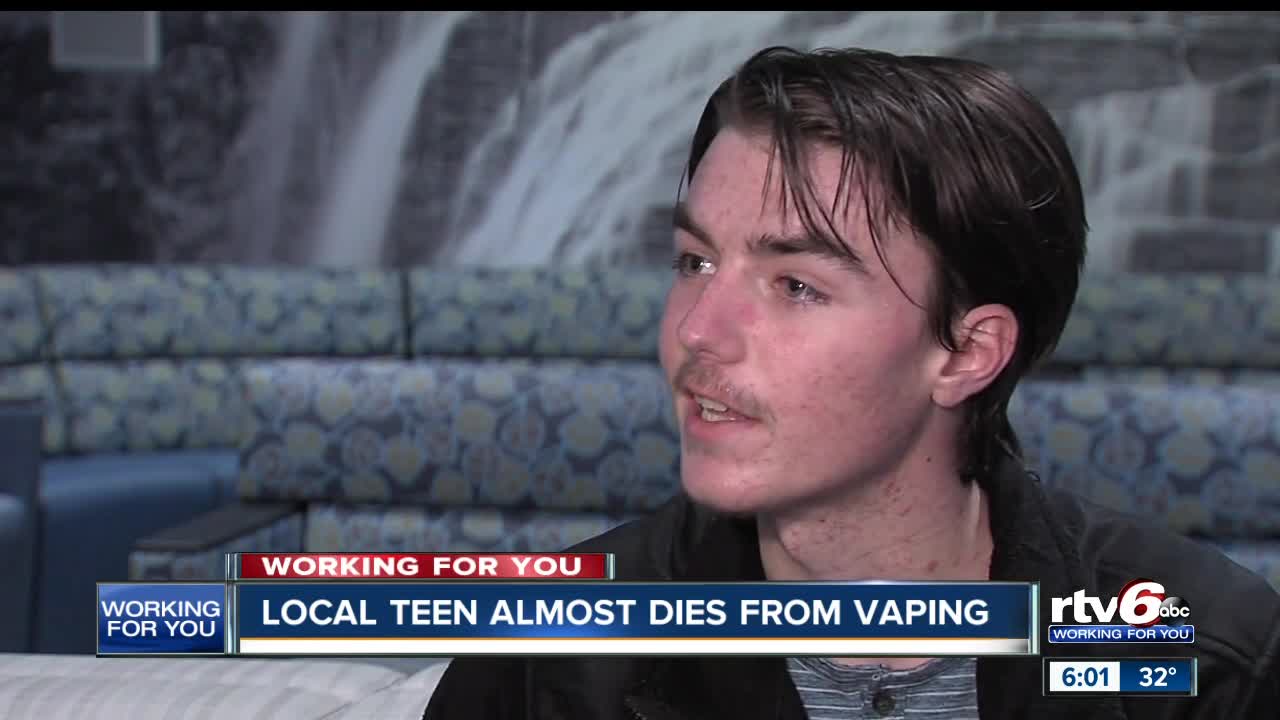 After spending a week on life-support due to vaping, an Avon teen is breathing on his own again and warning others about the safety concerns.

AVON — After spending a week on life-support due to vaping, an Avon teen is breathing on his own again and warning others about the safety concerns.

Avon High School junior Tyler Ware, 17, was in the hospital for 10 days and just one step away from a lung and heart bypass.

"I was scared," Ware said. "But mostly I was scared for my mother because I didn't know who was going to be there to take care of her while I was asleep."

Stacey Ware, Tyler's mom, says she thought he had a cold or the flu. Doctors say he had double pneumonia, massive destruction and fluid in his lungs.

"That is very close. It's as close as you can get to being dead," said Dr. Nizar Kaherallah at the Peyton Manning Children's Hospital at St. Vincent.

Five people have died in Indiana so far due to what the CDC is calling a vaping-associated lung injury. Kaherallah says Tyler is the first patient with a vaping-related injury he has treated.

Tyler says he started vaping his freshman year and was eventually vaping daily.

"I would say the trend is addicting," Tyler said. "It's one of those things where it's addicting to fit in with everybody else."

Stacey says it's time for parents to have a serious conversation with their kids about the dangers of vaping.

"We learned a valuable lesson and I hate that he was the example but I'm extremely proud that he's gonna sit here in front of you all today and say I messed up," Stacey said.

It is unknown what was in the vape that caused Tyler's injury, but it is under investigation.

Tyler says you should talk to your doctor about vaping and the health issues it may be causing if you don't feel comfortable talking to your doctor.

If you need help to stop vaping you can text "Indiana" to 88709. You will get tips on how to quit and support for at least 60 days after your quit day.