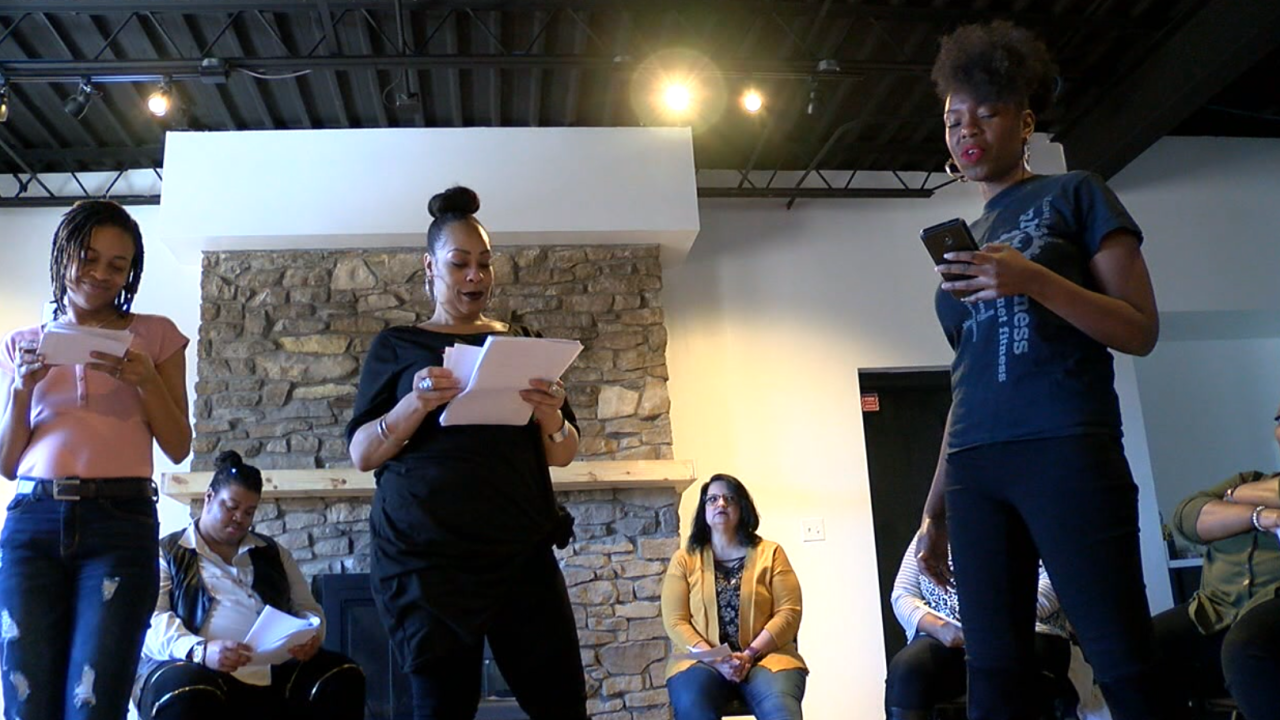 INDIANAPOLIS — An Indianapolis production of The Vagina Monologues, put on by Empowered Living Inc, are letting people, especially women, know that they can use their voices to talk about tough topics like rape and other forms of sexual assault.

One in three women experience sexual violence in their life, according to the Center for Disease Control and Prevention. This is one reason why Empowered Living Inc., a local mental health practice, is putting on the play.

"A lot of the stories that are told, some of them are not pretty, some of them are hard and raw, but they're actually, truthfully, their feelings and they're telling their truth," Athena Salisbury with Empowered Living said.

Local women have been rehearsing these stories for weeks. All of them are based on true experiences collected from women around the world by the play's creator Eve Ensler. Many of them involve rape.

"Rape is not new," Salisbury said. "The more we talk about it, the more we can change that culture and that's what we're doing with this play."

Salisbury says rape is a problem she has faced first-hand.

"I dated somebody," Salisbury said. "I told them no and he just kept going. It took me a long time to realize that I was actually raped. I never grew up being told, this is what rape looks like and I thought well, he's my boyfriend, but he forced me to do this."

Salisbury says experiences like that are why The Vagina Monologues is so important.

"You're not alone and if you are hurting, you have a safe place to go," Salisbury said. "If you don't want to try out Empowered Living, we will find you a place. You do not have to suffer alone."

Performances of The Vagina Monologues will be happening this March 6th, 7th, and 8th at Launch Indy. You can buy tickets here. Money raised from the event will help Empowered Living to provide free and subsidized services to those needing therapy.