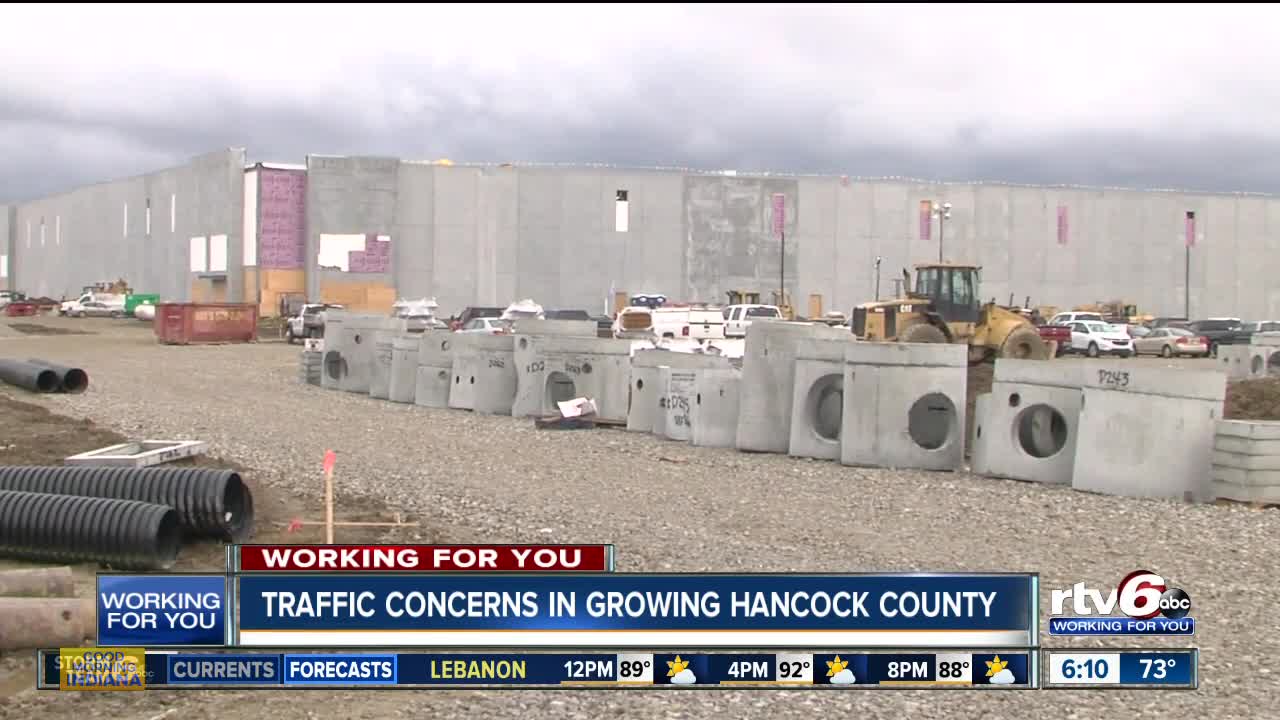 Some Hancock County residents are concerned about traffic issues as new companies move into the area.

HANCOCK CO. — The area surrounding Marion County continues to grow with new businesses and large companies moving out to the suburbs.

Earlier this year, Amazon announced they would be moving into a building in Hancock County, and they plan to employ 800 people.

While one resident says growth is good, she's concerned the proper plans aren't in place.

Mary Candlish lives in a subdivision off of 600 West, also known as Olio Road. She says as construction for new big businesses continues, she's concerned about traffic heading south towards I-70. The road has always had a problem with back-ups. It's a two-lane road for several miles, and Candlish thinks the county should widen the road to a four-lane highway before things become dangerous.

"You are dealing with the railroad tracks too, so if your house is on fire, there's a bad car accident … the traffic isn't going to move," Candlish said. "Anytime you can bring business and jobs for people, absolutely, that's absolutely positive. But, you know, plan for it and prepare for it. We are already jammed up and can't get through."

RTV6 spoke with Randy Sorrell, the executive director of the Hancock County Economic Development COunsel. According to him, they have had a group come out and do studies on the roads, and what they're doing now is exactly what the experts envisioned. But that doesn't mean that's the end of the change.

"What we do today ... Fifty years from now, will they do something else to this road? Like any road, you don't do it once, and then you're done with it. To meet that need in the future, but then you have to do something else," Sorrell said. Amazon has not released an exact date on when they plan to start working in Hancock County. Still, Ambrose Property Group, the company building on the site, has already started building its second of four buildings and hopes to bring in another big client.