Trash and waste at City Market lead to health concerns 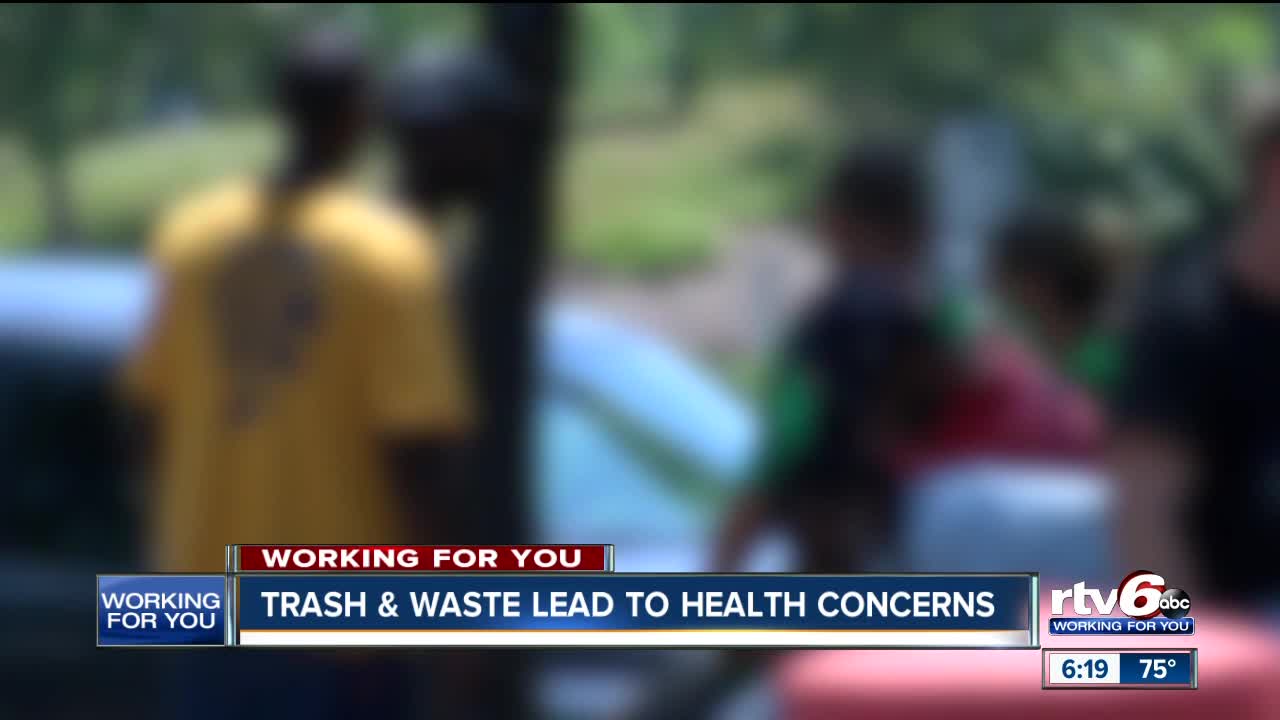 Trash and waste at City Market lead to health concerns

INDIANAPOLIS — Health concerns are growing as parts of downtown Indianapolis are dealing with trash and waste all over the place.

Business owners at City Market said most mornings there is trash everywhere. Maintenance crews are left to clean the mess each and every day but even after that problems persist.

"I've had clients cancel because they said they drove around looking for parking and they thought it looked so disgusting they said, 'Sorry, we love you but we can't come in there,'" Barrett said.

Barrett owns Jack's Barbershop at City Market but some business owners on the circle said they're dealing with the same thing.

Jones, who runs Road Dogs, said he didn't even open for business on Monday.

"I had to decompress today," Jones said. "It was so bad, listen to me guys, it was so bad Saturday, Friday and Sunday, it was so bad that I just had to take a day off Monday and just relax."

Leaders with the Indianapolis Metropolitan Police Department said they are aware of the issue. They are increasing patrols but they are asking business owners to do their part as well.

They think the pandemic has led to the closure of some resources the homeless population often uses and that could be a contributing factor. They said officers are working with some of those people to get them the help they may need.

"I think for some folks it's the optics," Leary said. "You get out of your car you see trash, you see folks sitting around that doesn't mean there has been any uptick in the violence there."

But some business owners said more needs to be done.

"We need to be proactive about the situation versus waiting for the last minute for something to happen," Jones said.