Two students not allowed to walk during high school graduation due to mix-up, Shelbyville mom says 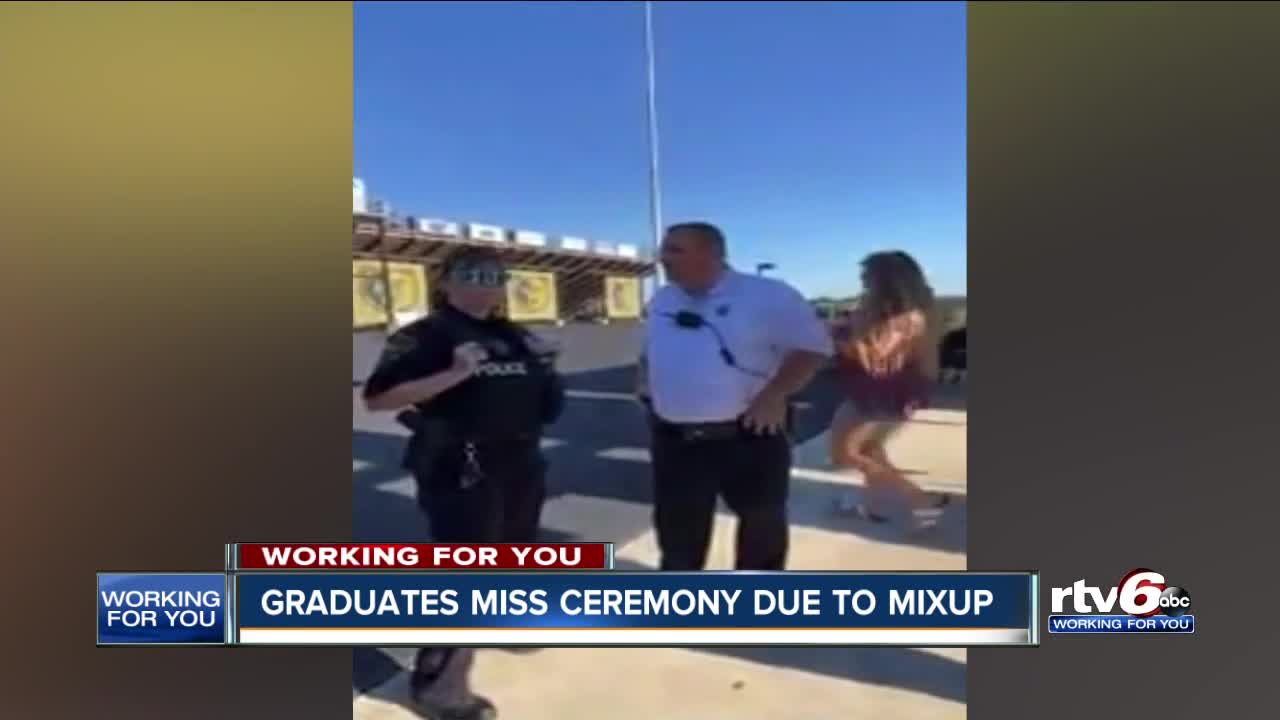 A Shelbyville mother says two kids weren't able to take part in their high school graduation Saturday due to a mix-up.

SHELBYVILLE — A Shelbyville mother says two kids weren't able to take part in their high school graduation Saturday due to a mix-up.

Amber Franke says she was surrounded by police officers just before Shelbyville High School's graduation and things shouldn't have escalated to that point.

"I was so happy they were getting the opportunity to have a graduation ceremony, even if it was late in the year," Franke said. "I was so proud my son was getting that experience to be standing there and have it taken away was horrible."

Her son was on time for the ceremony, had all the right gear, and wanted to help his girlfriend when she was in a moment of distress.

"I graduated from there in '96. I wore a gold cap and gown," Franke said. "This year, both males and females wore black. She didn't have a black one. She borrowed a gold one."

The police officers eventually let the students in and it appeared they would be able to cross the stage.

The two students never took their spot on the field and were instead escorted out to the parking lot, Franke said. The ceremony went on without them.

Franke says she is glad she stood up for both graduates.

"She showed up, being the first kid in her family to graduate, and didn't have family there," Franke said. "A lot of it was to let her know someone was proud of her and that is what family does."

WRTV has reached out to Shelbyville High Schools' principal and is awaiting a response.