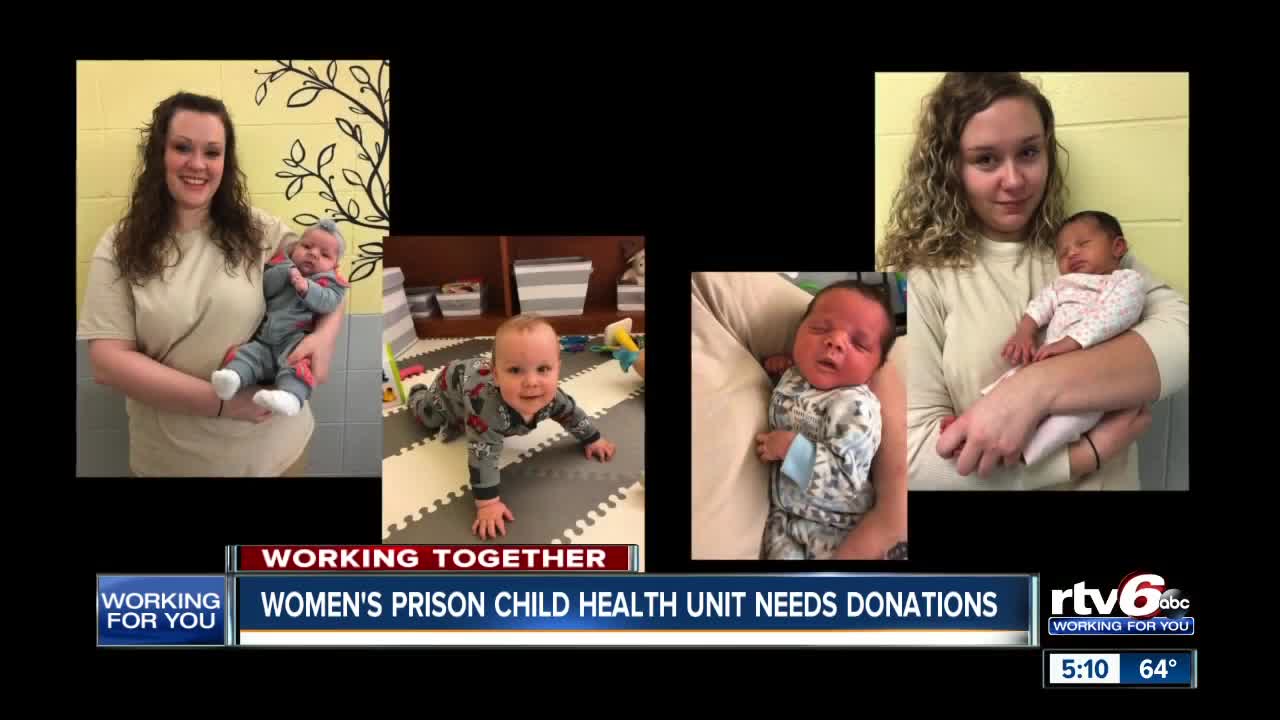 INDIANAPOLIS — The need for diapers and other baby items is huge right now due to the coronavirus. With the growing number of mothers admitted to the newly-renamed Officer Breann Leath Memorial Maternal-Child Unit at the Indiana Women's Prison, the need has grown exponentially.

"We knew coming into this COVID-19 crisis that things were going to change as far as availability of items," Leah Hession, Indiana Department of Correction maternal-child health coordinator, said. "I think everyone is experiencing this. But when you're feeding 15 or 20 children at a time, formula, baby food, diapers, wipes, we are going through these items at an exponential rate."

Right now, everyone's feeling the pinch. Fewer resources available in stores, people's jobs at risk. But the need hasn't stopped. If anything, it's grown.

The maternal-child health unit put out the ask for donations and the response was overwhelming.

The Indiana Youth for Christ organization and Chapel Rock Christian Church donated items for the pregnant women and their newborn babies.

"It was phenomenal the response that we got. People just came out of the woodwork," Hession said. "I had people driving three hours down from LaPorte and South Bend, Indiana to deliver their donations in person. It was unbelievable to see so much good, just good work happening during a time like this."

The program was founded in 2008 for pregnant offenders coming into prison who have short sentences — a chance to keep their children with them for 30 months and give them the love, affection and consistency they never had. It was something Officer Leath, who also served as a correctional officer in the nursery, felt strongly about and understood better than so many.

"This program meant the world to her and she cared for these children and these mothers really like they were her own," Hession said. "And she just had such a special bond and she really made a positive lifelong impact on these women and their children.

"It really makes you believe that they're still good in the world. So that's awesome. So thank you to everyone who donated or is interested in donating. We appreciate it more than you'll ever know."

The unit is still in need of diapers, wipes, baby wash and lotion, nursery furniture and cribs. If you're interested in donating, email Lyndsey Lane, community engagement coordinator, atllane@idoc.in.gov.