Working Together: Group donates thousands of masks to schools 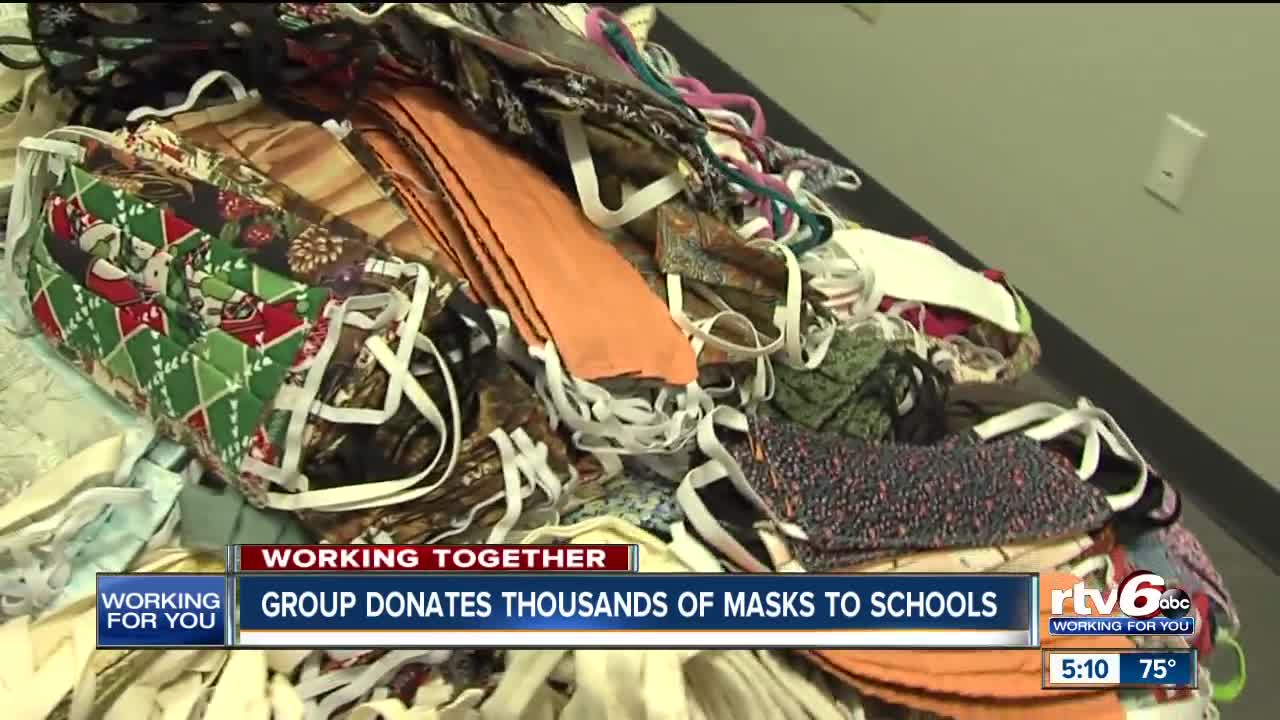 Working Together: Group donates thousands of masks to schools

HAMILTON COUNTY — Strangers from across Indiana are sewing thousands of face masks to give to dozens of school districts.

The small act of kindness will have an enormous impact come fall.

The group Sew and Serve, now up to nearly 6,000 members, originally set out to sew face masks for healthcare workers. But once the hospitals they were donating to received their long-awaited shipments of PPE, the group shifted their focus elsewhere.

"As we go out and about we see the face coverings. We know they are recommended but yet, they're very difficult to come by," Ryan Taylor, director of staff and student services for Hamilton Southeastern schools, said. "And so when Ann Steele from Sew and Serve reached out to me via email just asking it was almost like this is too good to be true. Is this some kind of scam?"

The group shifted their focus to schools. So far, the group is working with 26 school districts including Avon, Zionsville, Noblesville and Hamilton Southeastern.

"1,000 here, 500 there, depending on the size of each school corporation," Erika Pike, founder of Sew and Serve, said

Officials at Hamilton Southeastern schools said they still have staff working in the schools every day, deep cleaning. Plus, teachers had to return to take down their classrooms after abruptly closing.

"I had been seeing my own kids' teachers posting on Facebook those bags of supplies," Pike said. "It's heartbreaking really. They didn't want to go in and do that."

If they do return in the fall, Hamilton Southeastern is considering face masks for staff and students, but have not made any decisions yet.

"Health-wise, having the mask in place, trying to maintain our social distancing and probably a screening procedure of some type will probably be involved," Kelly Mullen, director of health services for Hamilton Southeastern schools, said.

What started as a small gesture has culminated in 115,000 masks donated and counting all by complete strangers.

"They don't even know each other and they have a common aspiration just to serve," Martin said.