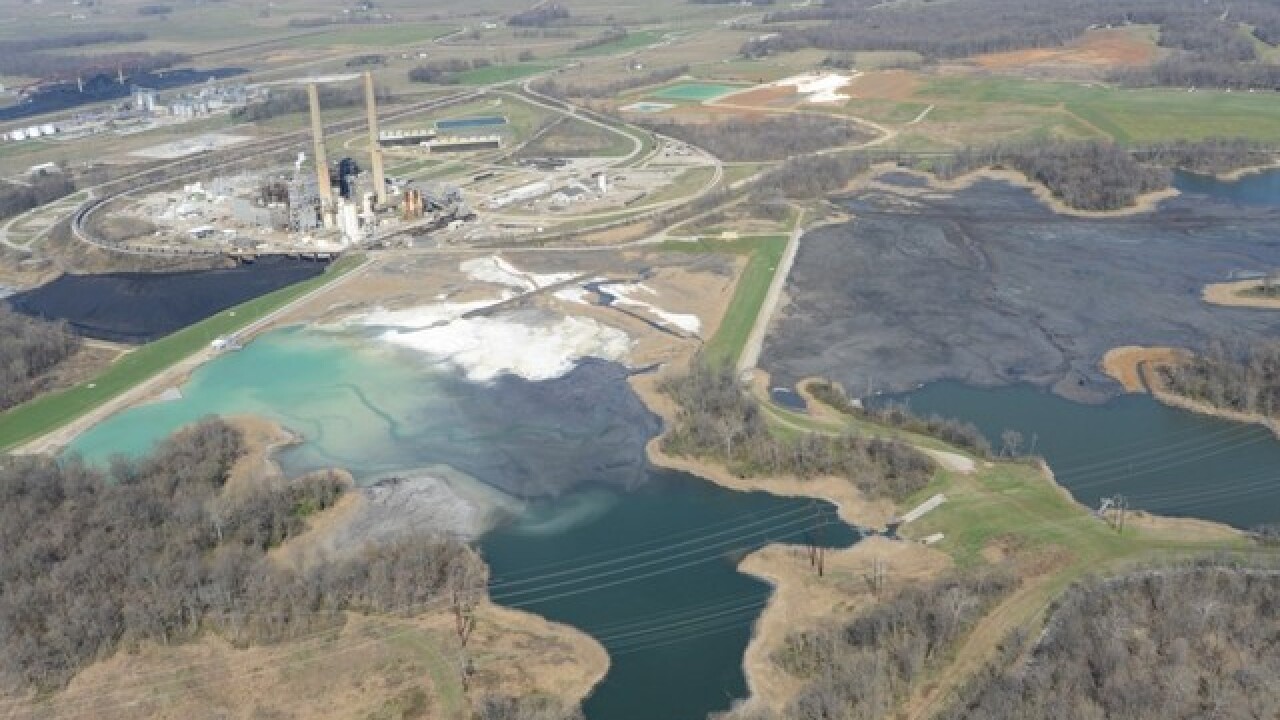 INDIANAPOLIS — A new report released this week shows Indiana lags behind other states in the clean-up of coal ash, the material left after burning coal, which contains toxic heavy metals that can contaminate water.

The Hoosier Environmental Council published the 32-page report, "Our Waters at Risk, Part 2: The Impact of Coal Ash on Indiana’s Water Resources," which describes the current groundwater contamination at Indiana’s coal ash sites and the threat to a number of Indiana’s rivers and to Lake Michigan.

It’s an issue WRTV Investigates began report in 2016 — when homeowners near IPL’s Harding Street plant became concerned about the safety of their drinking water supply.

PREVIOUS | Homeowners concerned about the safety of their drinking water

The report also criticizes Indiana’s “weak oversight” compared to other states where coal ash contamination is being cleaned up at an unprecedented scale and pace.

Indiana has been producing millions of tons of coal ash per year for decades and storing much of it in unlined pits called “impoundments” in the floodplains of Lake Michigan and the Wabash, White and Ohio Rivers, read the report.

Indiana leads the nation in the number of these coal ash impoundments.

In 14 of 15 monitored coal ash sites, the groundwater is now unfit for human consumption with combinations of arsenic, molybdenum, lithium, boron, cobalt, antimony, radium, lead, selenium and thallium often at concentrations many times the maximum allowed in drinking water, according to the HEC report.

Indiana’s Department of Environmental Management (IDEM) has started approving plans to leave Indiana’s coal ash in floodplains and in unlined pits that will continue to contaminate groundwater, according to the report.

“The difference between Indiana and other states is stark. The other states show that protecting water resources from coal ash is entirely feasible, so Indiana should follow their example,” said Dr. Indra Frank, HEC Director of Environmental Health and Water Policy, and co-author of the white paper.

IPL's Harding Street plant burned coal up until February 2016, and the byproducts were stored in unlined coal ash lagoons.

WRTV reached out to IPL about the new report and received the following statement.

"In accordance with applicable environmental regulations, IPL monitors groundwater at its generating sites and results are made public on the CCR (coal combustion residuals) websites in early March of each year. Environmental experts have concluded that, based on the sampling results, there are levels above groundwater protection standards for certain assessment monitoring constituents. IPL has completed Corrective Measures Assessments which are posted to the CCR public websites, and IPL is working to understand the nature and extent of possible impacts to the groundwater. IPL will hold a public meeting prior to selecting a groundwater remedy. Then, based on environmental expert guidance and considering community concerns, we will select a groundwater remedy."

The Indiana Department of Environmental Management issued the following statement:

Ash pond closure plans that IDEM has approved are protective of public health. Coal ash ponds that are subject to the federal CCR regulations must satisfy strict closure standards. EPA has deemed those standards protective since introducing them in 2015, and IDEM has adopted the federal standards into state law. When approving closure plans, IDEM must follow the closure procedures outlined in existing rules and those requirements under the incorporated federal rules. For former coal ash ponds that are not subject to the federal CCR regulations, IDEM utilizes the same closure standards that apply to Restricted Waste Sites.