Company makes promise about its product 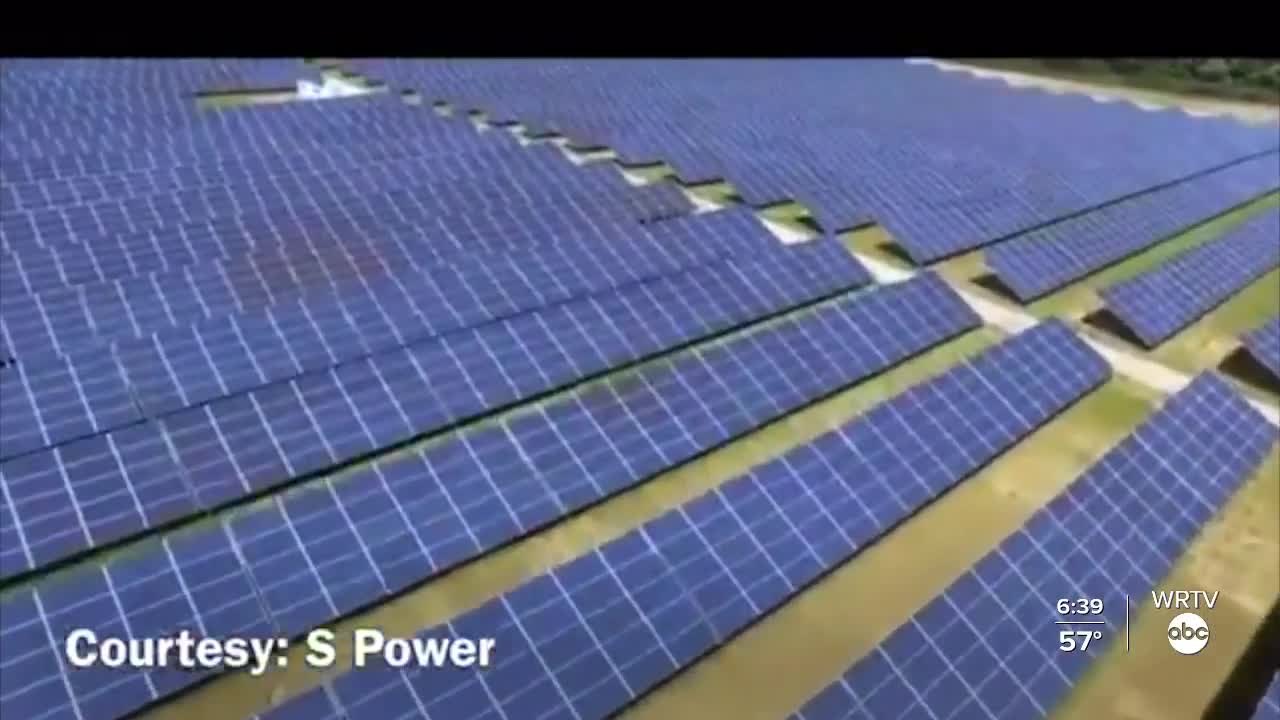 Farmers in Shelby County are harvesting thousands of acres of corn and soybeans to wrap up the 2020 farming season, but landowners are concerned about 2021 and the future of their community as prime land is targeted for a solar generating facility.

SHELBYVILLE — Farmers in Shelby County are harvesting thousands of acres of corn and soybeans to wrap up the 2020 farming season, but landowners are concerned about 2021 and the future of their community as prime land is targeted for a solar generating facility.

Utah-based sPower is seeking to set up a renewable energy operation in Shelbyville which has easy access to transmission lines that run along vast acres of land it deems suitable to host the installation of solar panels.

Kyle Barlow has spent the last several weeks harvesting 500 acres of soybeans of his 2,000 acres. The 4th generation farmer is concerned about the future of the properties surrounding his farm. Barlow is among those against sPower's plan.

"This is a fight for my career. I really do. I feel like these things move in and more, more happen and this land will go away and we'll never get it back," said Barlow.

WRTV spoke to Ryan Galeria with sPower via Zoom. The vice-president's company owns and operates 150 solar power generating facilities across the country. sPower is part of a joint partnership including Virginia-based AES which owns Indianapolis Power and Light in the state's capital city.

Galeria made an introductory presentation to the Shelby County Commissioners last week saying he would unveil a possible plan for a solar plant next summer with an eye on possible construction in early 2022.

Galeria tells WRTV that sPower would need between 1,500 and 2,000 acres in Shelbyville to set-up a 250-megawatt facility. The energy could power up 46,000 homes per year.

"I can't make any guarantees at this point, but I can promise you that the modules we install in these facilities are absolutely safe. There are no health considerations or concerns from our end even if these panels were to be fractured, if an issue, breakage, there is no evidence to suggest that there are toxic chemicals of any kind leached into the air, into the soil, into the groundwater, that is just not a concern," said Galeria.

Our conversation with Galeria went for 34 minutes in which he answered questions about the company's interest in Shelbyville, the company's investment and expectations, and the possible source of the solar panels which could come from the United States or from overseas. You can watch the entire exchange here.

Galeria is well aware of the opposition that's taken root in surrounding Bengal and Shelbyville. There are numerous signs dotting the landscape. Despite that, some landowners have expressed interest in leasing or selling their land---but no binding agreements have been signed.

The life expectancy of a solar facility could be as long as 40 years. During his presentation to county commissioners, Galeria referred to the possible project as a temporary one.

Galeria says sPower will offer the community an exit strategy in which it will detail how it would dismantle a solar facility and take responsibility for the removal of its operation.

"We will restore the land to it's pre-construction conditions. We'll decommission the facilities and restore that site to how it was the day we walked on it," Galeria.

Galeria says it's the company's intent to have informational meetings with the community to answer questions and to be transparent with the process.

After our taped interview, WRTV asked for clarification on whether sPower would consult with an agronomist to provide details on the project's impact on agricultural lands.

We received the following statement:

"Typically, an agronomist is not consulted in the planning phase of a solar power facility; however, based on the recommendation of our neighbors in this region we intend to look into using an agronomist on this project. This would be in addition to a number of specialists including biologists, engineers, surveyors, among others,” added Galeria.

A committed group of community landowners have reached out to numerous government bodies in hopes of toughening county regulations regarding solar operations and calling for a moratorium.

The three-member Shelby County Commissioners have rejected numerous requests for a moratorium by a usual 2-to-1 vote.

The Shelby County Planning Commission has met in executive session to review its current ordinances and are set to make recommendations to the county commissioners.

Watch the full interview with sPower below: