The intersection of community in Kokomo, Indiana can be found at all three of DeAndra Beard's businesses. 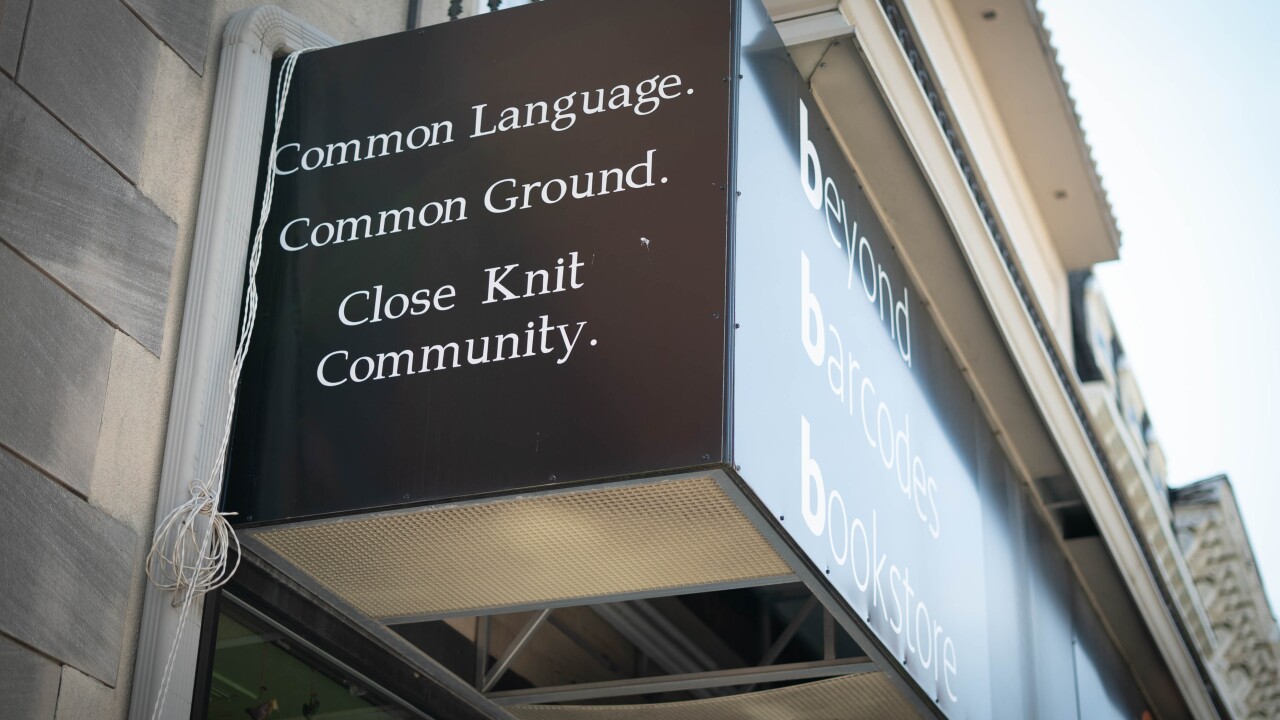 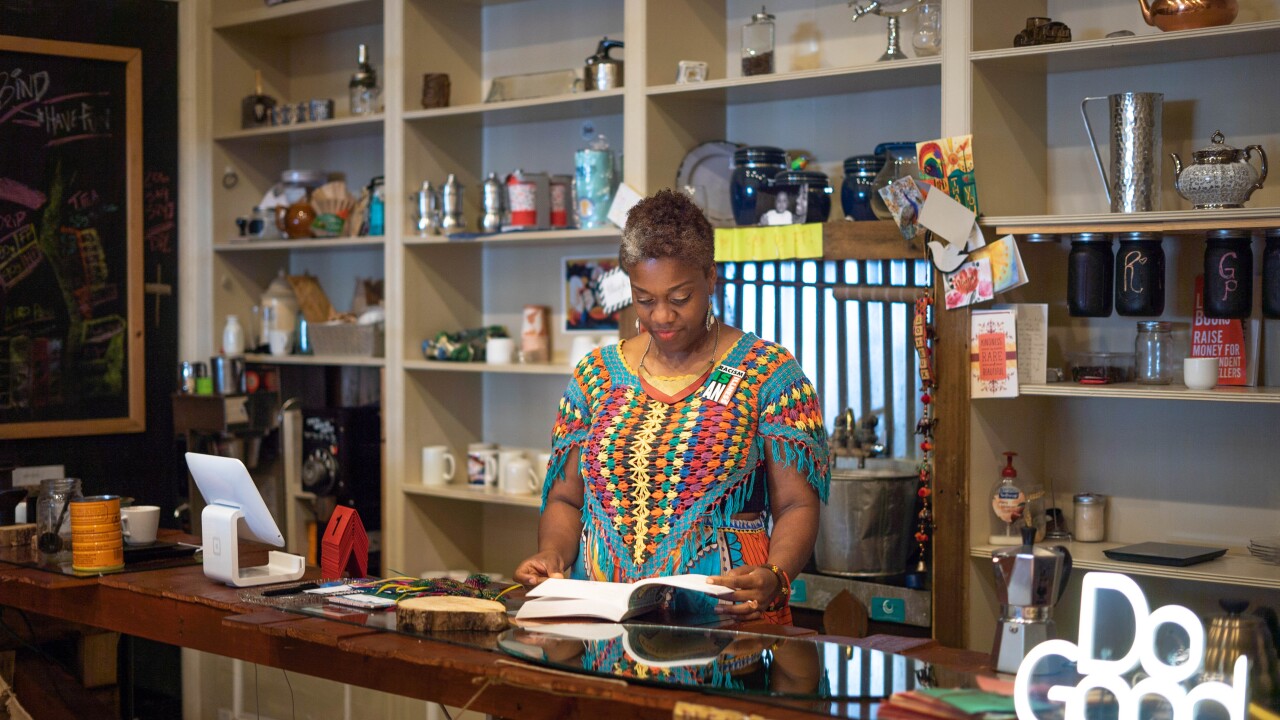 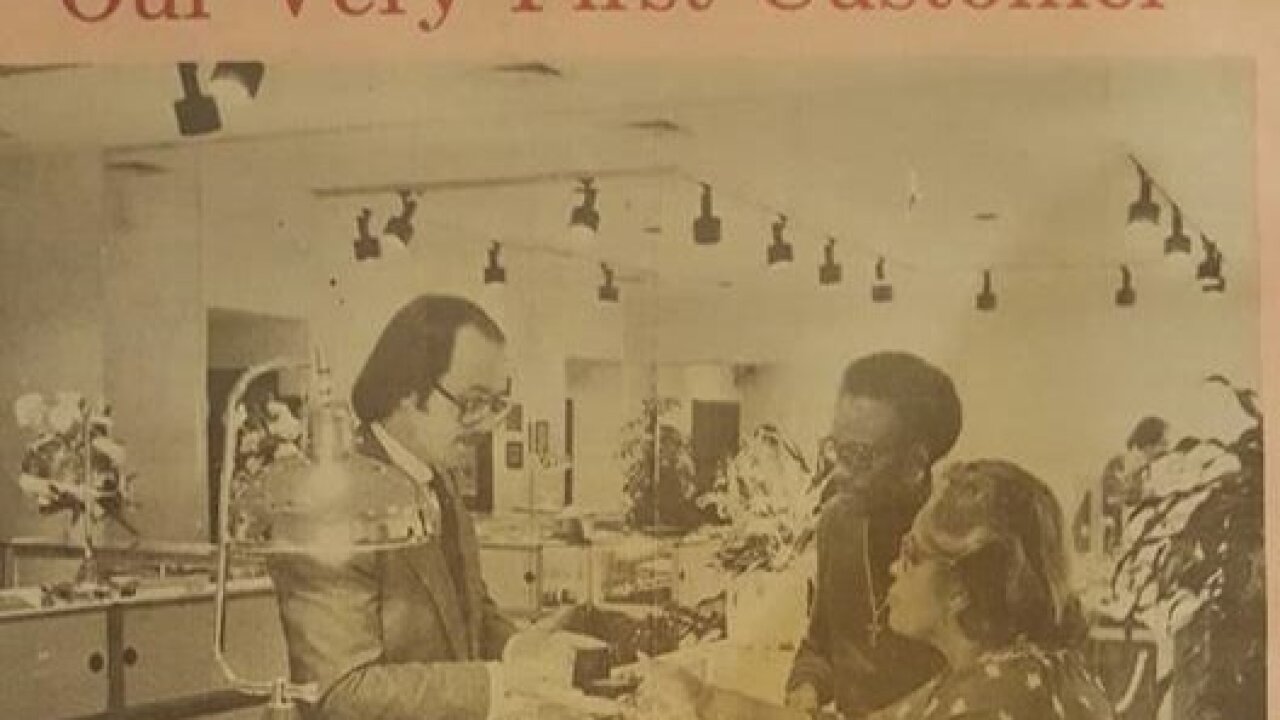 Editor's Note: A previous version of this story had incorrect spellings of DeAndra Beard. They have since been corrected. We apologize for the errors.

KOKOMO — DeAndra Beard has had people sit down in her coffee shop to tell her that they know they've put up with their White family member's racism for too long. She's even sat and listened to people's stories about their grandfathers in the Ku Klux Klan.

"That's a heavy weight to carry when somebody sits down at a table with you and says that," Beard, a Black business owner in Kokomo, Indiana, said lightheartedly laughing.

Beard — the owner of "Beyond Barcodes Bookstore," "Beyond Borders Language Center," and "Bind Cafe" — grew up knowing racism all-too-well.

She's worked for a more inclusive community in Kokomo through her businesses at one downtown building. A building that has several emotional and familial ties for Beard.

Now, Beard is on the brink of losing the building that housed her businesses for almost seven years and employed her family for decades longer.

"As a Black woman business owner in downtown Kokomo ... I mean, I was a teenager, and the Ku Klux Klan was still marching on the square," Beard said. "It's a big deal that we're in this location. The fact that we're even here is a miracle."

Beard recalls times in school being called the n-word when she was growing up in Kokomo, and always felt the racial tensions between her parents and the city she called home.

During this time, not many other Black families resided in Kokomo as it was a city where thousands of Indiana Ku Klux Klan members still gathered for marches.

The former teacher and world traveler thought the level of race inequality she faced as a kid would subside with time in Kokomo. After traveling to other countries and states, Beard moved back to teach at a Kokomo middle school years later only to find that that tension was still a prominent one.

"The racial tension was so strong, and it was like, 'is this real?' Because this was going on when I was a kid here! What is happening?" Beard said, recalling the time she first returned to Indiana. "So, I started having conversations with our ministers and administrators. And, I mean, even all the way down to key institutions, I realized that the school was just a microcosm of what's going on in our greater community in Kokomo."

Beard left her job as a teacher in 2013, and set out to open a business that could bring the community together. She decided on a coffee shop and bookstore.

"We were looking for property downtown. I knew I needed to be downtown," Beard said.

When she started looking, she came across the building that used to be "Kresge's Department Store." Kresge's employed her father close to 60 years ago when he was just 8-years-old. Her father worked there for ten years as a janitor to get through high school.

When Beard went into the building to ask the owners if she could occupy some of its space for her bookstore and coffee shop, she found out they had another space in the building that was soon to be up for rent.

From there, she also decided to open a language center. After living and working in Brazil and Texas for years, she knew to broaden one's language set was also a crucial stepping stone to being a more inclusive community.

"It's a divine story that always reminds me what a big deal it is we're in this location," Beard said. "I'm in transition at a critical moment in history. I think it all has a purpose."

As many throughout the country have been searching for ways to educate themselves and their families on social and racial issues, Beard has seen her book sales soar. And not just any books, but books by Black and Brown authors. It's a moment she's been working years toward.

"There's been lots of protests on the square in front of the courthouse, and what I've done is step out on my balcony to take pictures and wave to let people know that I'm still here and I'm still with you," Beard said. "And every time ... somebody on the microphone just shouts it out 'Beyond Borders has always been a part of the fight.' That's awesome. That's why I worked so hard."

Although Beyond Barcodes' book sales have soared, the business owner says it's not close to the $40,000 she needs for a down payment on the building.

Beard has applied for a loan from the Paycheck Protection Program since the start of the coronavirus pandemic, but is still waiting for approval.

She fears that if she waits too long, another property owner could come in and kick her out. Beard and her family have looked at other buildings in town, but say it wouldn't be the same.

"(The current owner) has been amazing. He's shared the GoFundMe page. He wants to help and wants me to have it, but it causes such a financial strain for him at this point, you know," Beard said. "It's like we've come to a point it's gonna require a miracle."

If you would like to donate to help Beard keep the building that has helped her city become more inclusive, you can give at this link.