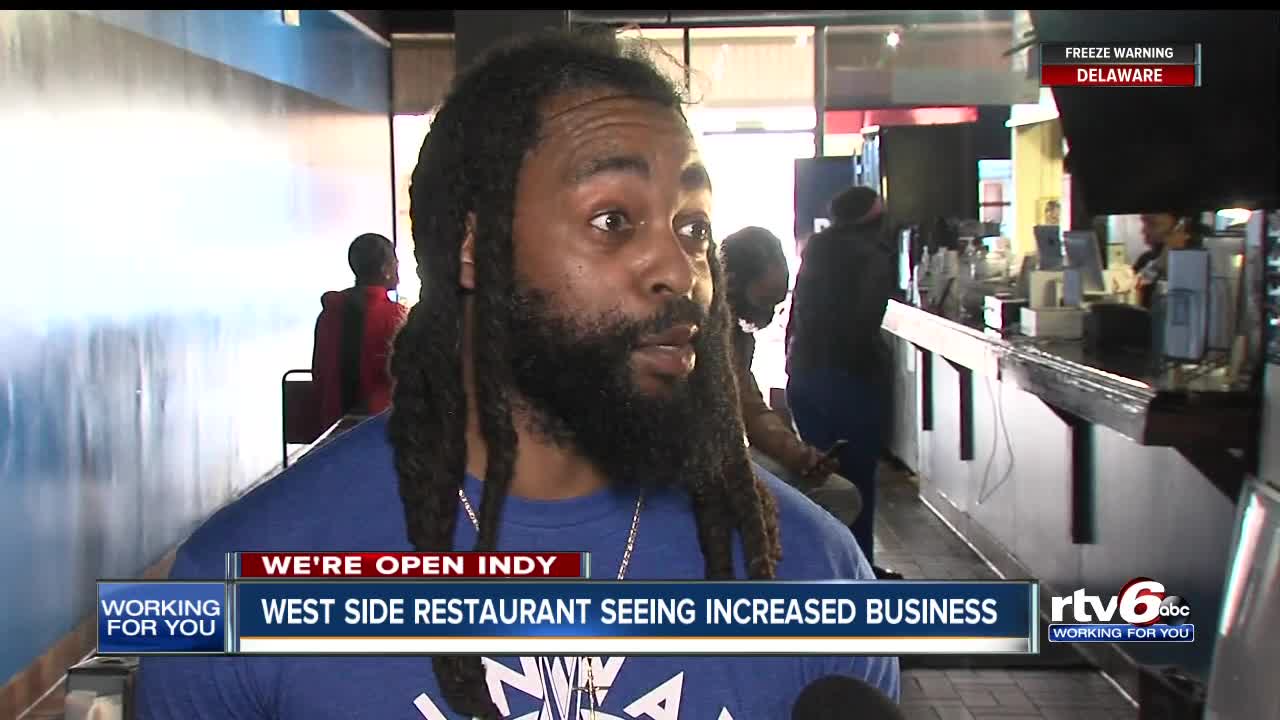 INDIANAPOLIS — While the coronavirus pandemic has brought many restaurants and small companies to a screeching halt, business has increased dramatically at the west Indianapolis restaurant, "Huge Impact."

"It's making a huge impact on my business actually," William McCathern, the owner of 'Huge Impact,' said. "I'm way busier than I was before. Sales have gone up."

Owner and head chef McCathern says his American-exotic food has become a replacement for people who are now tired of cooking meals as the stay-at-home order rolls into its second month.

He says his food tastes like nothing else you find in the city, but an increase in sales during a global pandemic was not the scenario McCathern predicted when the shutdown started.

"I was nervous," McCathern said. "I thought because I'm a small business, everything I do is the people that I bring in. I don't have any investors; I don't have any other help; it's just me, my employees, and my family that keeps us going."

McCathern says he has taken a hit from not being able to operate his bar and sell alcohol. However, he says the steady stream of customers picking up food or having it delivered has filled that void, even forcing him to hire four additional employees.

"I hired two line cooks. I hired another cashier and also a phone order taker because, of course, the phone lines have been going, and it's hard for one cashier to keep up so I hired another to better benefit the customers," McCathern said.

At Huge Impact, customers wait outside after placing their order. Inside the staff are regularly washing their hands and wearing gloves. Soon, they will be wearing face masks and even getting their temperature taken before starting their shift.

McCathern says he's looking forward to the day when he is not the only business open on his block.

"I hope that all of the small businesses get to open back up and get their customer base back because it's kinda hard dealing with it, and I'm very blessed to still be able to get the business that I'm getting with all this going on," McCathern said.