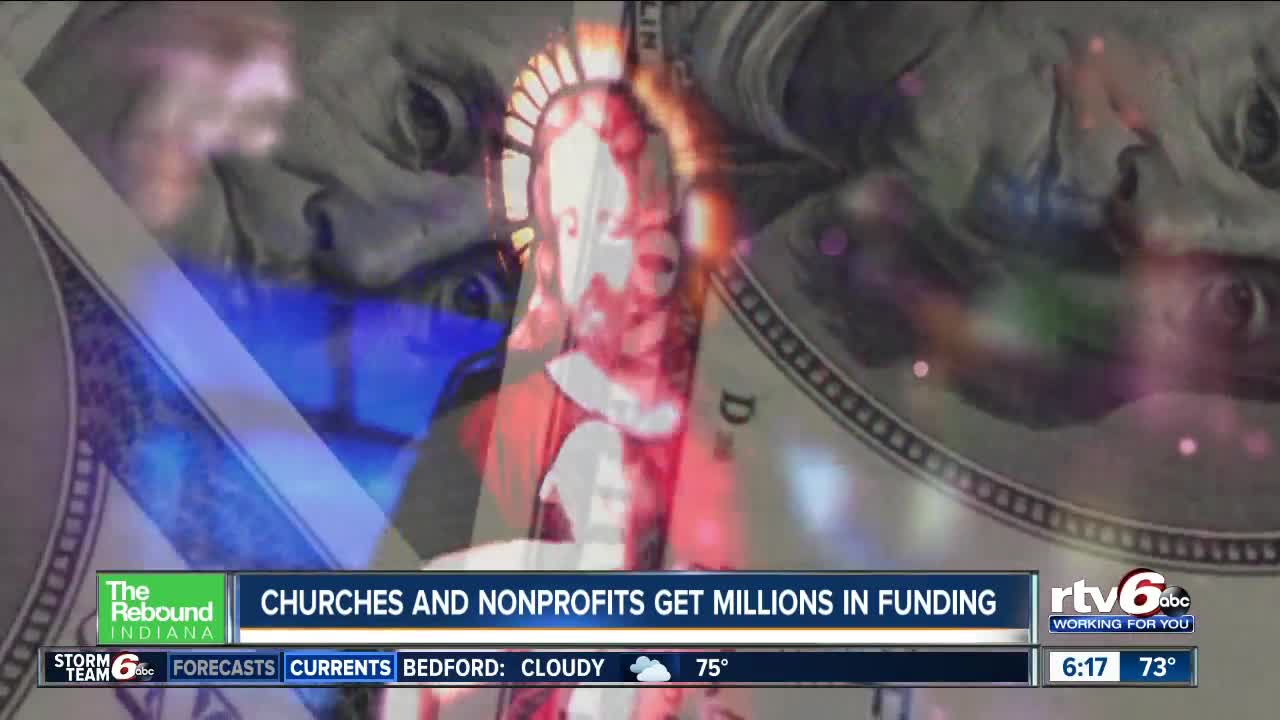 The Rebound Indiana: Churches and nonprofits get millions in funding 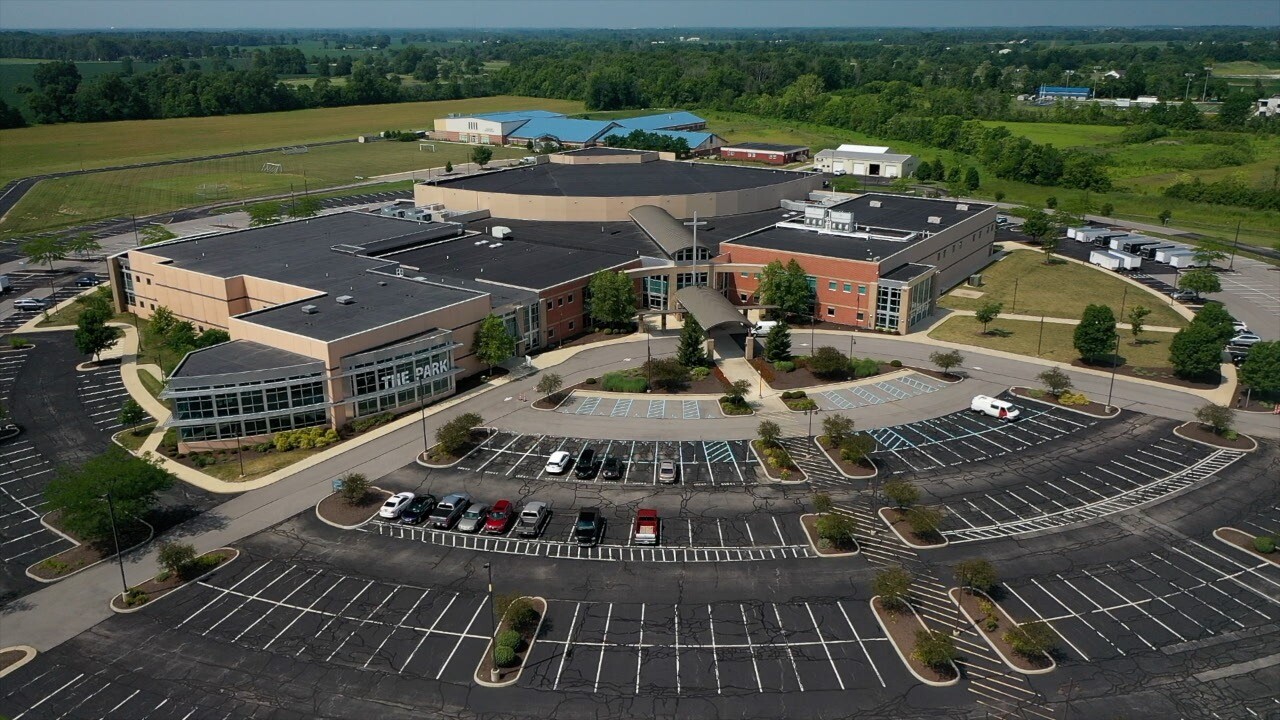 The Rebound Indiana is a new initiative from WRTV to help you navigate the financial impact of the COVID-19 pandemic. We are your source to find all of the information you need on the help that’s available and how to access those resources. We are focused on helping you find employment, make ends meet, manage the pressure of these unprecedented times, and ensure these programs work as promised. Visit theINDYchannel.com/rebound for more information.

Call 6 Investigates Kara Kenney sorted through the data to find out who received the most and uncovered why some say more needs to be done to protect taxpayers and the First Amendment’s Establishment Clause which lays out separation of church and state.

Trader’s Point Christian Church in Whitestown and Northview Christian Life Church in Indianapolis are some of the central Indiana houses of worship that received among the highest amounts through the Paycheck Protection Program — between $1 to $2 million each, records show.

Houses of worship and other businesses do not have to pay back PPP loans as long as it’s used for things like maintaining payroll, mortgage/rent and utilities.

Call 6 Investigates has been asking for months for the Small Business Administration to release which churches received federal funds, and on July 6, the SBA released the data.

The Small Business Administration doesn’t have a category for religious institutions, but Call 6 Investigates counted more than 250 Indiana houses of worship and religious nonprofits that received PPP loans of $150,000 or more.

The Pension Fund of the Christian Church, based in Indianapolis, received a $1 million PPP loan.

The nonprofit serves 14,000 pastors and 3,700 congregations in the United States, Canada and Puerto Rico.

The Pension Fund of the Christian Church used the federal funds to keep paying its employees and rent.

"We felt it was our responsibility to take care of pastors and church workers for us to go ahead and apply which would reduce our operating expenses for the year," the Rev. Todd Adams, president and CEO of the Pension Fund of the Christian Church, said. “It was easier to answer the question of why did we do this, rather than why didn’t we do this?”

Church of God Ministries, based in Anderson, also received $1 million through the PPP.

The nonprofit provides leadership for thousands of churches across the country and exists from voluntary contributions from church memberships.

Church of God Ministries used the federal funds to cover 8 weeks of salary for 78 employees.

“We, like anybody else, wondered if we would have sufficient income to keep our staff in place,” said General Director Jim Lyon. “It’s a benefit for everyone. It helped us maintain steady staff and engagement allowed us to continue our work.”

“People are not going to sacrifice their money even in the best of time if they believe you have something to hide and we have nothing to hide,” Lyon said.

Some national groups, like the Interfaith Alliance, have criticized houses of worship for accepting taxpayer money — some calling it a violation of the First Amendment’s Establishment Clause which outlines separation of church and state.

Lyon said he’s glad the federal government recognized the value of nonprofits because typically they are not considered for federal funding.

"This is a publicly mandated project in an extreme crisis in our country for the common good,” Lyon said. “The church-state issues are only relevant if certain churches, religious groups and nonprofits were favored over others. That's not the way this works. There's been equal access."

The Interfaith Alliance said while the Paycheck Protection Program did not favor certain denominations, they’re concerned it sets a dangerous precedent because many churches are exempt from most taxes, like property taxes.

The Interfaith Alliance also criticized that the Small Business Administration does not have a category for religious entities who received funds, making it harder to determine which houses of worship received money.

Instead, most houses of worship and religious organizations are broadly categorized by the SBA as nonprofits, or limited liability companies or sole proprietorships.

Also, the Small Business Administration did not release which companies received smaller loans of less than $150,000 which make up 85% of PPP loans.

"A lot of those small loans, their address is their house,” Poynter said. “There's a fine line between being transparent and protecting people's personally identifiable information.

“We want to provide as much transparency as possible for the taxpayer,” Poynter said. “Obviously we were in the midst of trying to get the loans out there. We were concerned about getting the loans out there and then releasing the data as we have time to release the data.”

“Nonprofits and churches are normally not eligible for SBA lending, but when it comes to disaster assistance, that’s where we can get into the nonprofits,” Poynter said. “Nonprofits do have employees and the whole idea is to keep folks off unemployment to keep the economy churning along as best as possible."

Poynter said churches, nonprofits and other business will have to show the SBA how many jobs they retained in order for their loan to be forgiven.

The Paycheck Protection Program still has $130 billion left and businesses can apply through August 8 if they haven’t already received a loan.

Central Indiana churches and nonprofits are grateful for the money, while some groups are still urging the SBA to release even more detail moving forward.

Church of God Ministries and the Pension Fund of the Christian Church both are open to applying to more federal funding.

“If the circumstances were right and we are a good fit, then yes,” Lyon said.

Rev. Adams of the Pension Fund of the Christian Church also pointed out his organization files a 990 and discloses financial information,

Many churches are exempt from doing so.

“We pay our share of employer taxes and contribute to the economy here in the city,” Rev. Adams said.

CHECK TO SEE IF YOUR CHURCH OR BUSINESS RECEIVED PPP FUNDS:

“Traders Point Christian Church was granted federal funding via the Paycheck Protection Program, a U.S. Small Business Administration loan designed to help organizations keep their staff employed during the COVID-19 crisis.
Though PPP loans may be used for payroll and payroll-related costs, rent, utilities and interest on debt obligations, the loan Traders Point received was spent solely on payroll costs.

We used the loan for its intended purpose which was to ensure that we could continue to employ staff at full wages and full benefits so they could fully minister to our city during the COVID crisis. This included serving local medical professionals, providing for vulnerable children in Indy’s foster-care system, hosting food drives and more. In addition, we’ve been able to continue providing online services across multiple streaming platforms to people across Indiana.”