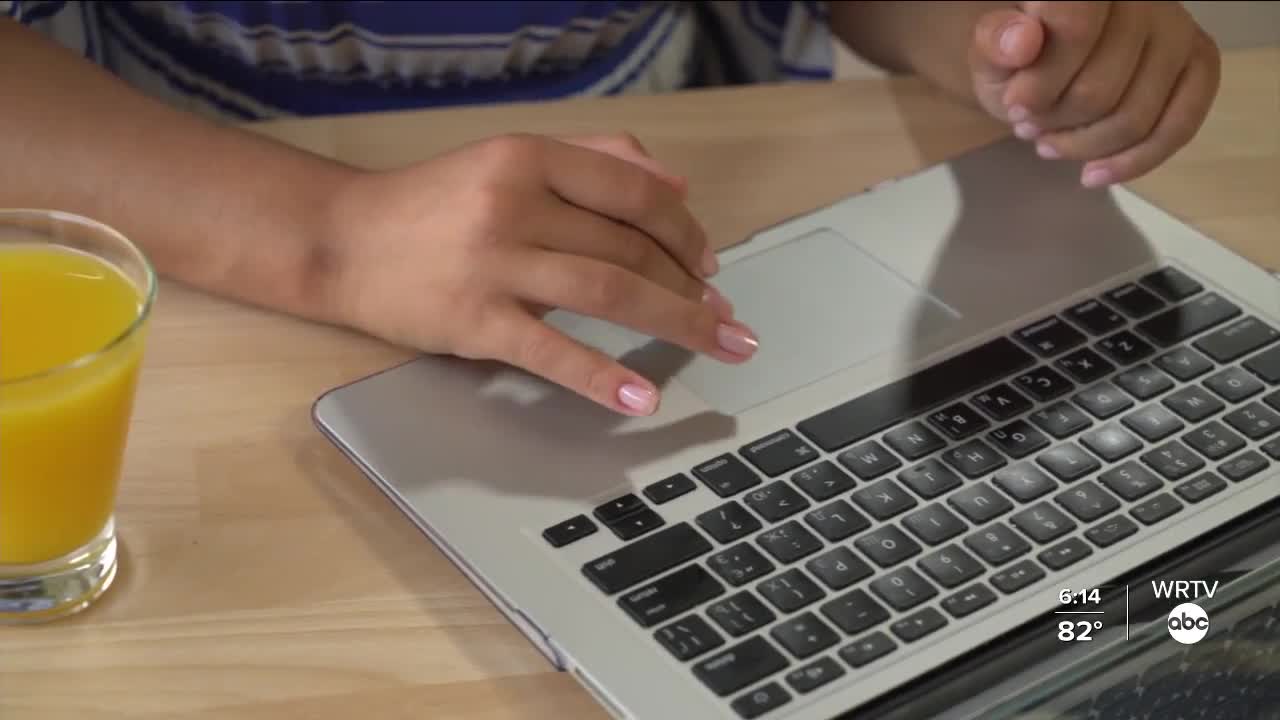 Many families are navigating e-learning, and with that, comes cybersecurity concerns. WRTV Investigates has learned parent concerns about their child’s safety during virtual learning are valid

Safely Back to School is a new initiative from WRTV to help empower parents, students and educators to make decisions based on facts to safely return to the classroom. Click here for more stories and resources.

INDIANAPOLIS— Many families are navigating e-learning, and with that, comes cybersecurity concerns.

WRTV Investigates has learned parent concerns about their child’s safety during virtual learning are valid.

Kevin Carr’s son attends Avon High School, which recently switched to e-learning because of COVID-19 cases at the school.

Carr worries about his son’s safety and security.

"Sometimes our jobs prevent us from being at home, just like a lot of other families,” Carr said. “We want to protect his eyes and his heart, and his ears. So, we have taken a lot of steps to control his access."

And for good reason—the FBI has issued numerous warnings about threats to schools’ cybersecurity including Zoombombing.

Another threat: distributed denial of service attacks, which recently happened to the Community School Corporation of Southern Hancock County.

"The way this attack works is you flood one IP address with all this traffic and you create a traffic jam, and no other data can get through," said Wes Anderson, director of community relations for the district.

The district was attacked as school started on Aug. 3, and the perpetrator shut down internet access for six schools as well as impacted students trying to learn at home.

“We were little disappointed we weren’t able to offer what we said and what we promised parents,” Anderson said.

Southern Hancock County schools is back on track and taking steps to make sure it doesn’t happen again, including spreading out IP addresses throughout the district.

"This was not an attack created with the intent of accessing student information or parent information, or anyone's sensitive data,” Anderson said. “This was honestly to be an annoyance or nuisance and take us offline."

"Usually the cyber insurance company is recommending that you pay because the cost to recover in some cases from these ransomware crews, that is actually greater than what they're asking for," Kierk Sanderlin, Head of Engineering, Central US, for Check Point Software said. “These crews know exactly how much schools are willing to pay.”

Sanderlin said schools and parents should protect themselves by installing security tools and software on all their devices, including their phones.

Also, change your passwords often and don’t use the same ones for every program or application.

“We have to get better at maintaining decent cyber hygiene,” Sanderlin said. “Change your passwords.”