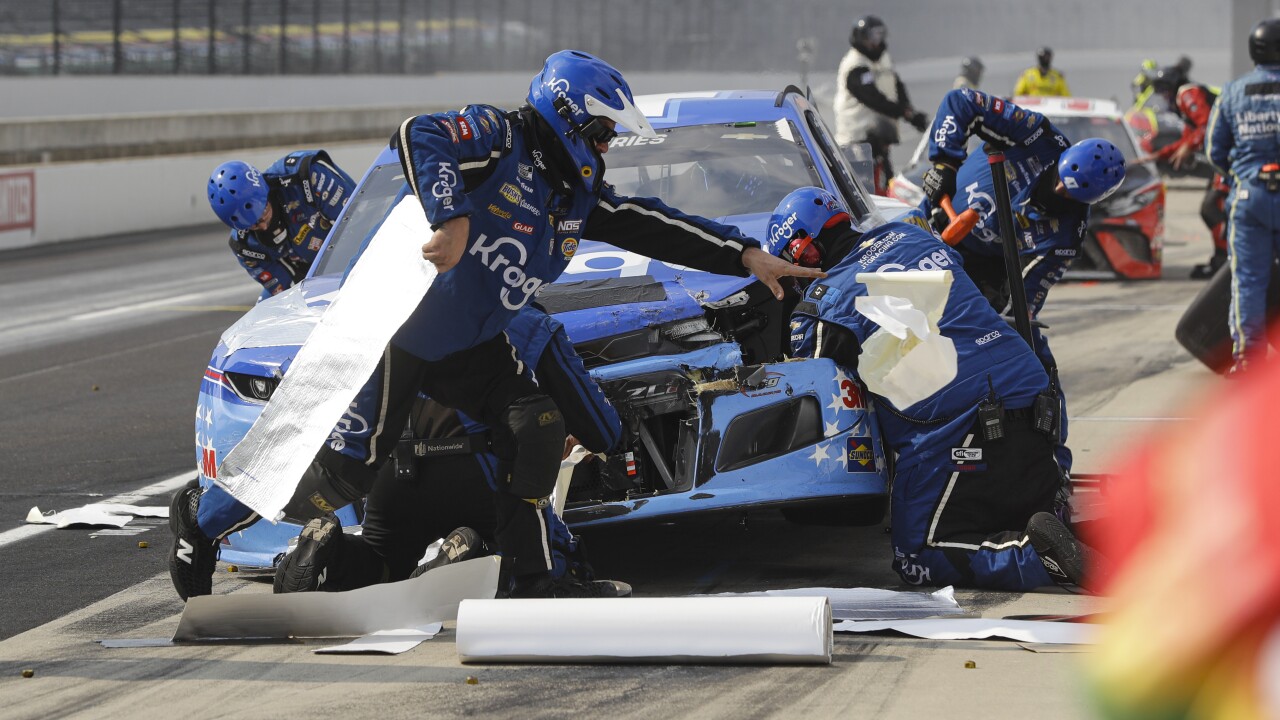 Darron Cummings/AP
Crew members for the car driven by Ricky Stenhouse Jr. work on the car after a crash in the pit area during a NASCAR Cup Series auto race at Indianapolis Motor Speedway in Indianapolis, Sunday, July 5, 2020. (AP Photo/Darron Cummings)

INDIANAPOLIS (AP) — A tire changer for NASCAR driver Ryan Blaney was taken to a hospital after being injured Sunday early in the Brickyard 400.

Zachary Price was pinned between Blaney’s No. 12 car and another car, the result of a six-car pileup near the entrance of pit road 16 laps into the race.

Five of the drivers were checked at Indianpaolis Motor Speedway’s infield medical center and were released.

Blaney, meanwhile, returned to the race. NASCAR said Price had been transported to a hospital for further evaluation.