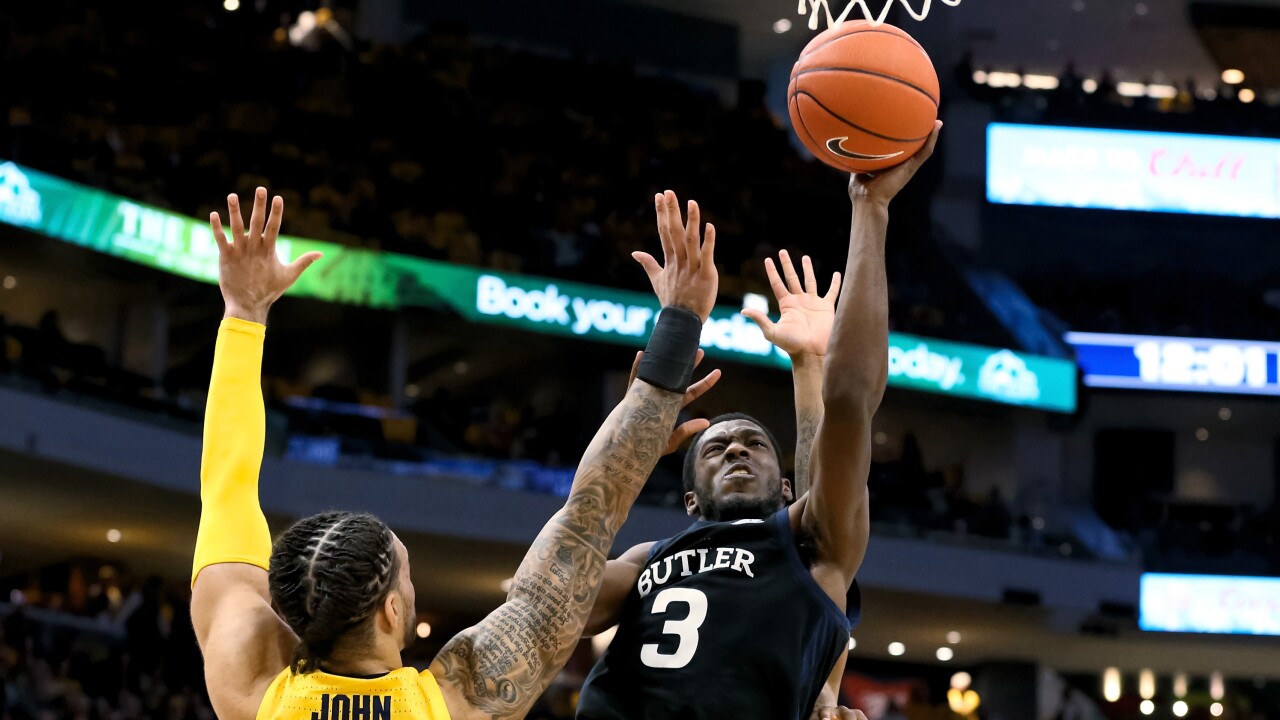 Howard, who entered averaging 27.9 points, scored 17 and Brendan Bailey and Koby McEwen added 16 apiece to lead Marquette to a 76-57 victory over Butler on Sunday.

“They’re a tough assignment in general,” Butler coach LaVall Jordan said. “Obviously you start with Markus Howard, so how much attention do you want to give him in terms of helping, allow him to just play and keep the other guys contained? I thought we did a job on him. Recoveries to some of the shooters were slow.”

Marquette (17-6, 7-4 Big East) put the game away when McEwen hit back-to-back 3 pointers and Bailey followed with another to give the Golden Eagles a 62-45 lead with 6:09 remaining.

“It’s always fun to play with a player like Markus,” said Bailey, who had a game-high eight rebounds. “He’s the best scorer in the country, and teams know that. So, they’re going to focus their defense around Markus. That’s when everybody else has to step up. When someone’s open, we know we’re going to get the ball and we’ve got to be ready to shoot.”

The victory avenged an 89-85 overtime loss at Butler on Jan. 24, Marquette’s only loss in its last seven games.

The Bulldogs are now tied with Providence for fifth place in the Big East, while Marquette is tied for second with Creighton and Villanova. Seton Hall continues to lead the conference with a 10-1 record.

Marquette went to the free-throw line 28 times, making 21, compared with 7-of-8 for Butler. The Golden Eagles also had 11 3-pointers, including four each by Bailey and McEwen, while the Bulldogs were just 4 of 20 from beyond the arc.

“I thought we were aggressive and I thought we got the opportunities offensively that we were looking for when we drove the ball,” Jordan said. “The free-throw line’s a tough discrepancy, we’ve just got to be tough enough to play through all of it.”

The Golden Eagles took their biggest lead of the first half at 34-23 when Jayce Johnson scored underneath to cap an 11-2 run. Marquette failed to add on, missing its final eight shots of the half to lead 34-26 at the break.

Marquette had not played since Feb. 1, and coach Steve Wojciechowski said defensive work during the time off helped limit Butler to 38% shooting.

“More than anything, it gave us a chance to get back and work on our defense, because our defense has not been up to par, or at least up to what I believe our capabilities are,” Wojciechowski said. “I’m proud of our guys that they were able to take what we did on the practice floor and translate it into a game situation against just a terrific, terrific team.”

Butler was ranked sixth on Jan. 6 with a 14-1 record and its only defeat a one-point loss to then-No. 4 Baylor. Now, the Bulldogs are in danger of falling out of the AP Top 25. Marquette could crack the rankings.

Butler: The Bulldogs have lost five of their last eight. Butler’s next two games are at home before traveling to No. 12 Seton Hall.

Marquette: Butler was the first of three straight ranked opponents. Games at No. 10 Villanova and home vs. No. 21 Creighton are next. The Golden Eagles defeated Villanova 71-60 earlier at home but lost at Creighton 92-75.