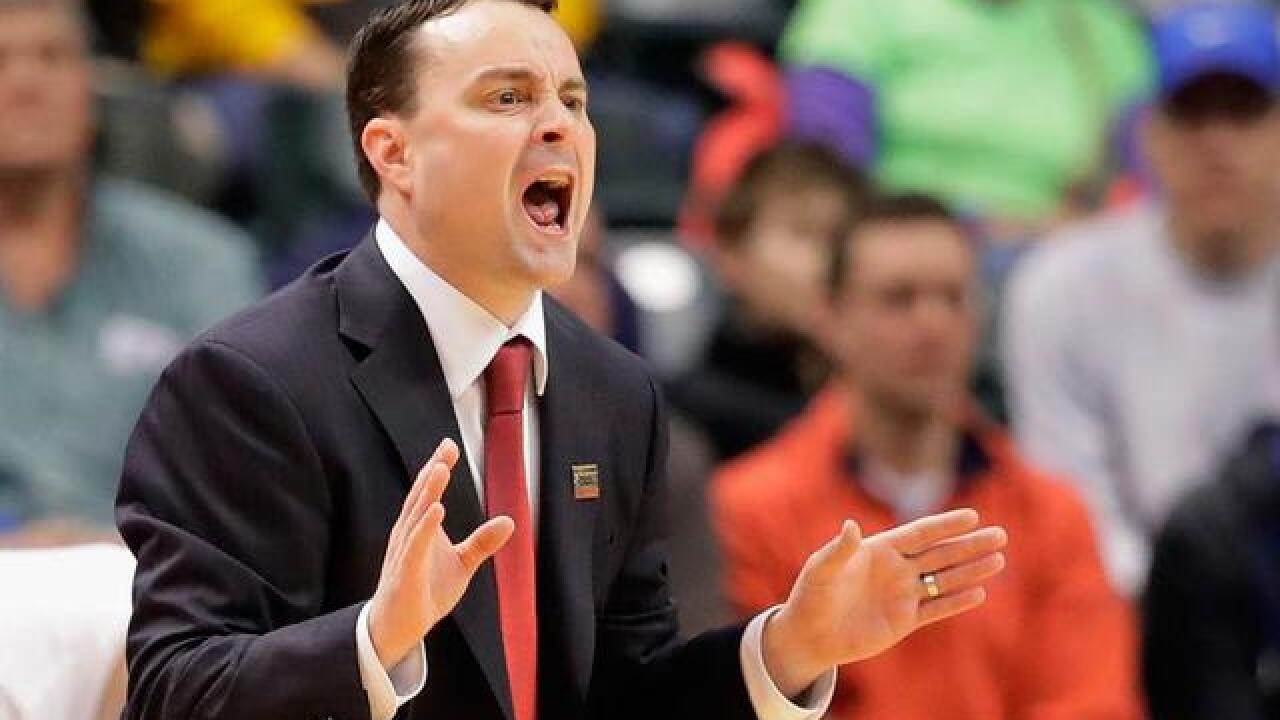 Image copyright 2017 Getty Images. All rights reserved. This material may not be published, broadcast, rewritten, or redistributed.
Andy Lyons
<p>INDIANAPOLIS, IN - MARCH 17: Head coach Archie Miller of the Dayton Flyers reacts in the first half against the Wichita State Shockers during the first round of the 2017 NCAA Men's Basketball Tournament at Bankers Life Fieldhouse on March 17, 2017 in Indianapolis, Indiana. (Photo by Andy Lyons/Getty Images)</p>

LINCOLN, Neb. — Trayce Jackson-Davis had 18 points and 13 rebounds and Indiana opened up a 19-point lead early in the second half lead then survived an eight-minute field goal drought to down Nebraska 82-74 on Saturday.

Nebraska (7-11, 2-5) came storming back with a 13-2 run of its own, cutting the Hoosier lead to 70-62 on Cam Mack’s free throws with 8:03 remaining. Both teams then struggled to score with Indiana missing shots and Nebraska turning the ball over.

Brunk scored three straight, including the Hoosiers' first basket in 8:07 that gave Indiana a 73-62 lead with 4:45 left. Nebraska cut the lead to six twice in the final minute, both on Thorir Thorbjarnarson layups. But a pair of Jackson-Davis free throws with 27 seconds left sealed the Indiana win.

Nebraska used an 11-0 run to take a nine-point lead midway through the first half. Indiana countered with a 22-6 spurt to go up eight on Jackson-Davis’s layup with 2:25 left in the half and led by five at intermission.

Brunk had 16 points for Indiana and Smith finished with 15.

Mack led Nebraska with 20 points, 17 of them coming in the first half. Thorbjarnarson had 13 points. Dachon Burke had 12 points and Haanif Cheatam had 10.

Indiana: Indiana, which was scheduled to fly into Lincoln, Nebraska on Friday evening, didn’t arrive until 11 a.m. Saturday because of the winter storm that caused flights to be cancelled across the middle of the country.

Nebraska: Nebraska lost its third straight Big Ten Conference game and face one of the toughest schedules in the country for the remainder of the season, with six games left against ranked opponents.

Nebraska travels to Wisconsin on Tuesday.