No. 13 Indiana finally finds way to beat No. 23 Michigan 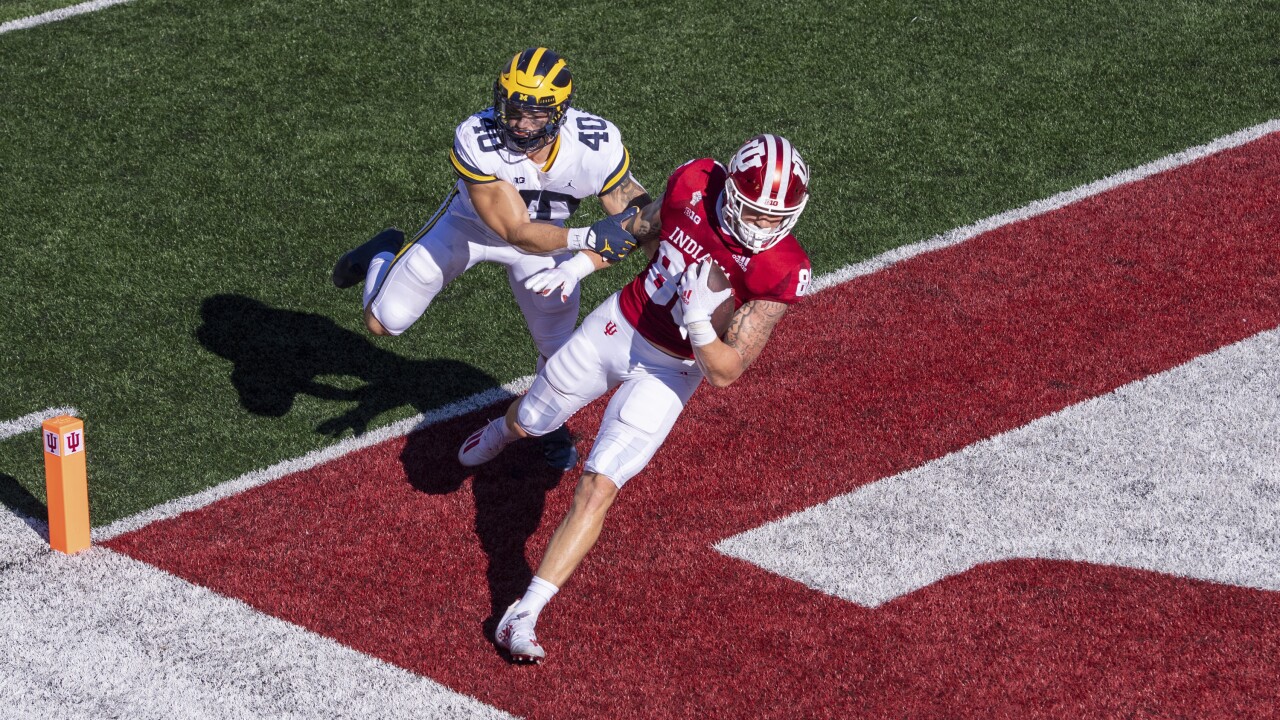 By remaining unbeaten, the Hoosiers ended a 24-game losing streak in the series, which had been tied for the longest active skid in the Football Bowl Subdivision.

The Wolverines still have not beaten a top-15 team on the road since 2006.

Indiana dominated right from the start and never trailed after scoring on its first series of the game.