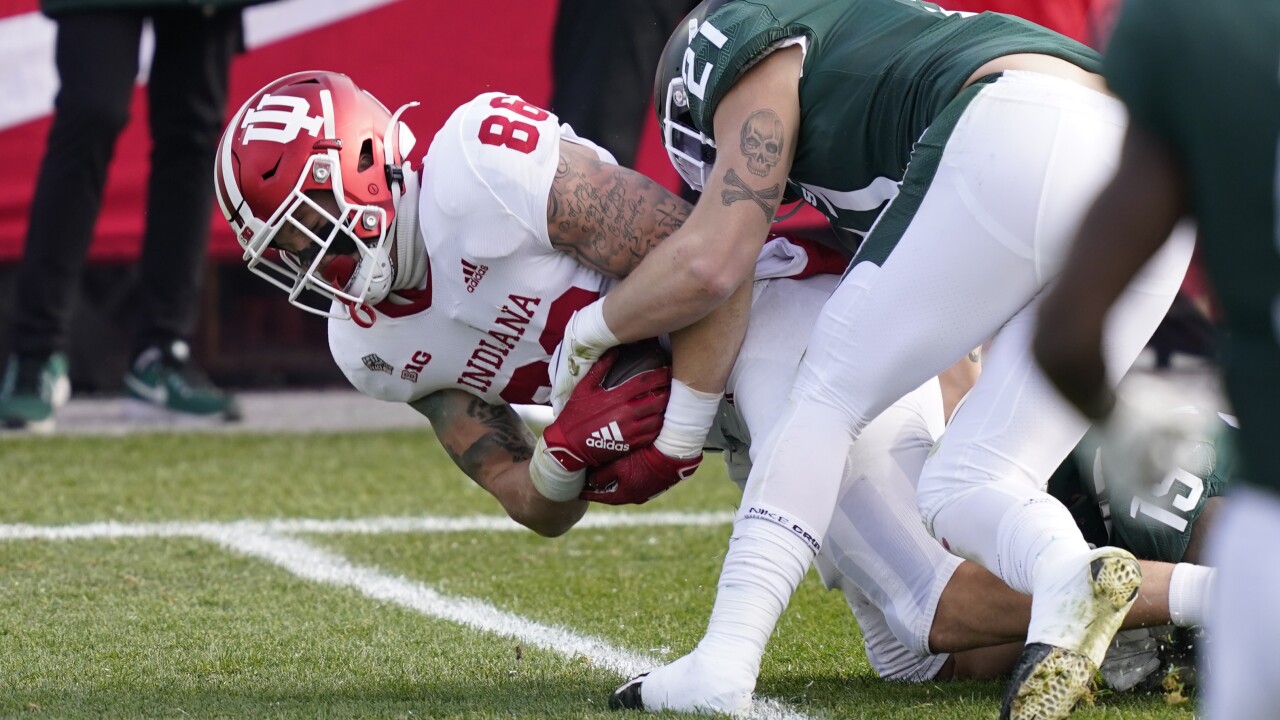 Penix threw two interceptions in the first half, but that didn’t hurt much.

The Spartans were just as sloppy — to the point where quarterback Rocky Lombardi was pulled in the second quarter.

Ty Fryfogle had 11 catches for 200 yards and a pair of TDs for Indiana.

He did most of that in the first two quarters, when all the game’s scoring occurred.

The Hoosiers set up a showdown next weekend against Ohio State, the only other unbeaten team in the Big Ten East.