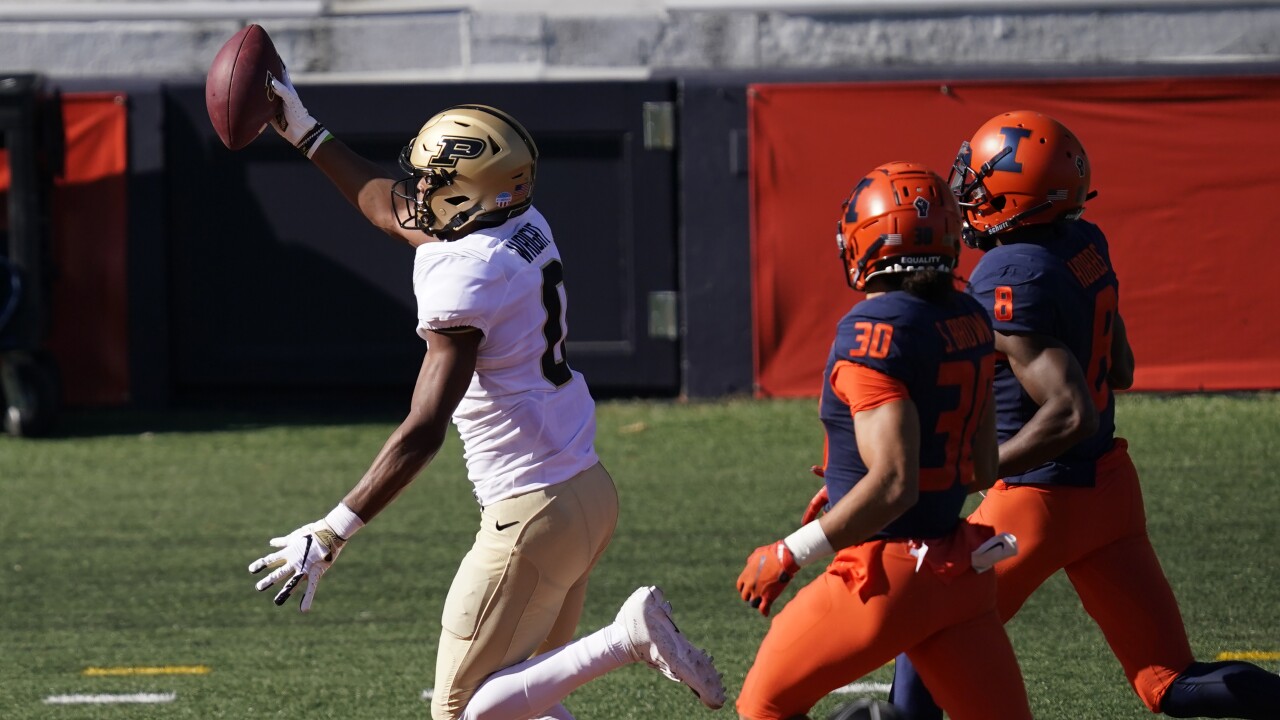 CHAMPAIGN, Ill. (AP) — Aiden O’Connell passed for two touchdowns and Purdue hung on to beat a COVID-19-decimated Illinois team that was down to its fourth-string quarterback, 31-24.

Sophomore Coran Taylor found himself at the Illini helm on his team’s second possession, following what appeared to be an ankle injury to last-minute starter Matt Robinson.

Taylor threw for two touchdowns and was intercepted twice.

Starting QB Brandon Peters was announced as a scratch shortly before kickoff after testing positive for COVID-19 on Thursday.