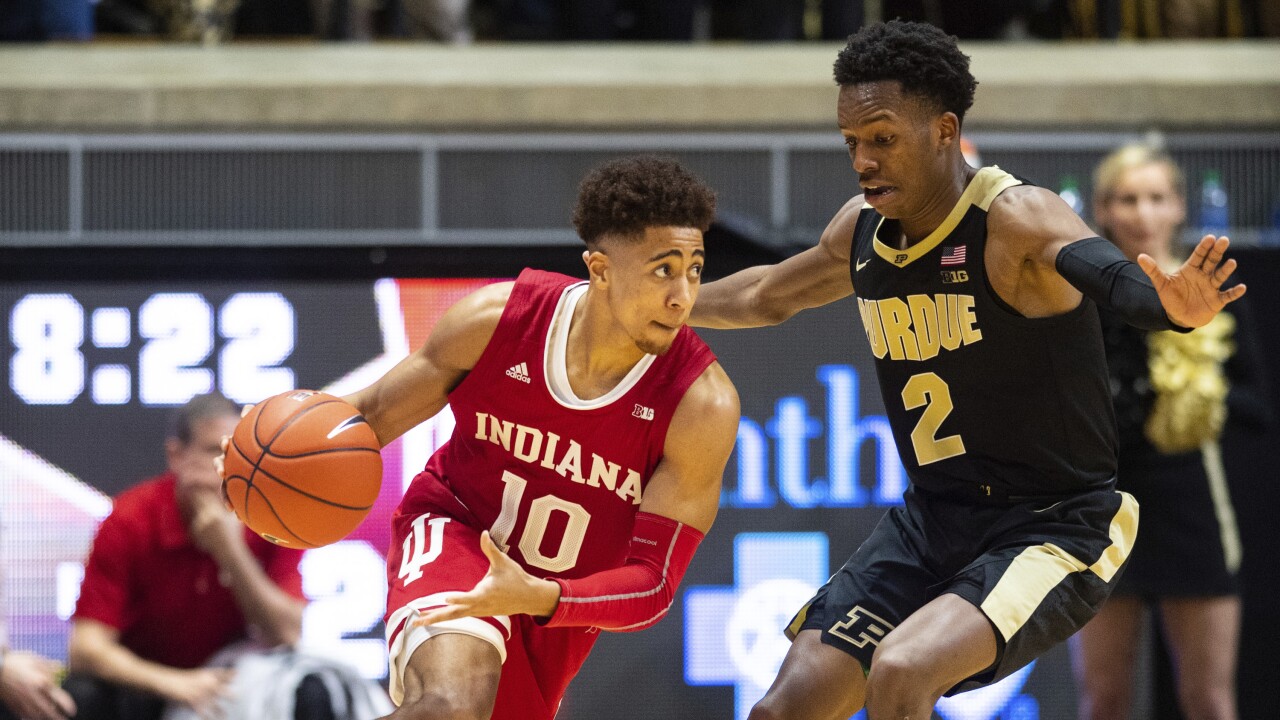 The Boilermakers (15-14, 8-10 Big Ten) snapped a four-game losing by winning a seventh straight against their in-state rival.

Devonte Green had 11 points and Justin Smith added eight for the Hoosiers (18-10, 8-9), who had a two-game winning streak end. Indiana has lost five straight at Mackey Arena over the past seven years.

And with the Boilermakers desperate to turn things around, it got ugly fast.

Indiana missed its first four shots, all at the rim, then missed 13 consecutive shots during another first-half stretch and closed out the half by going scoreless over the final 3:44.

The Boilermakers finally took advantage, ending the decisive 10-2 run with an emphatic dunk from Hunter with two seconds left to make it 29-20.

Things got even worse the Hoosiers in the second half.

Purdue kept Indiana scoreless for the first 6:33, allowing the Boilermakers to extend the lead to 36-20.

Indiana finally charged back with to cut deficit to eight with 10:32 to go and got as close as 51-46, courtesy of two free throws from Green with 46 seconds left. But Purdue made its last six free throws to seal the win.

Indiana: The Hoosiers have had some rough patches this season — but nothing quite like this. They were 6 of 28 from the field and 2 of 9 on 3-pointers in the first half. They finished with a shooting percentage of 25.4% and 5 of 24 on 3s. So after it appeared the struggling offense had made some progress, Indiana now finds itself trying to rebound from an unforgettable loss.

Purdue: The Boilermakers continued to dominate this series with defense — and perhaps just in time to a last-ditch push for the NCAA Tournament. Purdue remains two games under .500 in conference play and might need to win its last two and a couple more in the conference tourney to solidify its resume. But at least they have a chance.

Indiana: Rob Phinisee scored seven points in his hometown. ... Joey Brunk had seven rebounds. ... The Hoosiers had a 16-12 advantage in offensive rebounds and 13 turnovers, eight in the first half. ... Indiana was outscored 34-20 in the paint.

Purdue: Williams had eight rebounds and Hunter Jr. matched his career high with seven. ... Matt Haarms wound up with six points, seven rebounds and two blocks. ... The Boilermakers had their own struggles, going 1 of 9 on 3s in the first half and finishing 2 of 17 from the arc.

Purdue: Closes out its conference road schedule Tuesday at No. 18 Iowa.