Baker Mayfield, Myles Garrett too much for Colts in loss to Browns 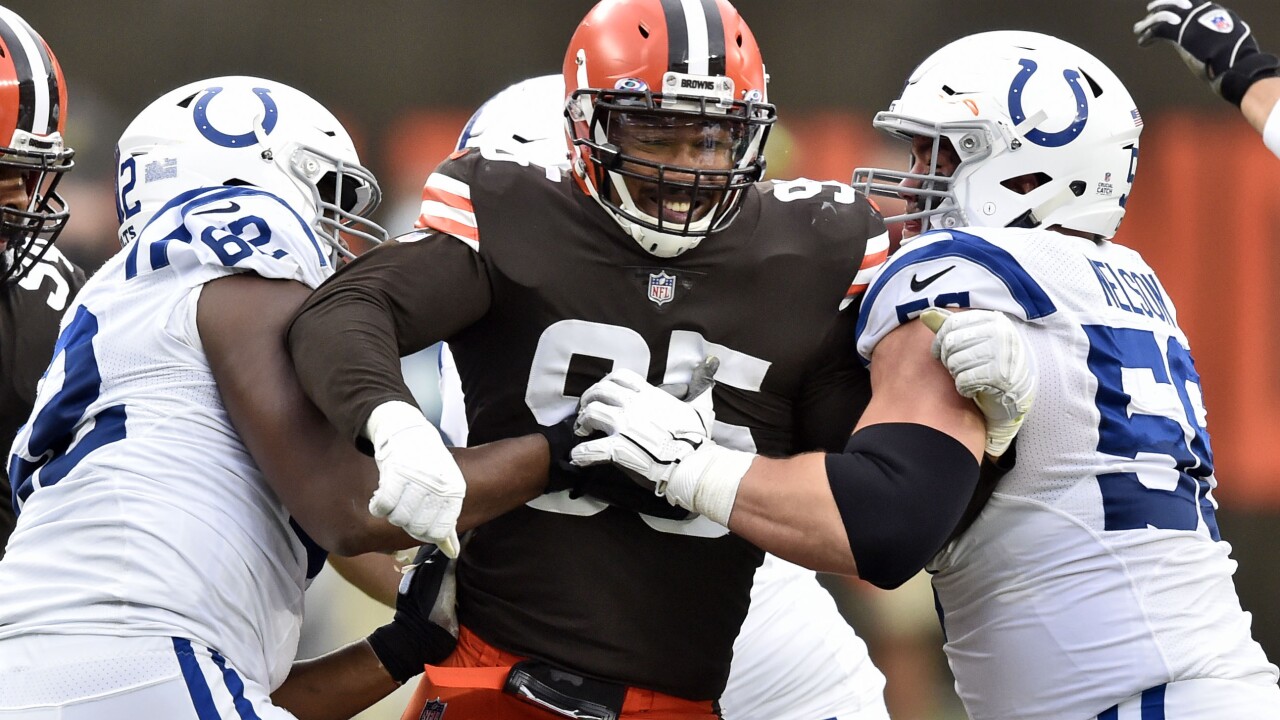 CLEVELAND — Baker Mayfield passed for a season-high 247 yards and two touchdowns against the NFL’s No. 1 defense, Myles Garrett forced a crucial safety in the fourth quarter and the Cleveland Browns beat the Indianapolis Colts 32-23 to improve to 4-1 for the first time since 1994.

Mayfield made sure the Browns (4-1) kept the momentum going in their first game without Pro Bowl running back Nick Chubb, who sprained his knee last week.

Mayfield, though, appeared to hurt his right hand in the fourth quarter.

Colts QB Philip Rivers was intercepted twice and the Colts fell to 3-2 on the season.