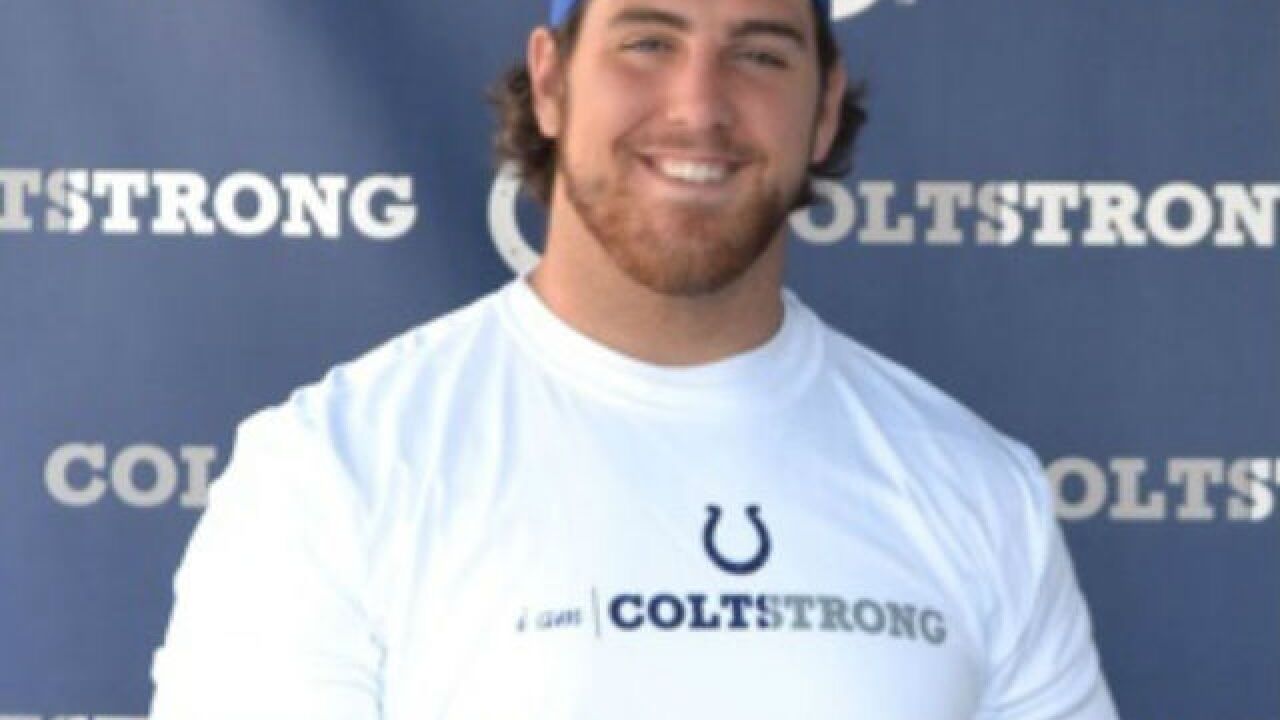 By: MICHAEL MAROT, AP Sports Writer
Posted at 7:56 AM, Sep 11, 2015
INDIANAPOLIS (AP) -- Anthony Castonzo has been protecting Indianapolis' most prized player for three seasons.
Now he's being rewarded.
On Thursday, the left tackle and Andrew Luck's blind-side protector agreed to a contract extension.
While the Colts didn't announce terms, a person with knowledge of the deal said it was for four years and $43.6 million. The person said Castonzo is expected to sign the contract Friday. The person requested anonymity because terms of the deal were not announced by team officials.
NFL Media initially reported the two sides were nearing agreement on a $42 million deal.
Colts owner Jim Irsay and general manager Ryan Grigson had repeatedly made it clear that re-signing Castonzo was one of their top priorities.
"Left tackles like Anthony Castonzo are hard to come by," Grigson said in announcing the deal Thursday night. "He's a team first guy that works as hard at his craft as anyone I have ever been around regardless of position. His desire to be great literally consumes him and he is a shining example of the sacrifice it truly takes every single day to be at the top of his game come Sunday. From ownership on down we are all extremely happy that AC will be wearing the horseshoe for many years to come. "
In fact, at training camp last month, Irsay told reporters he hoped to have new deals with Pro Bowl receiver T.Y. Hilton and Castonzo before the season opener, Sunday at Buffalo.
Hilton and the Colts easily beat the deadline by agreeing to a five-year, $65 million contract on Aug. 13, allowing the Colts to work more exclusively on Castonzo.
Nobody should be happier than Luck, who now has his favorite receiver under contract through the 2020 season and his best offensive lineman under contract through 2019.
"I think obviously Anthony (Castonzo) has been such a rock over the last four years here," Luck said when asked Wednesday about the offensive line.
Castonzo, Indy's first-round draft pick in 2011, has easily been the team's most consistent offensive linemen throughout Luck's first three NFL seasons. Castonzo has started 60 career games, including 56 in a row, and he played an incredible 1,090 snaps last season. With Castonzo working on the edge, Luck hasn't missed a start.
"I take a lot of pride in that," Castonzo said last month. "I spend a lot of time in the offseason, not just trying to improve myself as a player, but doing stuff that is going to keep me healthy, to protect different joints and to protect things. It's all offseason which kind of allows me to be successful during the season"
And with the first two deals in place, Irsay and Grigson can now focus on locking up the most important piece in their quest to win multiple Super Bowls -- the franchise quarterback.
Luck, the top overall pick in the 2012 draft, has led the Colts to three consecutive playoff appearances, back-to-back AFC South titles and last year's conference championship game. Indy has already exercised Luck's fifth-year option, a move that assures he'll stay in town through 2016. But Irsay has repeatedly said he intends to give Luck one of the richest contracts in league history after this season.
But there's a lot more work still to be done to keep this group together.
Tight ends Dwayne Allen and Coby Fleener, starting linebacker Jerrell Freeman and starting cornerback Greg Toler are all set to become free agents in March, if the Colts can't reach deals with them before free agency opens.
Associated Press 2015