Forgettable debut: Rivers picked off twice in loss to Jags 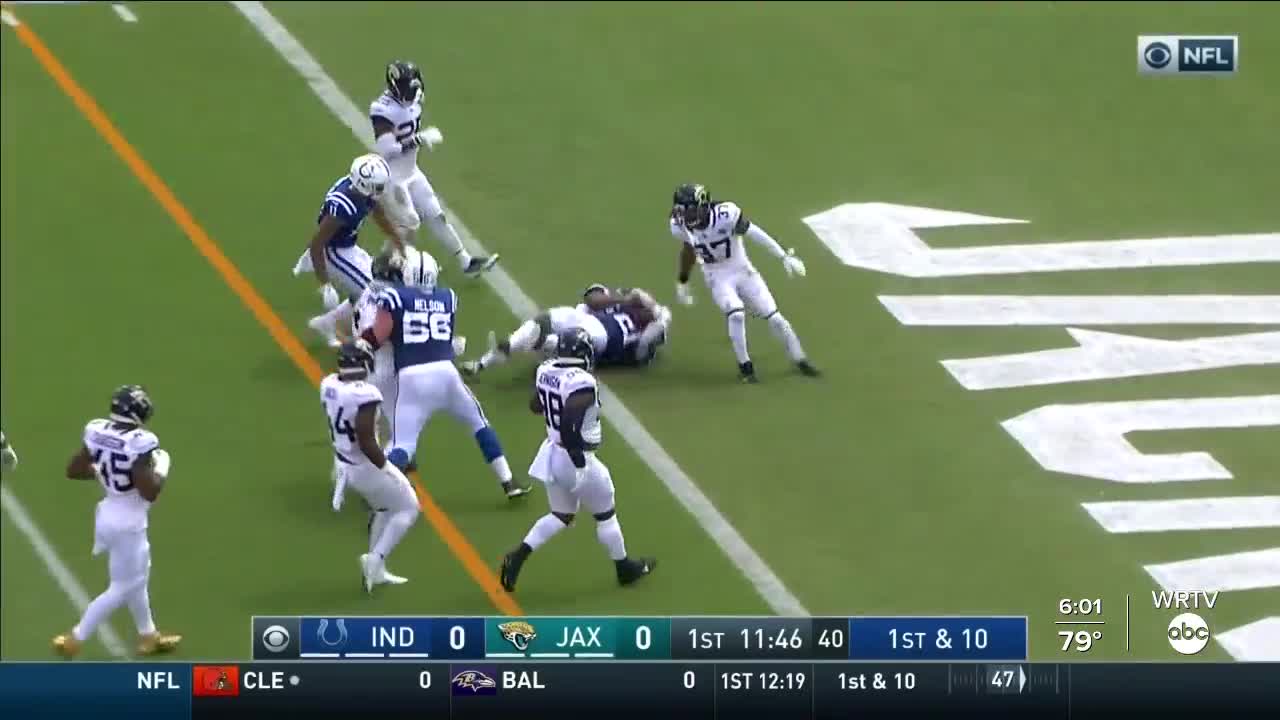 It was a rocky start for the Indianapolis Colts, with another frustrating week one.

Rivers threw two interceptions in a 27-20 loss at Jacksonville in the season opener and had another one negated by a penalty away from the ball.

It was, by far, his worst performance in 10 games against the Jaguars.

The longtime Chargers star who signed a one-year, $25 million contract to join the Colts in March, completed 36 of 46 passes for 363 yards and a touchdown.

But the costly turnovers overshadowed everything else.