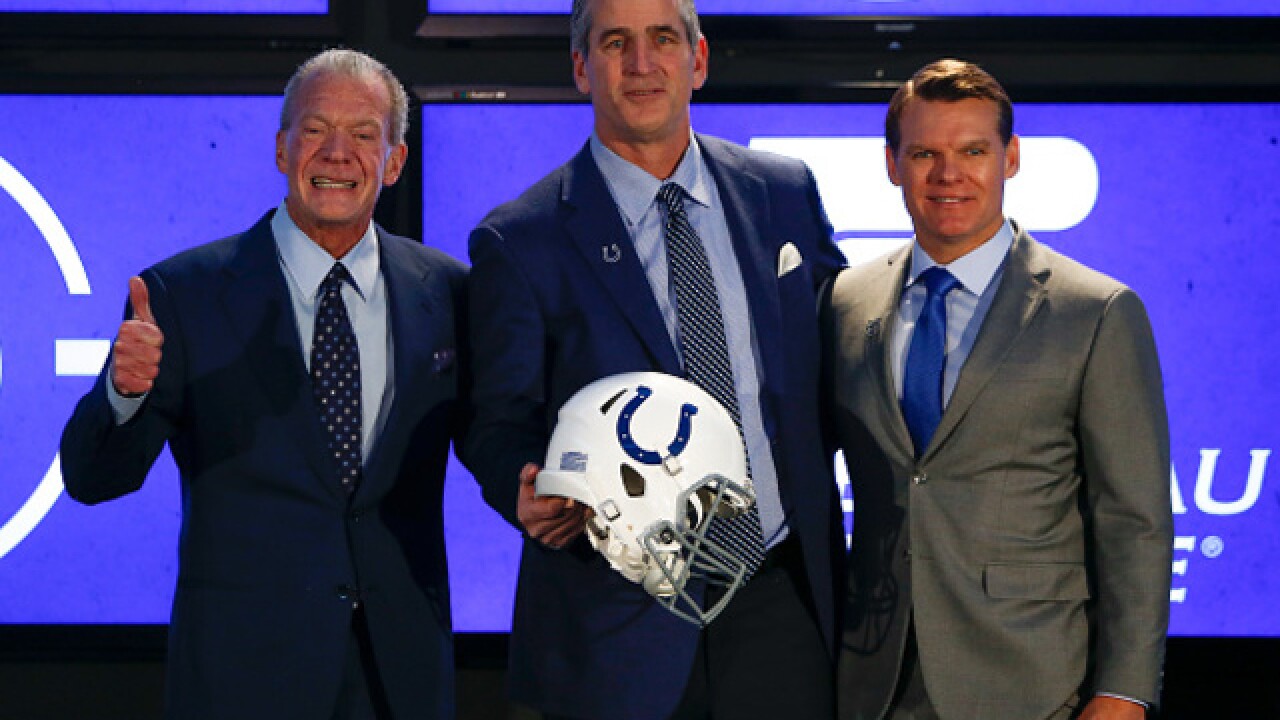 The announcement came exactly one week after the Colts had agreed to a deal with New England Patriots offensive coordinator Josh McDaniels. Eight hours later, McDaniels backed out of the deal and decided to remain with the Pats in the same job.

So the Colts instead went with Reich, who started his coaching career as an intern with the Colts in 2006.

Reich became the Colts' offensive assistant in 2008, moved to the quarterbacks coach in 2009 and then the wide receivers coach in 2011.

After the Colts, Reich took a job as the wide receivers coach for the Arizona Cardinals in 2012 and then became the quarterbacks coach for the San Diego Chargers in 2013 before doing a two-year stint as the Chargers' defensive coordinator starting in 2014.

Reich was hired as the offensive coordinator for the Philadelphia Eagles in 2016 and won a Super Bowl earlier this month.

Reich replaces Chuck Pagano, who was fired after going 4-12 in 2017 and the Colts missed the playoffs for the third straight year.