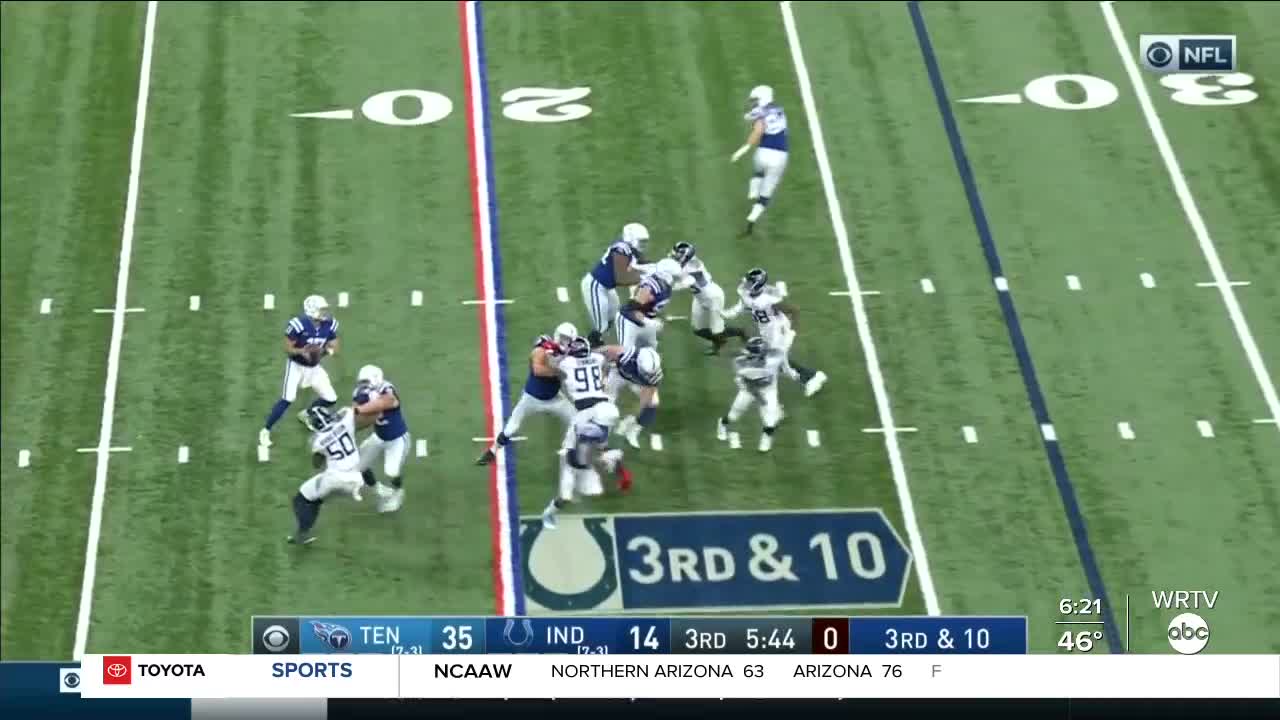 The Colts are no longer leading the AFC South after losing to the Titans Sunday afternoon in a big division matchup.

INDIANAPOLIS (AP) — NFL rushing leader Derrick Henry ran for 140 yards and three touchdowns in the first half and finished with 178 yards in leading the Tennessee Titans to a 45-26 victory at Indianapolis.

The win breaks a tie atop the AFC South and gives the Titans a split in the two-game series.

They have a tie-breaking advantage based on current division records.

And with the Colts' defense missing three key starters it wasn't even close.

Henry scored on runs of 12, 1 and 11 yards and served as a decoy on Ryan Tannehill's 1-yard TD run that gave Tennessee an insurmountable 35-14 halftime lead.