Indianapolis Colts to induct Robert Mathis in Ring of Honor 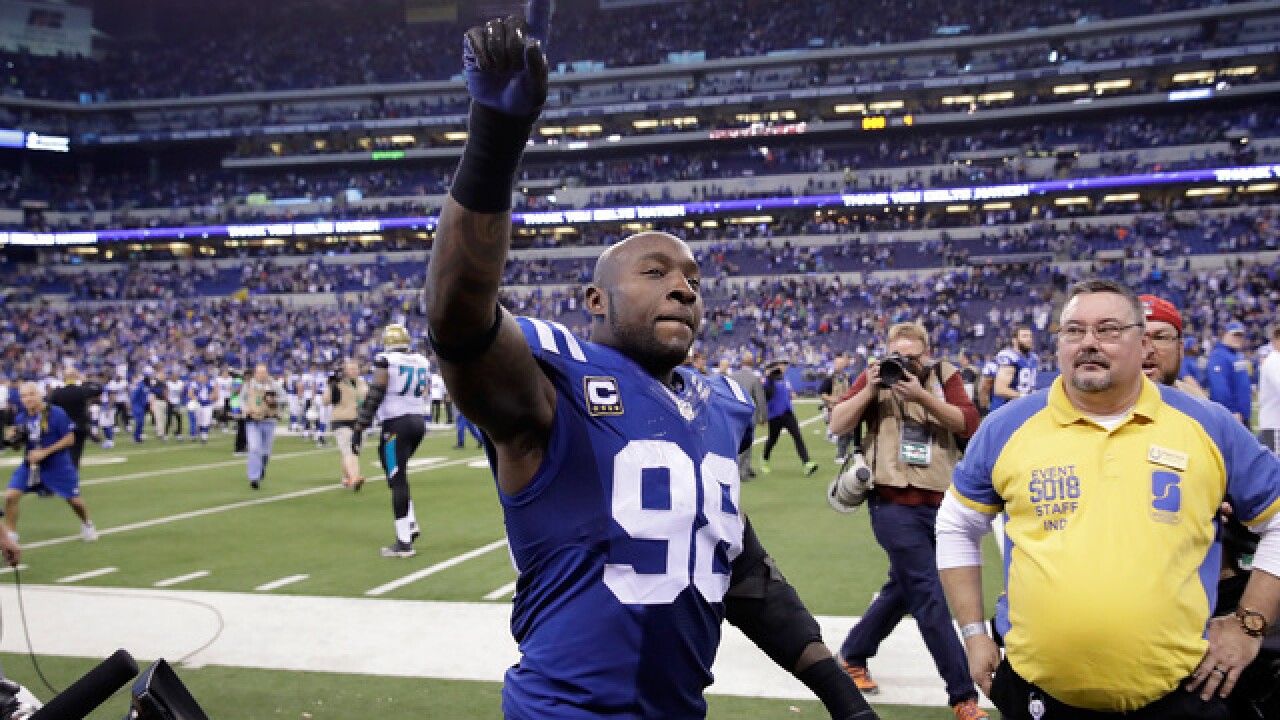 Andy Lyons
INDIANAPOLIS, IN - JANUARY 01: Robert Mathis #98 of the Indianapolis Colts waves to the crowd after the game against the Jacksonville Jaguars at Lucas Oil Stadium on January 1, 2017 in Indianapolis, Indiana. (Photo by Andy Lyons/Getty Images)

INDIANAPOLIS — Robert Mathis began his career as a fifth-round draft pick from Alabama A&M and ended it as the Indianapolis Colts' all-time sacks leader. Now, he will be inducted into the team's Ring of Honor.

Mathis will become the 17th member of the Ring of Honor on Nov. 22 when the Colts play the Green Bay Packers, the team announced Monday.

“He was undersized and underrated, but he made up for it with a motor that wouldn’t quit and a flawless technique that outmatched the most talented lineman in the league," Colts owner Jim Irsay said. "And to watch him strip-sack the quarterback — which he did better and more than anyone in NFL history — was a thing of beauty. What’s more, Robert has stayed connected to the Horseshoe and has helped guide and teach our next generation of players."

Mathis was named to six consecutive Pro Bowls from 2008-13, and was voted a 2013 Associated Press and Sporting News First Team NFL All-Pro selection.

"We are so proud that his name and his Hall of Fame-worthy career will be celebrated and remembered in Indianapolis from this day forward," Irsay said.