Peyton Manning's advice to Andrew Luck as he returns includes 'the theory of 10,000 reps' 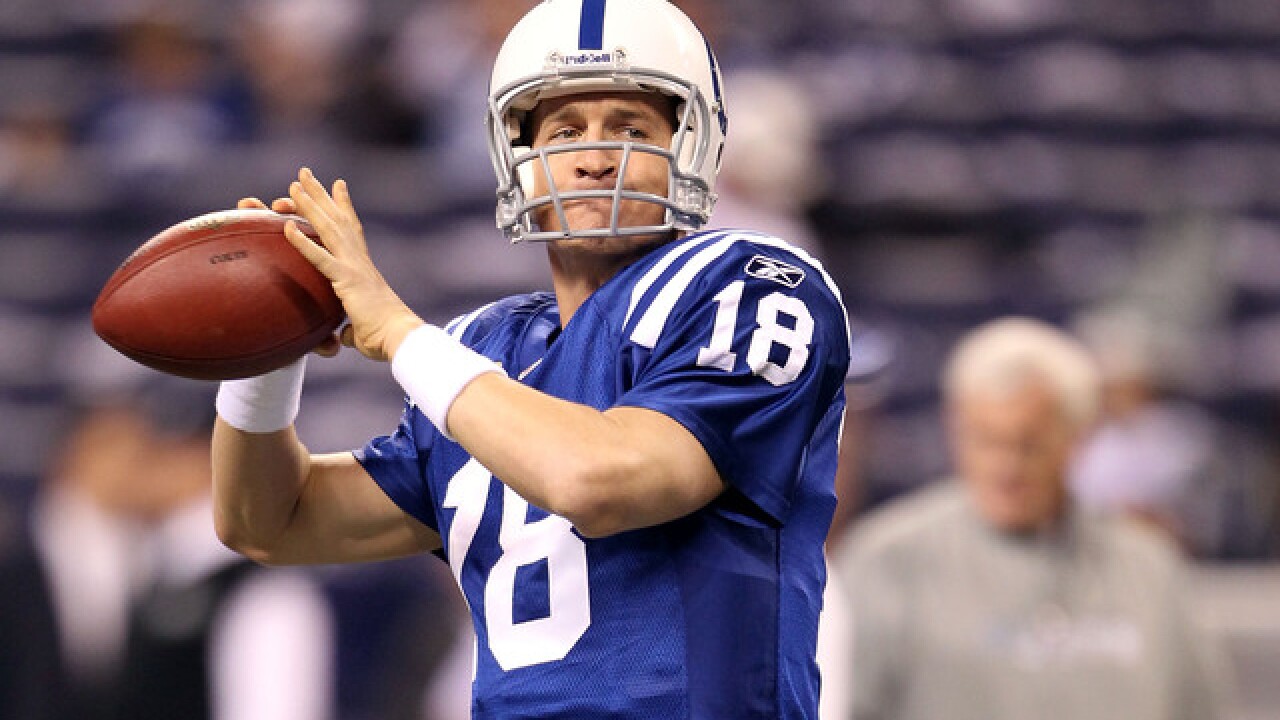 Andy Lyons
<p>INDIANAPOLIS, IN - JANUARY 08: Peyton Manning #18 of the Indianapolis Colts warms up against the New York Jets during their 2011 AFC wild card playoff game at Lucas Oil Stadium on January 8, 2011 in Indianapolis, Indiana. (Photo by Andy Lyons/Getty Images)</p>

INDIANAPOLIS -- Keep up with those reps.

That's the advice Peyton Manning has for Andrew Luck as he returns to play with the Indianapolis Colts after missing the entire 2017 season.

Their injuries may have been different but Manning knows a thing or two about being out of the game. He missed the entire 2011 season because of a neck injury while playing with the Colts - the final season of his 13-year career with the team.

“Everything is an individual thing, so you have to be careful speaking on it since injuries are different,” Manning told ESPN’s Mike Wells on Wednesday. "But it's also universal. For me, I was a (repetition) guy. I liked to get all the reps on practice. The theory of 10,000 reps, I believe in that. I felt like I was kind of behind because I hadn't gotten the reps even though you have a lot in the bank. It took me a few games before I felt like I was coming back. Getting as many reps as possible is key."

Luck missed the entire 2017 season with a right shoulder injury. He attempted a return late in the season but later admitted that he pushed too hard and had to sit out for the rest.

“I’ve gone and skipped steps before and paid for it," Luck said in an interview back in April. "Been in pain and not able to help the team. Embarrassed, guilty, whatever. I’m not going to do that again.”

Out for an entire season, Luck has now missed 26 games over the past three years and Manning says to get back in, he's going to need as many reps as he can as he learns to play with his team and the way the new coach's offense works.

"For me, coming off missing the entire year with the neck, I knew I was going to have to play a different kind of way, a different sort of physical state," Manning told ESPN. "I was looking for things like positive feedback from receivers on whether the ball felt the same coming in and then when you get into the game and you throw a deep out. We played a preseason game and I threw a deep comeback route, and that was a thing to check off the box. You want to do everything for the first time again. You want to get hit, you want to make a tight throw, have a two-minute drive. I wanted to do all those things again."