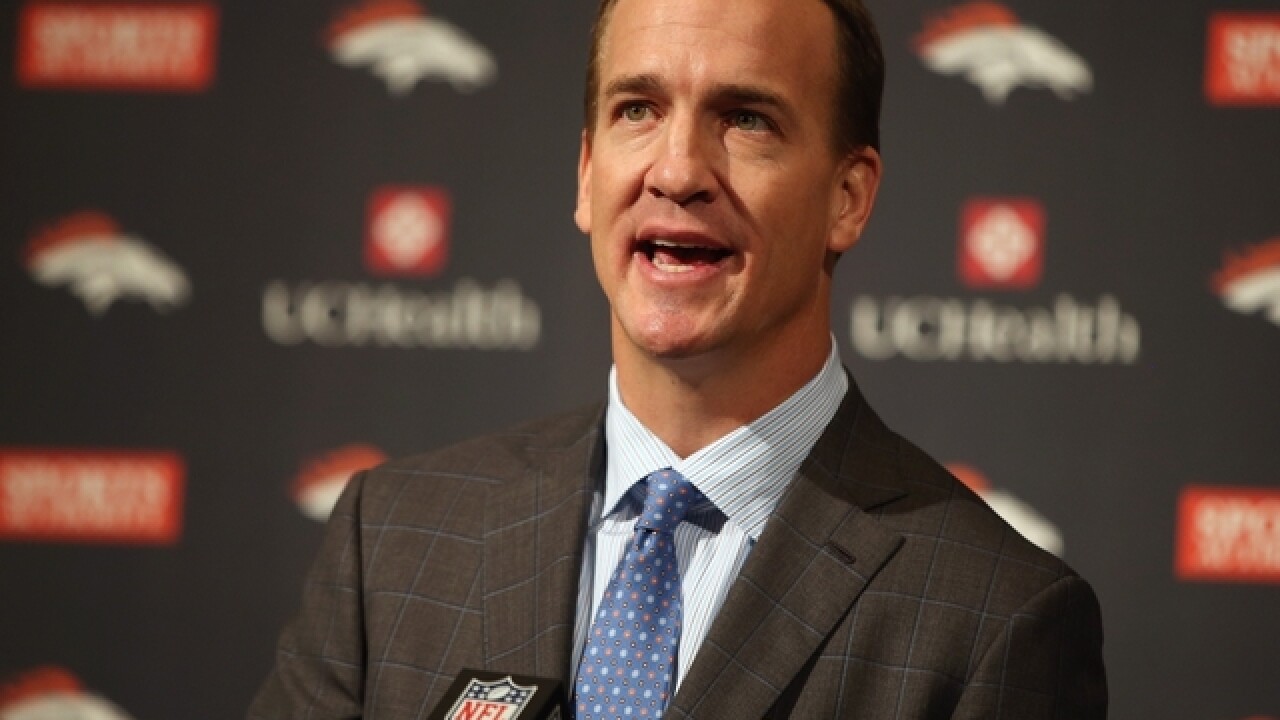 The event, which is in its 25th year, takes place on July 12 at 8 p.m. Eastern at the Microsoft Theater in Los Angeles, according to ESPN Media Zone. The show will air on ABC.

The ESPYS celebrates athletes, teams and top moments in sports.

Manning played football with the NFL for 18 years and retired in 2015. The Colts will reveal a statue of him on Oct. 7.

Since retiring, Manning has been on TV shows and in multiple commercials. He was also involved in the roast of actor Rob Lowe.

One thing Manning said he won't be involved in is politics.

“I have no interest in the political world, but would like to continue serving communities,” Manning said in March.

RELATED | Peyton Manning has 'no interest' in politics