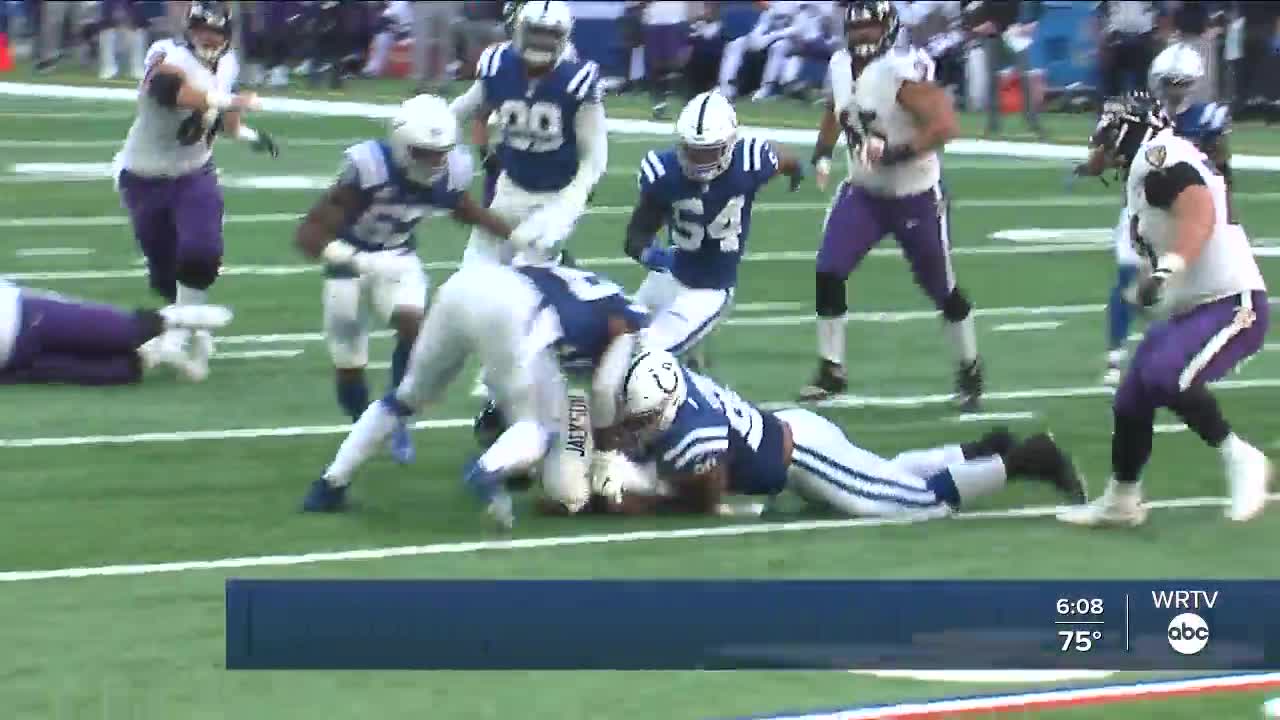 The Colts had a matchup against one of the league's top teams Sunday, and one of the NFL's best players on the opposing sideline as well.

INDIANAPOLIS (AP) — Lamar Jackson cranked up the tempo in the second half and the Baltimore Ravens took advantage by scoring two touchdowns in a 24-10 victory and broke the NFL record for consecutive games with 20 or more points.

The Ravens have done it in 31 straight to break a tie with Denver.

Baltimore also has won a league-high 10 consecutive road games including the franchise's first in Indianapolis.

The Ravens also ended a streak of 20 consecutive losses when trailing at halftime.