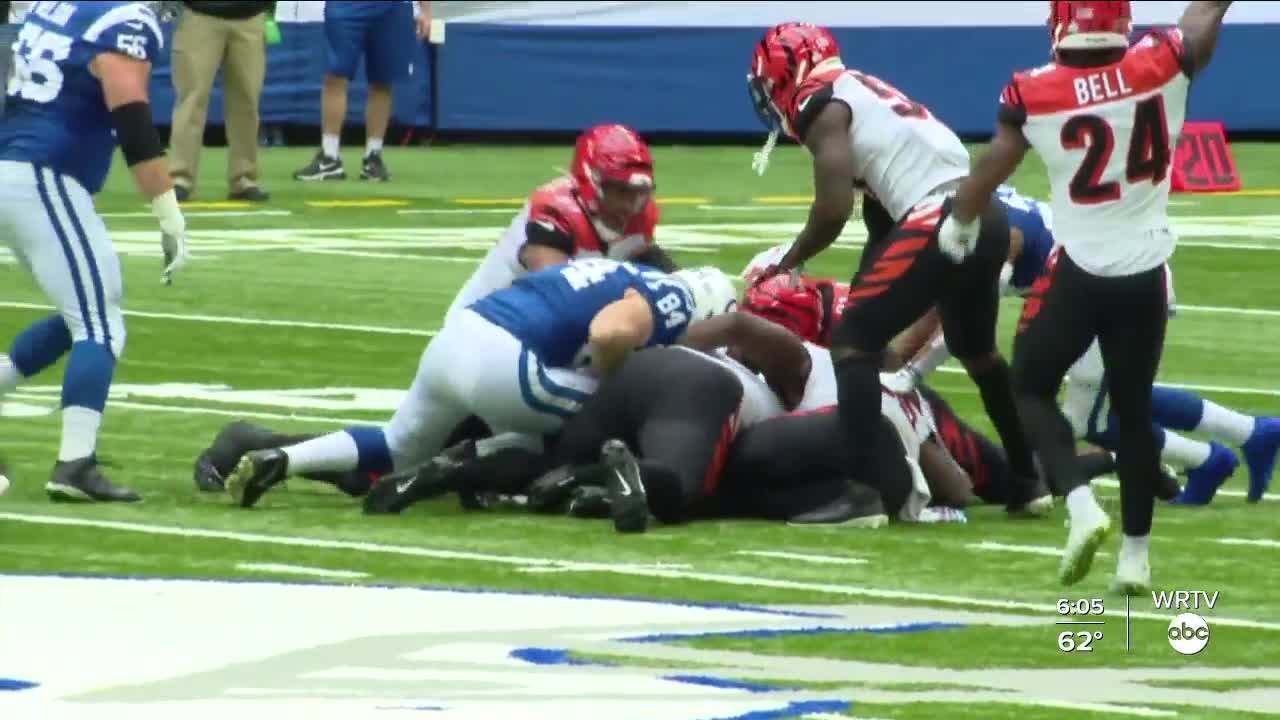 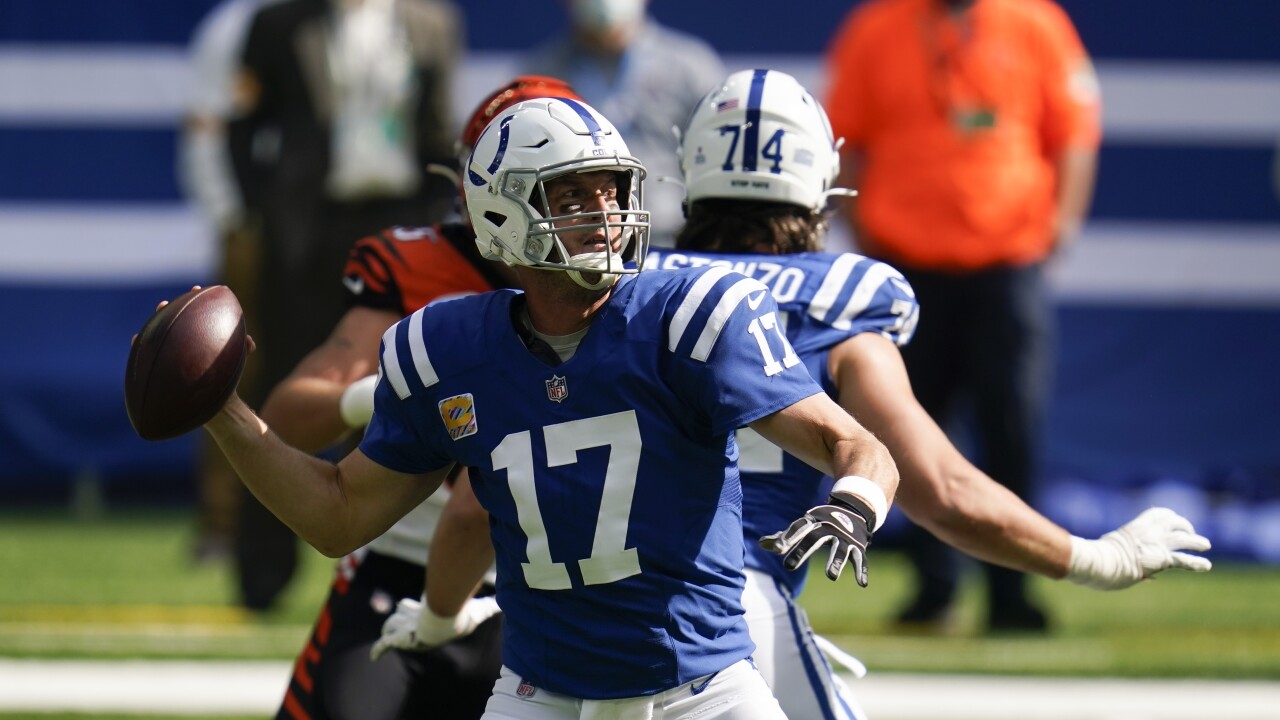 INDIANAPOLIS (AP) — Philip Rivers opened the fourth quarter by throwing a 14-yard touchdown pass to Jack Doyle to take the lead and helping the Indianapolis Colts to a 31-27 victory over the Cincinnati Bengals.

Indy trailed by 21 points early in the second quarter. The rally capped the greatest regular-season comeback in franchise history.

Rivers wound up 29 of 44 with 371 yards, three touchdowns and one interception.

Cincinnati could have regained the lead with a 48-yard field goal with 8:02 to play but Randy Bullock's kick hit the right upright.

Indy has won four of its last five.