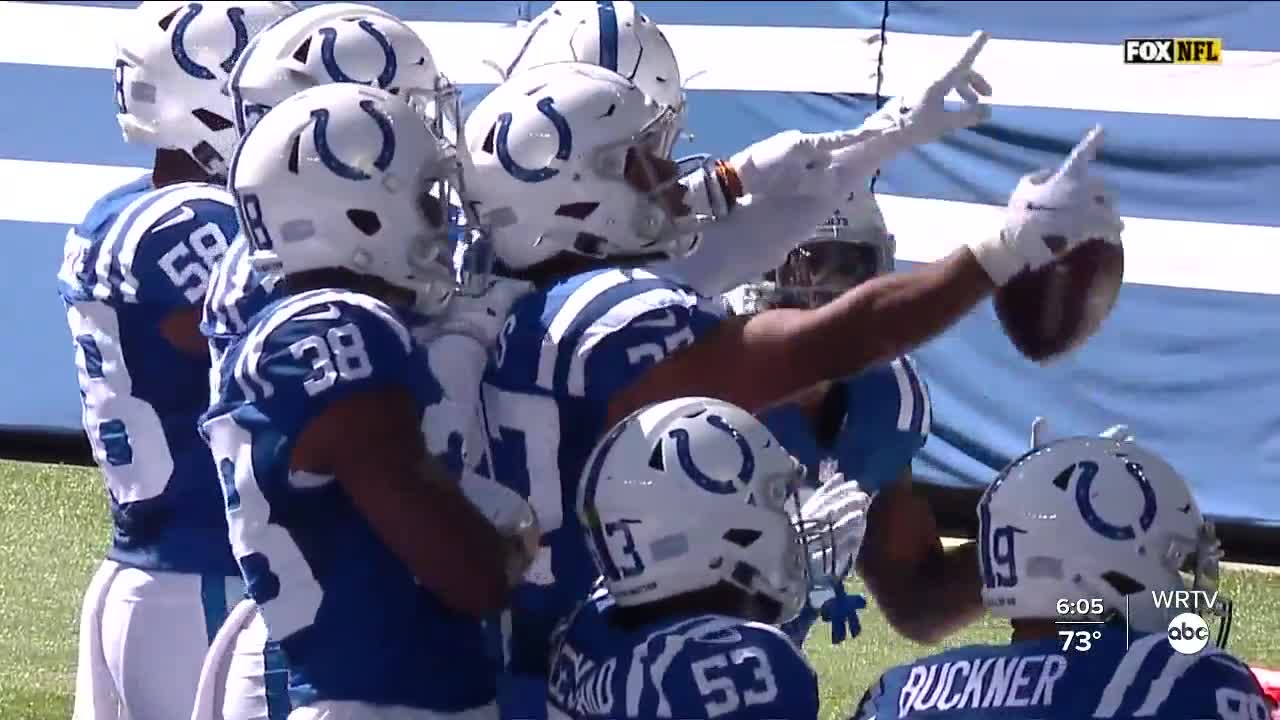 A handful of fans wearing blue and white at Lucas Oil Stadium were able to see the Colts win during their home opener,

INDIANANPOLIS (AP) — Jonathan Taylor ran for 101 yards and scored a touchdown in his first NFL start, leading the Indianapolis Colts past Minnesota for a 28-11 victory.

The Colts avoided their first 0-2 start in coach Frank Reich's three seasons and was win No. 124 for quarterback Philip Rivers.

He is now tied with Hall of Famer and former Vikings great Fran Tarkenton for No. 8 in NFL history.