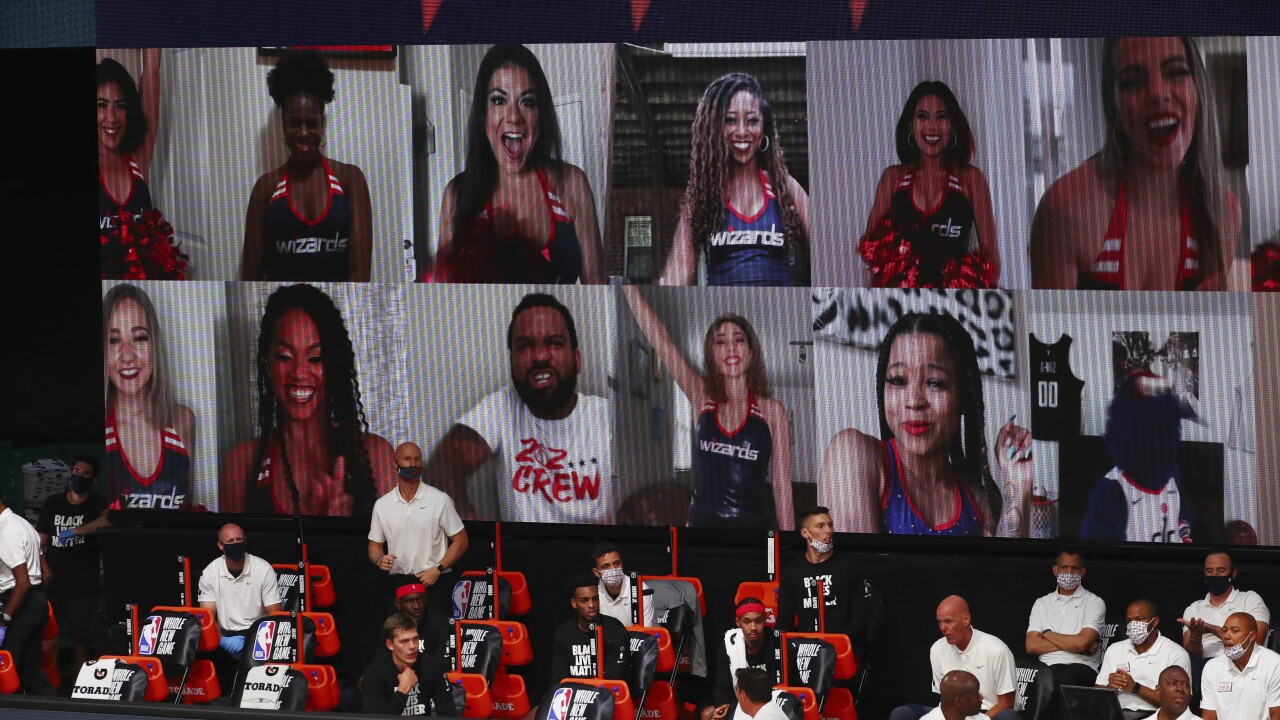 Kim Klement/AP
Virtual fans are displayed on a digital board in the first half of an NBA basketball game between the Washington Wizards and the Phoenix Suns in Lake Buena Vista, Fla., Friday, July 31, 2020. (Kim Klement/Pool Photo via AP)

INDIANAPOLIS — Fans can't watch the Pacers in person in Orlando, but the team is providing them with a chance to cheer on the team virtually.

Before each Pacers home game at the ESPN Wide World of Sports, the team will invite a select number of virtual fans to watch the game through their computers and have their video feeds shared live at the arena.

The video and audio feeds will be visible to players and people watching the broadcast on TV.

Fans can fill out a form to participate here.

The seats may not be green... BUT being a @Pacers Virtual Fan is the best way to cheer on the Blue and Gold while they’re in Orlando!

According to a list of frequently asked questions, virtual fans should sign into Microsoft Teams with their login at least 30 minutes before tip-off.

The Pacers ask fans to stay for the entire game. People can step away for a food or restroom break, but should not be away for long during the game.

Virtual fans can switch spots with other people in their household during the game, however, each fan is required to sign up in advance.

T.J. Warren scored a career-high 53 points Saturday to lead the Pacers to a 127-121 win over Philadelphia.