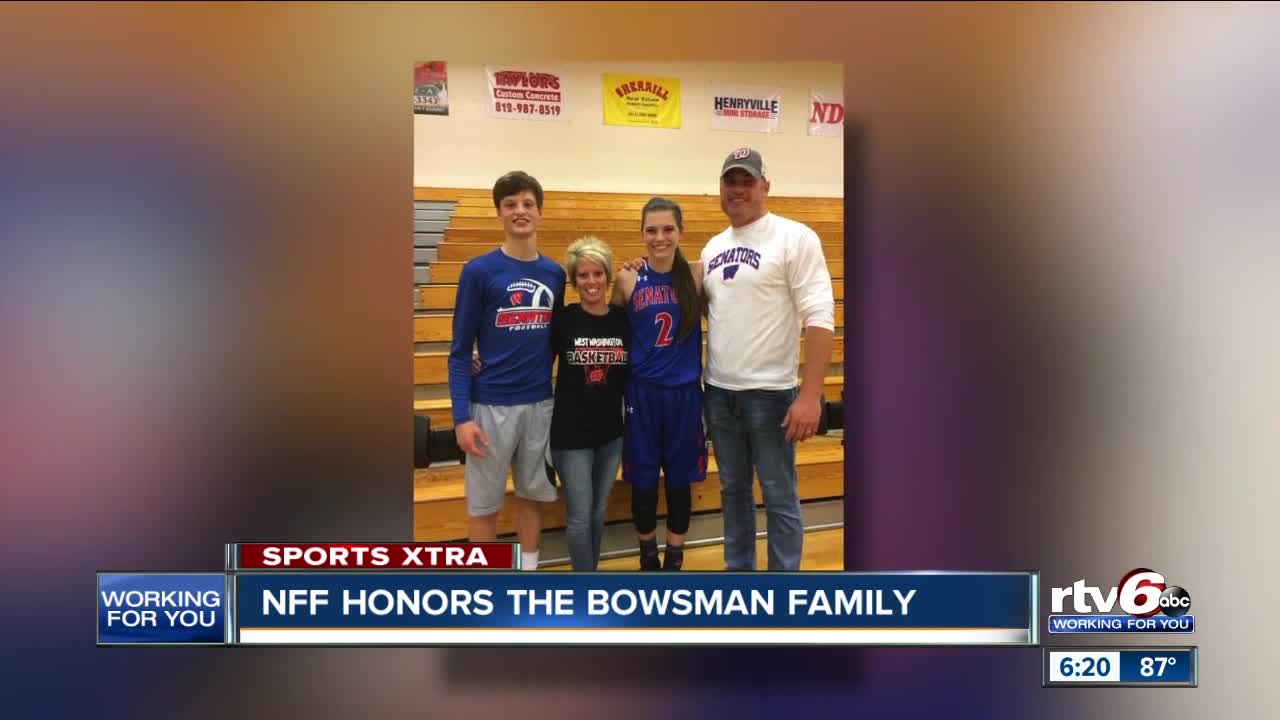 CAMPBELLSBURG — For over a decade, if it was West Washington football, it was Phillip Bowsman.

Promoted as an assistant, he and the program had been waiting for an opportunity like this and on a cold November night, they got it.

Semi-state is a big game. What did it mean to him?

"Everything," his son, Holden Bowsman said. "He'd been coaching for so long. He's always won sectionals. Then, he finally got that regional. And then going into that game and all that'd happened that week."

A health scare before a school assembly Wednesday of semi-state week sent Phillip to the hospital. Originally a headache, then passing out.

Doctors wanted to put in a pacemaker, but he would recover after the procedure to make it back in time to take his team to Indianapolis to play Lutheran.

When he went down again — a stroke — during the greatest moment of his football career.

What happened in the days that followed, inspiring a family, who'd just lost a husband, father, and coach.

The flag at half staff. Prayers at the local church. Memorials on the field. The phrase 'Bowsman Strong' on the lips of the entire community. And later that week, stadium lights from all around the state, honoring the Bowsmans.

"I mean it was amazing," Beth Bowsman, his widow, said. "You think we're this little school, literally surrounded by cornfields, to think all of these big schools are thinking about us, honoring him in that way, it was a comfort hard to explain."

There's talk of a statue outside the locker room and naming the new athletic facility after him. But first, recognized with the Central Indiana National Football Foundation Terry Courage Award. A father and coach of both his children, who was able to keep his roles separated, rarely talked sports at home.

"He actually coached me my senior year in basketball and the same thing, he never talked basketball until it was basketball," Maddie Bowsman, his daughter, said. "Then it was all basketball."

It was all set to culminate with Holden's senior year. After starting as a receiver, he's now the Senators quarterback. One final time.

What would his dad's message be heading into that senior season?

"Just enjoy it while you can because the four years have flown by," Holden said. "Just go out and have fun."

Holden thinks the team can make it back to semi-state.

A family. A father and a coach. The locker room isn't quite the same these days. None of it does. But football teaches life lessons. Power. Perseverance. None more so than now.