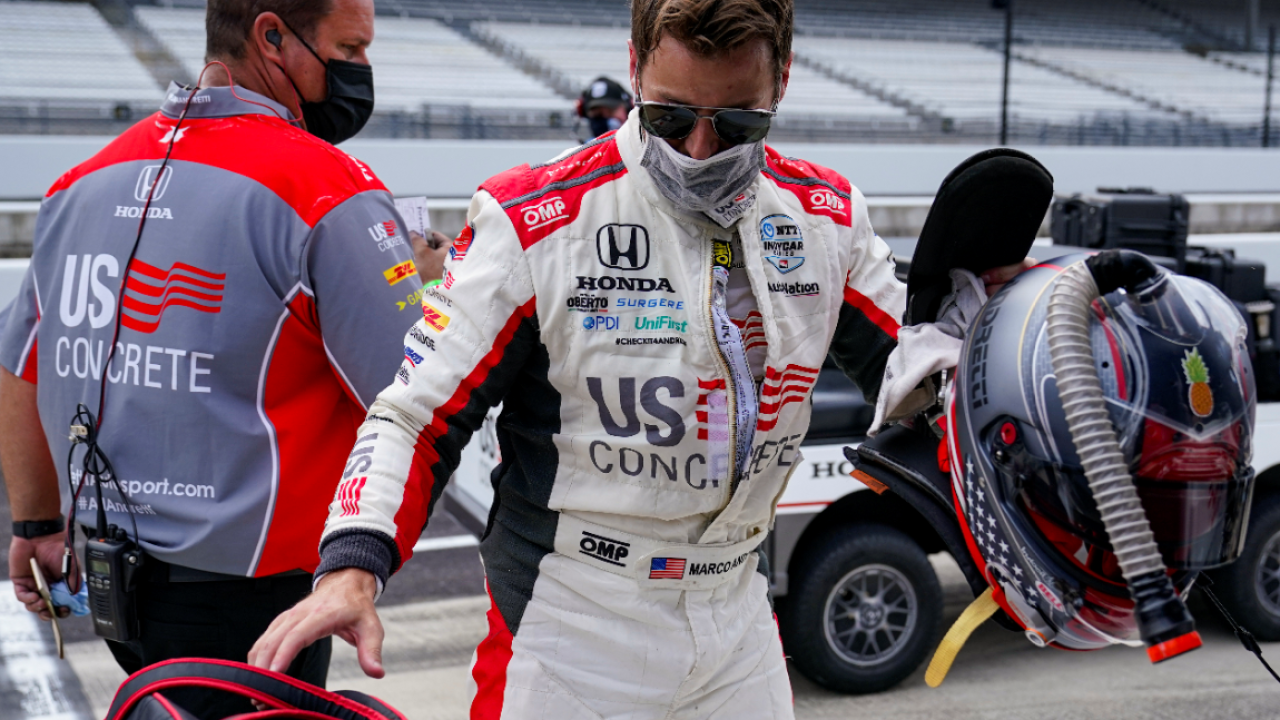 INDIANAPOLIS — Team Penske struggled with speed throughout Fast Friday, the day IndyCar grants a horsepower boost in advance of qualifications for the Indianapolis 500.

Marco Andretti topped 233 mph to lead a brigade of Honda-powered cars to the top of the speed chart. Conor Daly had the lone Chevrolet inside the top 10, he was second fastest behind Andretti, and the entire fleet of Roger Penske’s cars slogged around Indianapolis Motor Speedway.

“Look, we’re just not fast. Simply,” said 2018 winner Will Power. ”We’re just not going to be able to challenge Honda.”

Honda drivers claimed 12 of the first 13 spots on the speed chart headed into the final hour of practice.

The four-car Penske operation was one of the last teams to pit lane when the track opened Friday and nearly two hours passed before their drivers tested the added horsepower.

By the time the Penske’s were ready to go, Andretti had already logged a lap at 233.491 miles per hour.

Andrett’s trip around the track was the fastest lap in a practice — which is considered unofficial — since Sebastien Bourdais went 233.116 mph in 2017.

The official IMS speed record was set in 1996 when Arie Luyendyk turned a qualification lap at 237 mph.

It took just handful of laps for Team Penske to determine it had a problem. Reigning IndyCar champion Josef Newgarden went back to the garage and his teammates followed. The contingent of Power, Newgarden, three-time Indy 500 winner Helio Castroneves and defending race winner Simon Pagenaud all needed adjustments to handle their cars at increased speeds.

Pagenaud felt the high track surface temperature of 130 degrees and clear, sunny day did not suit the qualifying setup on the Penske cars.

“It is very difficult at these speeds to control the race car,” Pagenaud said.

Team Penske is owned by Roger Penske, who this January purchased the speedway, the series and the Indy 500. He has removed himself from competition aspects of the organization. His drivers have won the Indy 500 a record 18 times, and that number designates his prime infield parking spot in the shadow of the Pagoda.

Track position is expected to be critical in the Aug. 23 race and that’s as the entire Chevrolet camp tried to find improvements that can give them a shot at a starting spot on the front row, the Honda team showed impressive speed.

Andretti was the only driver to top 233 mph, but teammates Ryan Hunter-Reay, James Hinchcliffe, Alexander Rossi, Colton Herta and Zach Veach all topped 231.

“It is crazy jumping in with that boost,” said Hinchcliffe. “Going 231 around Indianapolis? Man, this is fun.”

Five-time IndyCar champion Scott Dixon was among the fastest Honda drivers even after his team lost almost 90 minutes trying to diagnose an electrical issue. The problem? “A key stroke in a piece of data that was incorrect,” Dixon said.

Qualifying for the Indy 500 spans two days, with spots 10 through 33 in the field decided Saturday. The fastest nine from the first day of qualifying advance to a final Sunday shootout to set the first three rows.