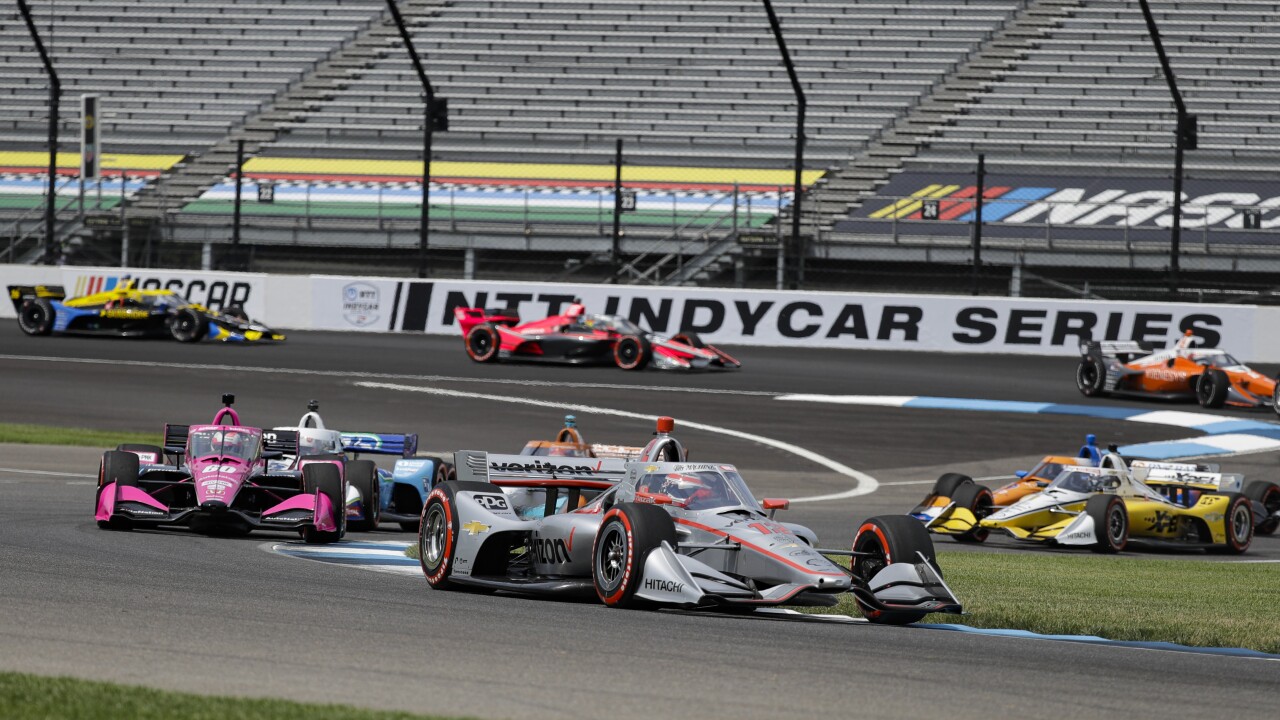 Darron Cummings/AP
Race driver Will Power, of Australia, leads the field into the second turn on the start of the IndyCar auto race at Indianapolis Motor Speedway in Indianapolis, Saturday, July 4, 2020. (AP Photo/Darron Cummings)

INDIANAPOLIS — The IndyCar doubleheader scheduled for Mid-Ohio next weekend has been postponed because of the spike in coronavirus cases across the nation, which means the series won’t race again until the Indianapolis 500 on Aug. 23.

Mid-Ohio recently joined Madison, Illinois, and the road course at Indianapolis Motor Speedway in becoming doublheaders to help fill out the IndyCar schedule after the West Coast swing to Portland and Laguna Seca were canceled. Now, the races scheduled for Aug. 7-9 will run at a date to be determined in September or October.

Meanwhile, restrictions in Connecticut and New York have forced IMSA to cancel is sports car races at Lime Rock Park and Watkins Glen. The round for GT cars at Lime Rock will shift to the roval at Charlotte as part of the NASCAR weekend Oct. 9-10, while the Watkins Glen event Labor Day weekend will head to Road Atlanta.

IMSA also is scheduled to run at Mid-Ohio in late September.