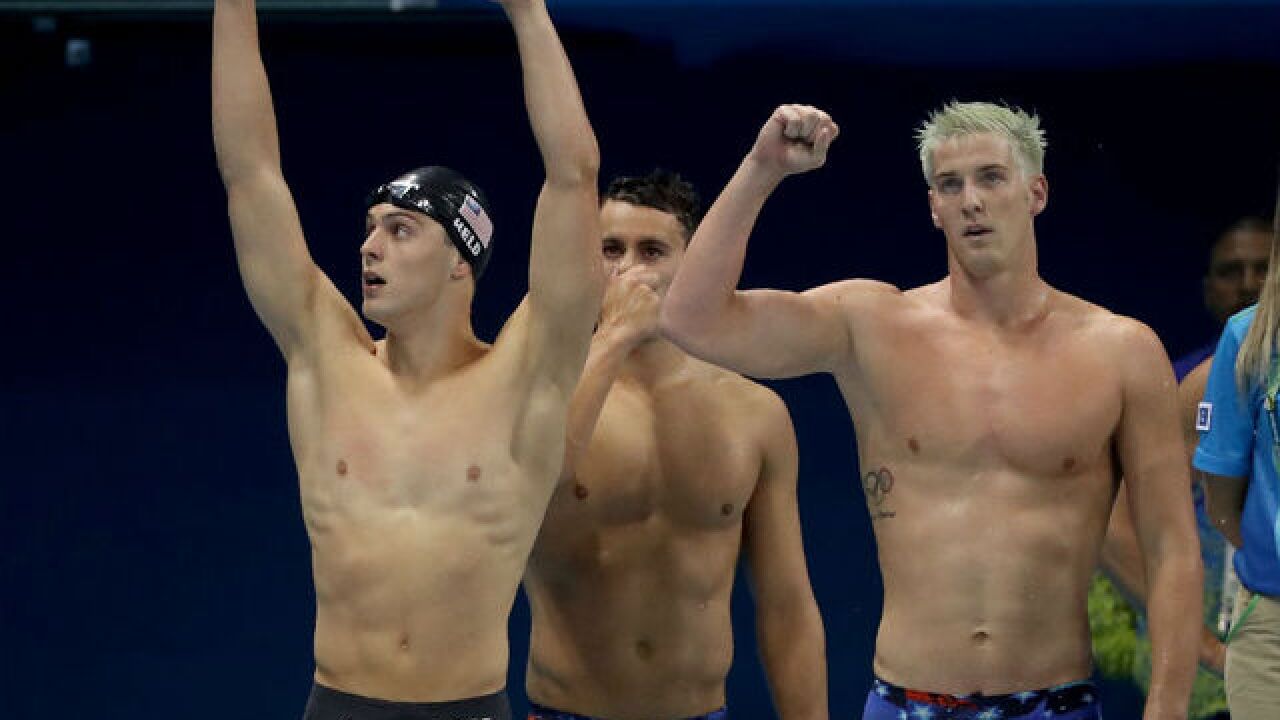 RIO DE JANEIRO -- An Indiana University swimmer who helped the U.S. men's 400 meter freestyle relay team reach the finals at Rio will have his own gold medal to show for it.

Blake Pieroni swam with Jimmy Feigen, Ryan Held and Anthony Ervin for a time of 3:12.38 in the preliminary round.

Qualifying was important, as the U.S. was embarrassed last year when it failed to make it to the final of the 400 meter freestyle relay at the FINA World Championships in Kazan.

Pieroni, a Valparaiso, Indiana, native, will also take home a gold medal for swimming for the U.S. in the preliminaries.

Copyright 2016 Scripps Media, Inc. The Associated Press contributed to this report. All rights reserved. This material may not be published, broadcast, rewritten, or redistributed.