Jacoby Brissett's injury: It's wait and see for the Colts 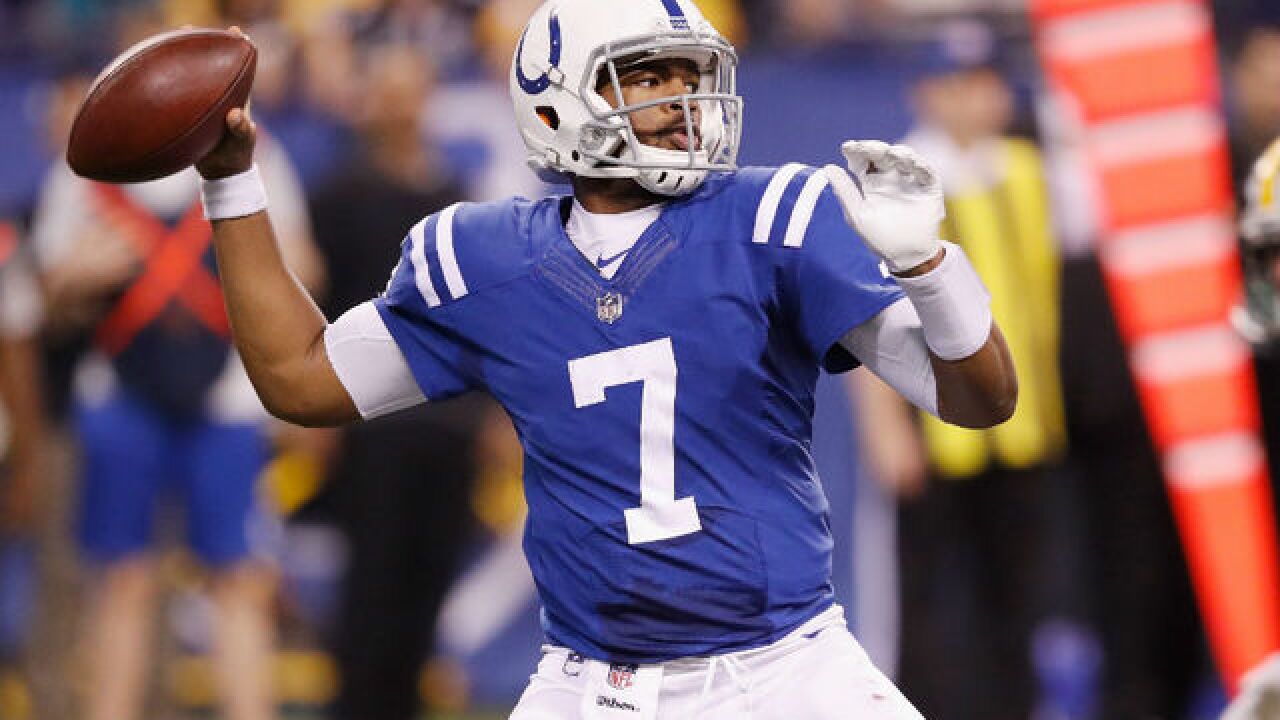 INDIANAPOLIS—Colts Coach Frank Reich says the team is waiting until mid-week to see how Jacoby Brissett's right knee is feeling.

Could Brissett be ready for next Sunday's home game with the Miami Dolphins? The Colts are not ruling it out.

"I talked to Jacoby this morning and he was feeling pretty decent, and you know Jacoby, he was pretty optimistic," said Reich in a Monday conference call with reporters. "We'll just have to wait and see how it progresses this week, but I was encouraged and we'll just see how it goes this week."

Brissett, who has started all eight games for the Colts this season, left Sunday's game at Pittsburgh in the first half with what turned out to be a sprained MCL in his left knee.

Backup QB Brian Hoyer made his first appearance of the season and threw three touchdown passes in the Colts 26-24 loss to the Steelers. Hoyer also had an intercepted pass returned 95-yards for a Pittsburgh touchdown.