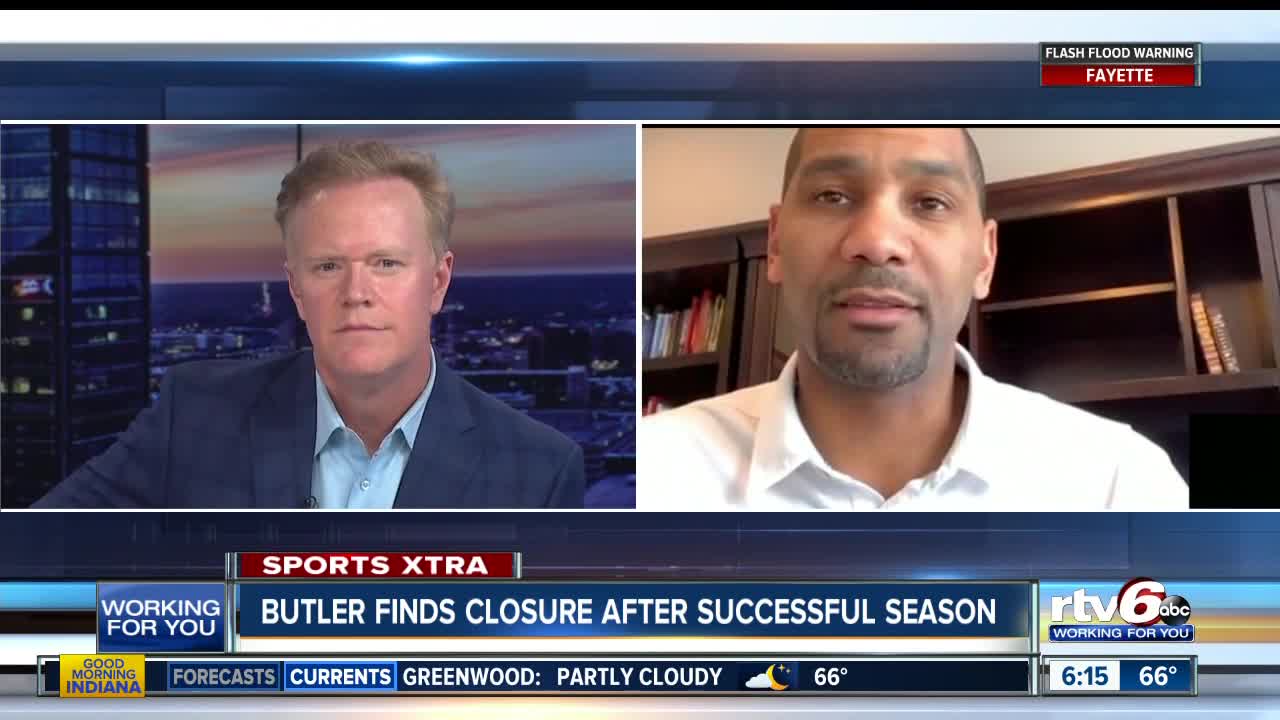 INDIANAPOLIS — The "big dance" should be underway, but instead, college basketball teams across the country are benched.

The NCAA canceled the annual tournament last week, leaving so many successful schools wondering how the tourney might have played out — including Butler.

No more packed arena. No more Trip. No more tourney.

What a strange week for the Butler Bulldogs.

"If you rewind the tape to last Thursday, it was a shock to the sports world. Just everything that happened, and it happened so fast," LaVall Jordan, the head coach of the Butler men's basketball team, said.

For Butler, they were at the team hotel, getting ready for their Big East tourney game against providence. When they watched, like the rest of us, Creighton and St. Johns reach halftime, the Big East commissioner Val Ackerman pulled the plug on the tournament.

Around 5:30 p.m. Thursday, a team meeting to hear the NCAA did the same to its own tournament.

And regardless of how optimistic any team would be, it's an abrupt end to the season for everyone.

"This was certainly unique because no one had an opportunity to lose. Just lose. But there were a lot of tears shed at that 5:30 meeting. I cried. They cried," Jordan said. "There was a lot of tears in there just knowing this group doesn't get to do it anymore."

And for the seniors, the end of the college careers for Sean McDermott, first-team All-Big east guard Kamar Baldwin, along with the outgoing Henry Baddley and Derrick Smits.

"I think they have a ton of self-satisfaction knowing every time they were able to be together, practice together, they were solely focused on the day," Jordan said. "We enjoyed the heck out of the ride."

A ride that saw the Dawgs climb as high as a school record, claiming sixth in the Associated Press poll, with 22 wins, which is the most in a few years.

Sadly, nothing but handshakes, pats on the back, and 'what ifs' for now.

"As a whole, you think about 'what could we have done,' the same for coaching staffs and other teams across the country. Everybody has that. No one knows the answer to that. There's perspective in there. Although it's difficult," Jordan said.

At least the Butler seniors leave with a few NCAA tournament games under their belt.

Many of the other payers have yet to play in a tournament game — they hope next year, they'll have that chance.