Miami turns up the heat on Pacers

Despite loss, Sabonis shines for Indiana 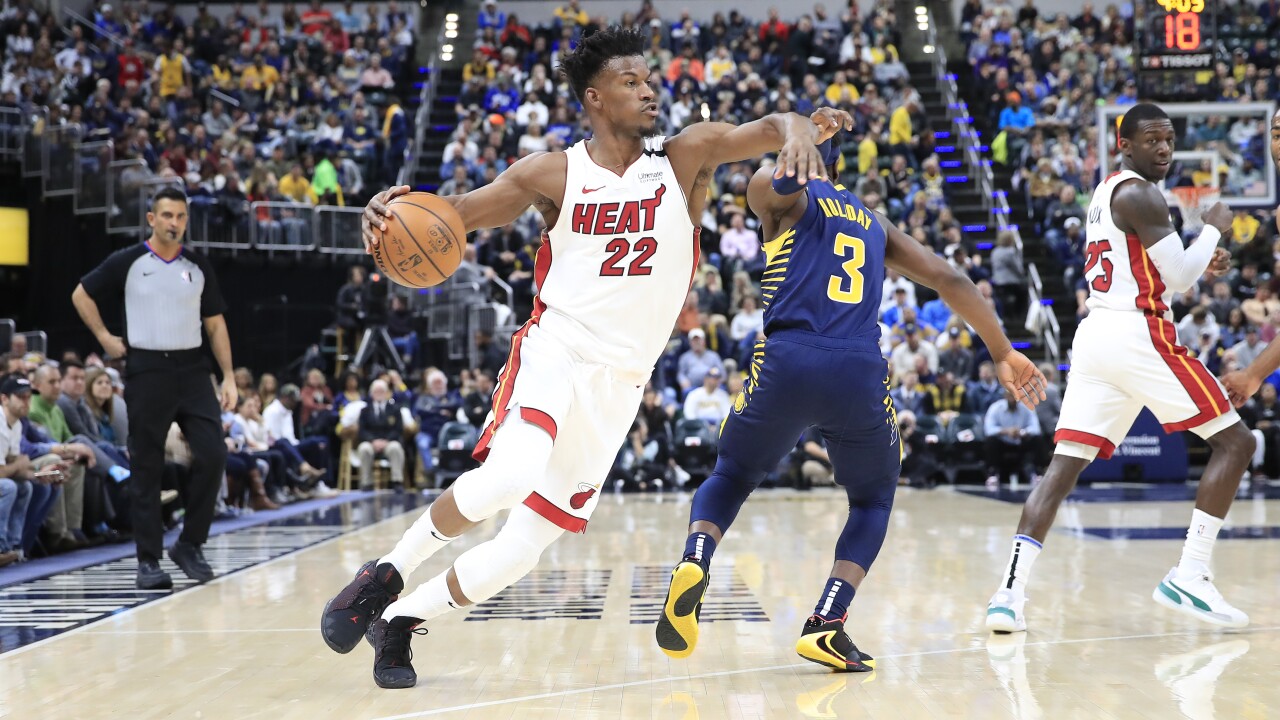 Andy Lyons/Getty Images
INDIANAPOLIS, INDIANA - JANUARY 08: Jimmy Butler #22 of the Miami Heat dribbles the ball against the Indiana Pacers at Bankers Life Fieldhouse on January 08, 2020 in Indianapolis, Indiana. NOTE TO USER: User expressly acknowledges and agrees that, by downloading and or using this photograph, User is consenting to the terms and conditions of the Getty Images License Agreement. (Photo by Andy Lyons/Getty Images)

INDIANAPOLIS — The Pacers got some good news off the court Wednesday. On the court, it was a different matter.

Victor Oladipo announced plans to resume playing on January 29, after missing a full year with a knee injury.

Later in the day, Indiana could have used Oladipo against Miami at Bankers Life Fieldhouse. The Pacers fell to the Heat 122-108 in a game that wasn't even that close.

The Heat had a 13 point lead at halftime then outscored Indiana 38-23 in the third quarter. Game over.

It also ended early for Indiana's T.J. Warren who was ejected in the third quarter following an altercation with the Heat's Jimmy Butler.

Miami had seven players score in double figures. For the Pacers, Domantas Sabonis led with 27 points, 14 rebounds and six assists.

Indiana's next game is Friday at Chicago.